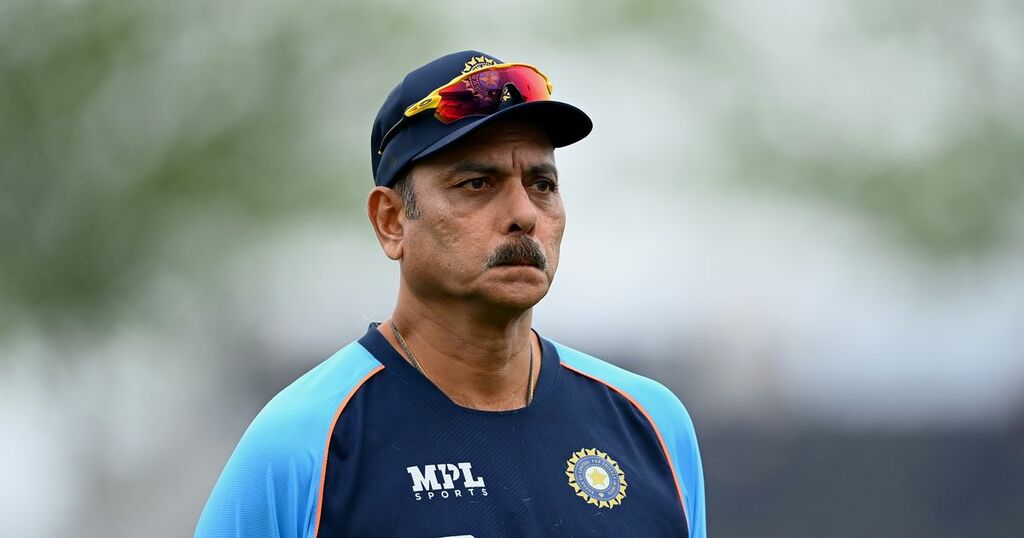 India 's head coach Ravi Shastri has hit back at criticism of his book launch party, after it was linked to the coronavirus outbreak among the India's backroom staff which caused the final Test against England at Old Trafford to be called off.

The launch party was held in London a few days before Shastri became the first member of the Indian camp to test positive for Covid during the fourth Test at The Oval.

Despite all members of India's playing squad testing negative, the game was scrapped "due to fears of a further increase in the number of COVID cases inside the camp".

According to a report from the Daily Telegraph, Shastri is being referred to as 'patient X' after his public book launch, which took place with 150 members of the public.

All of India's players were also in attendance at the event, where there was 'at least some close contact between public and players'.

The report states that ECB were 'furious' that the event took place as it had not been cleared by their Covid compliance team.

Should the fifth Test have been cancelled? Let us know in the comments section

However, Shastri has hit back at criticism of the event, telling Indian outlet Mid-Day : "The whole country is open. Anything could have happened from Test One."

ECB chief executive Tom Harrison was asked about the event on Friday and said: "The position we have had is for people to make decisions on what they think they are able to do or not.

"It’s not for ECB to say, in the context of trying to let people live more freely, we’re not influencing how they live their lives in the constraints of those living standards. That’s not how we operate."