‘Indefensible’: Tory MPs give verdicts on No 10 garden party 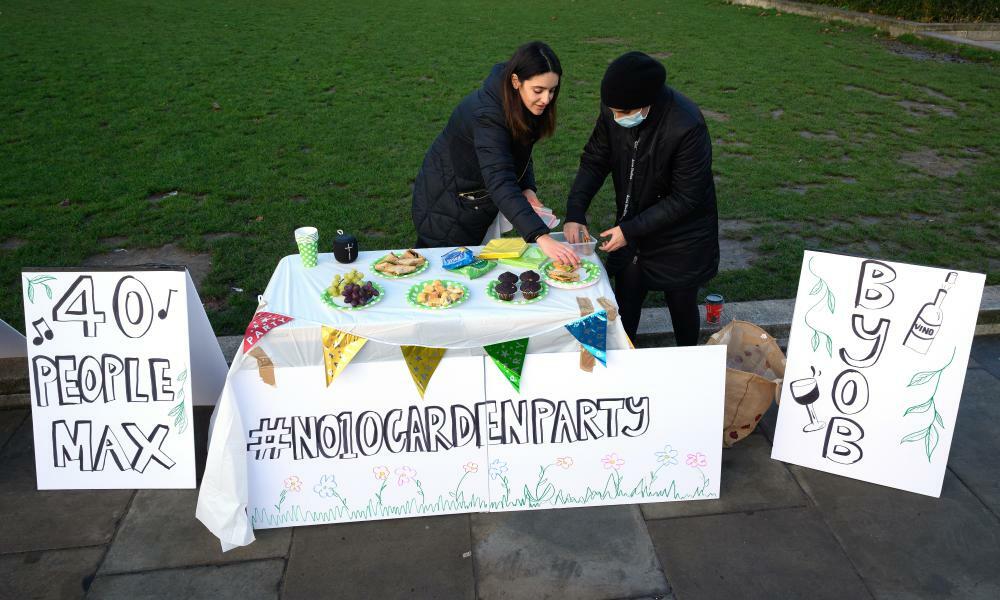 Boris Johnson is facing increasing pressure from Conservative MPs to publicly admit if he attended a rule-breaking garden party in Downing Street. About 100 staff were invited by the PM’s principal private secretary to bring a bottle and “make the most of the lovely weather”. But Johnson has declined to say whether he attended the event. These are just some of the responses from MPs to the furore.

It’s humiliating, and does not reflect the majority of my colleagues who at least try and lead by example.

Dr Neil Hudson, MP for Penrith and the Border:

I am appalled and shocked at the reports of further gatherings in May last year that are now coming to light this week … It is vital, if we are to maintain public trust, that government employees, politicians and officials follow the same rules as the rest of the country.

How do you defend the indefensible? You can’t! It’s embarrassing and what’s worse is it further erodes trust in politics when it’s already low. We need openness, trust and honesty in our politics now more than ever and that starts from the top.

Caroline Nokes, MP for Romsey and Southampton North and chair of the women and equalities select committee:

I have no words that can adequately express how angry I am at the ‘don’t do as I do, do as I say’ attitude that appears to have prevailed in Downing Street.

Mark Harper, MP for Forest of Dean and chair of the Covid Recovery Group:

These are serious allegations. The prime minister will be in the House of Commons [on Wednesday] … and I await his explanation with interest.

Douglas Ross, the leader of the Conservatives in Scotland:

I’m in no doubt that any member – whether the PM or otherwise – who deliberately misleads parliament cannot continue. They would have to resign.

Philip Davies, the MP for Shipley:

It is clearly unacceptable for anyone in government to be flouting the laws that they had imposed on everyone else. For some of the people who imposed those damaging laws to have been ignoring them will be a bitter pill to swallow for those who faithfully followed them even at huge personal cost, and is impossible to justify and defend.” (Bradford Telegraph and Argus)

I am deeply angered by the thought of any illegal gatherings, parties or social events which took place at Downing Street whilst the rest of the country was in lockdown and following the rules … If any event took place that was in breach of the rules, the strongest disciplinary action must be taken, and I will continue to follow any revelations on this closely.”

Laura Farris, MP for Newbury, told BBC Politics live she “would have declined” any such invitation to a party:

The rules were clear and unequivocal at that point in time. I don’t think anybody thought you were meant to be having parties.”

If the inquiry or the Metropolitan police find that the alleged activities were illegal and that the PM knew this, or was involved, then I think he should consider his position.”

Why can’t all the dirty linen be washed at once? Why are we getting this drip, drip feed of parties?”

I can’t see how anybody who organised a party or willingly chose to attend one can stay in any position where they’re setting Covid policy.”

Many of my constituents have sacrificed so much – not being able to visit sick or grieving relatives or attend funerals. I am clear that those who set the rules must abide by them or face the consequences.”

If the PM has misled parliament, it’s an extremely serious matter and that, coupled with other investigations that have arisen, places the PM in an untenable situation.