An incredible 16-year-old golfing star from Gateshead has been invited to her first-ever Ladies European Tour which is being held in Belgium. Faye Wheatley started playing golf at the age of just 10 following in her grandad and uncle's footsteps.

The talented youngster became the 25th Faldo Series Europe Grand Final winner in 2021 and was recently invited to play in her first-ever Ladies European Tour event by professional golfer Sir Nick Faldo. He launched the Faldo Series in 1996 to provide opportunities to young golfers under the age of 21.

And after dominating the Faldo Series, Faye has her sights set on the Belgian Open which is taking place at the Naxhelet Golf Club in Belgium from May 27 to May 29, 2022. There she will compete alongside some of the best players on tour, including golfing legends such as Dame Laura Davies and Trish Johnson.

Faye, who plays at Whickham Golf Club, said: "I'm mainly going for the experience, it's amazing to just be there around all these amazing players. I'm really excited!

"My grandad has played for England and my uncle plays professional golf so that really encouraged me to want to do it. I started when I was 10 and it was just for fun but I just want to get better all the time.

"I like to compete and for me, if I'm not enjoying it then there's no point. I'm doing it because I enjoy it and that's the most important part, it's not all about winning. I just keep trying to get better."

Faye's coach Steven McDonnell has set up a Go Fund Me page to try and raise £2,000 which will go towards travel expenses from Newcastle to Belgium as well as accommodation costs. He said Faye will gain "invaluable experience" in Belgium.

Steven said: "Faye has broken course records, won the Faldo series, and now gets to compete in the biggest ladies' tournament in Europe. This is huge for her. She will gain invaluable experience and will undoubtedly be inspired by what the future may hold.

"She's quite relaxed about it but if she does start to put a little bit of pressure on herself, we just have to get her back to the mindset of her being a little girl hitting golf balls on the course. She's been training from a young age and she's from a big golfing background.

"Faye is going through a lot of changes at the moment but her school is trying to help her out so she can take exams at different times if she's competing and she has lots of support. She is so likeable and she's a wonderful player."

If you would like to donate to the Go Fund Me page, you can do so here. 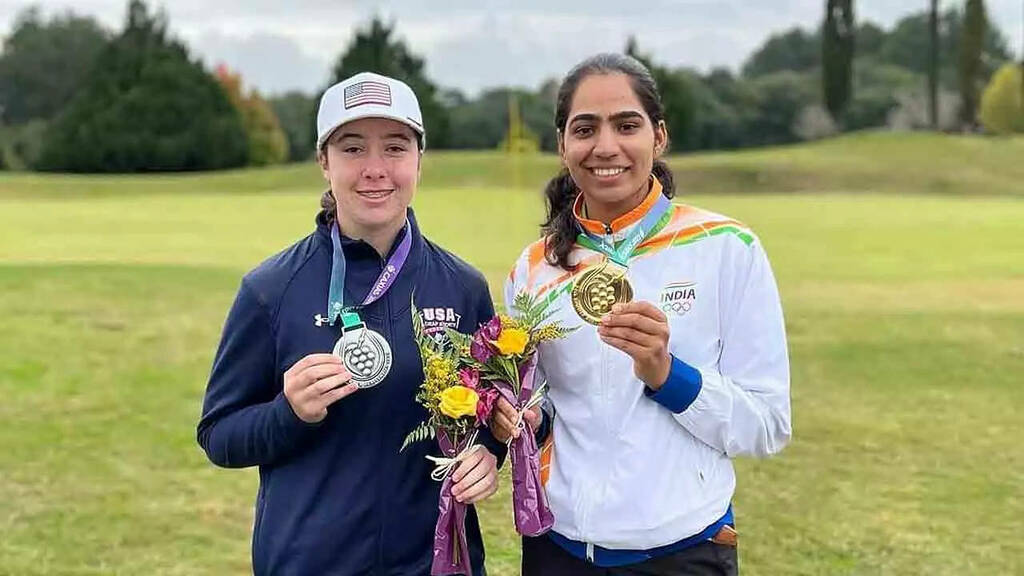