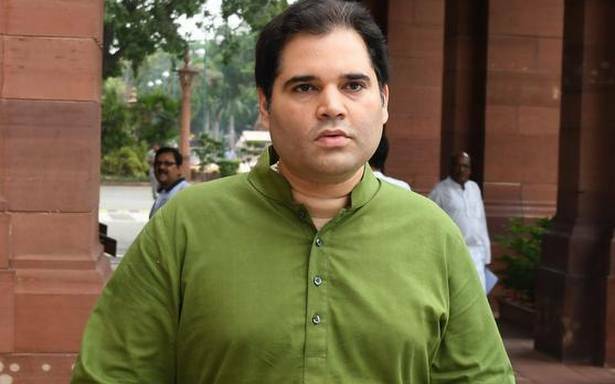 After speaking in support of the protesting farmers recently, BJP MP from Pilibhit, Varun Gandhi, on Sunday wrote a letter to Uttar Pradesh Chief Minister Yogi Adityanath demanding a resolution to the grievances of farmers.

Mr. Gandhi demanded that the State government hike the MSP of sugarcane in the 2021-22 season to at least ₹400 per quintal and immediately pay the farmers their pending arrears.

Mr. Gandhi, who met a delegation of farmers from his constituency recently, also demanded that the government consider declaring an additional bonus of ₹200 per quintal on the purchase of wheat and paddy. The electricity rates should also be reduced and effective measures be taken to tackle the menace of stray cattle, he said.

Mr. Gandhi, while praising the efforts of the Adityanath government on various fronts, also demanded that the amount under the PM KISAN scheme be doubled to ₹12,000, with the State government contributing ₹6,000 from its own funds.

"In the last four years of your tenure, you have taken several steps in interest of farmers, which I appreciate..." Mr. Gandhi said in his letter.

"I hope the voice of the sons of the soil will be heard," Mr. Gandhi tweeted.

Talking Politics with Nistula Hebbar | What happened at the Muzaffarnagar Kisan Mahapanchayat?