In The End, Tacko Fall Never Had Enough Time With The Boston Celtics 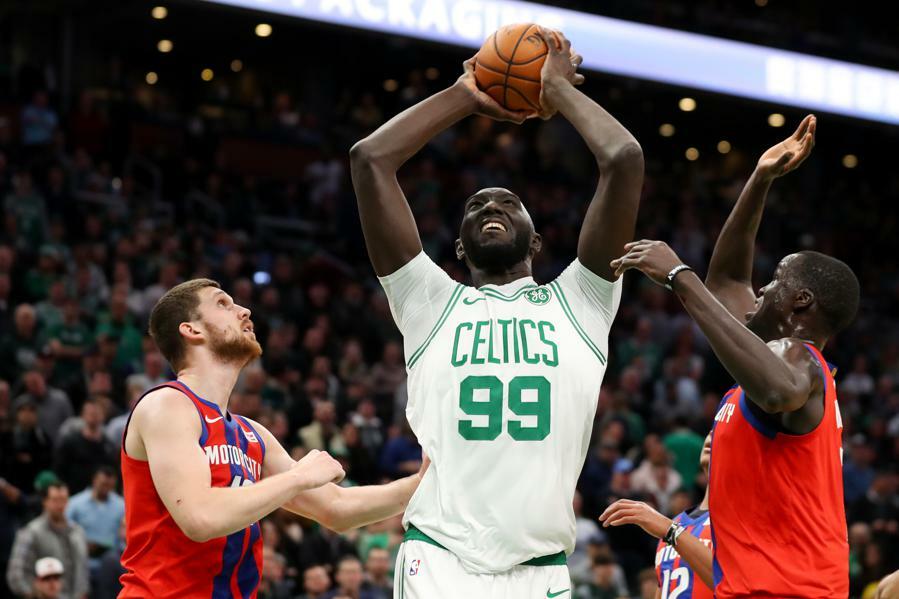 Tacko Tuesdays are officially over in Boston. It was pretty much assumed that Tacko Fall, the tallest player in the NBA, would not be back with the Boston Celtics after the team declined to re-sign him earlier in the offseason. Last week, the Cleveland Cavaliers made the ending official when they signed Fall to a one-year deal.

The Celtics signed Tacko Fall to an Exhibit 10 Contract in 2019 after the 7-foot-5 center gained nationwide attention during his four-year stint with UCF. The Celtics signed Fall, who grew up in Senegal and came to the sport as relative newcomer, after he fell out of the NBA draft. They did this realizing he was going to be something of a project, so the team signed him as a two-way player who would split time between the NBA club and the G League Maine Red Claws (who are now rebranding as the Maine Celtics).

In his rookie season, Fall became a cult sensation. Crowds would go so far as to start chanting his name during games that had essentially been decided, something which became so common that it even sometimes happened in the opposing team’s stadium. A second year as one of Boston’s two two-way players was supposed to give him enough professional experience for the team to figure out if he had a future with the team or not.

Unfortunately, Fall just ended up being a victim of timing: the Red Claws shut down for the entire season thanks to the ongoing Covid-19 pandemic. This meant that Fall was only getting reps with the main club in less than ideal situations. Most often, Fall would appear in garbage time or stretches where they were so shorthanded that head coach Brad Stevens penciled Fall just as a change-of-pace big man option. In the end, he appeared in just 26 games with the Celtics, averaging 2.7 points and 2.6 rebounds per game while strongly suggesting that his shot-blocking skills have earned him a longer look from a team.

Fall deserves a chance to prove that he’s more than a curiosity, but the Cavaliers might not be the ideal landing spot. After all, they just acquired Lauri Markkanen from the Chicago Bulls to go along with a group of big men that still includes Kevin Love, unless he finally does agree to a buyout, alongside Jarrett Allen. On top of that, the team just used the third overall pick to land Evan Mobley.

Even though it may seem like Tacko Fall has just made the league—his career is only two seasons old—but there may be more pressure on him than you would think. Life on the margins of the NBA can be brief: there are only so many roster spots and the competition only becomes younger the longer a player lasts.

At merely 25, the clock might already be ticking for Tall even though he literally towers over the rest of the league. Let’s hope he makes it, the league is more fun for his presence.