In Manipur, a case for asymmetric federalism 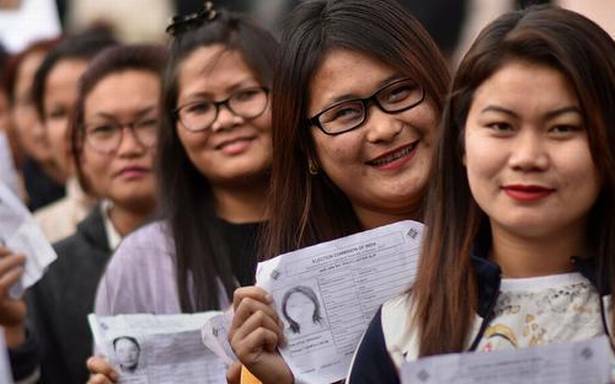 As a normative idea and an institutional arrangement which supports the recognition and provision of an expansive ‘self-rule’ for territorially concentrated minority groups, asymmetric federalism has recently received bad press in India. The dissolution of Article 370 in 2019 which gave Jammu and Kashmir a special constitutional status, and intermittent attempts to dilute and dissolve the omnibus Article 371 which, among others, gives expansive constitutional powers to Nagas over land and resources (Article 371A), and to Manipur’s Hill Areas Committee (Article 371C) over tribal identity, culture, development and local administration, are exemplars.

Driven by the argument that giving distinctive constitutional status to territorially concentrated minorities fosters centrifugal tendencies which over time inhibit national/State integration, development, and peace, antagonists of asymmetric federalism increasingly rallied around the majoritarian idea of a monolith, homogenous nation.

On close scrutiny, however, this argument is neither novel nor new. Charles Tarlton, the American political scientist who developed the idea of asymmetric federalism in the mid-1960s, was mindful about its destabilising potential, if not properly harnessed. In fact, the unsuccessful experience of east European communist states to ‘hold together’ in the 1990s spawned deep suspicion about asymmetric federalism.

Indeed, the argument that asymmetric federalism fosters subversive institutions, political instability and breakup of States had also informed the minds of some of the founding fathers of the nation, when they participated in India’s Constituent Assembly debates. For some, the question of envisioning distinctive rights and asymmetric constitutional provisions is considered inconsequential given that India has become a ‘homogenous Hindu nation’ after Partition. Such a majoritarian standpoint sits uneasy with the idea of ‘autonomous’ district councils proposed by the Gopinath Bordoloi Committee, a sub-committee of the Constituent Assembly which sought to accommodate the distinctive identity, culture and way of life of tribal groups in the Northeast by envisioning ‘self-rule’.

While members like Jaipal Singh and B.R. Ambedkar recognised tribal distinctiveness and underscored the need for separate institutional accommodation, Kuladhar Chaliha, a prominent member from Assam, for example, broached an integrationist approach when he openly advocated assimilation of tribal groups. This approach is also informed by a deep suspicion over the ability of tribal groups to self-govern and institute a semblance of ‘law and order’ given — to wit Chaliha — their practice of “summary justice”. Chaliha reinforced his integrationist push by contending that tribal “self-rule” would leverage “tribalstan” or “communistan” and would be inimical to India’s territorial integrity and security.

This integrationist approach has been conveniently invoked to delegitimise continuing demand for constitutional asymmetry in Jammu, Kashmir, Ladakh and in various other places in Northeast India. This integrationist approach resonates powerfully in two recent attempts by Manipur’s government to (i) stall the introduction and passage of the Manipur (Hill Areas) Autonomous District Council (Amendment) Bill, 2021, and (ii) induct nine Assembly members from the valley areas into the Hill Areas Committee.

While the Manipur government’s standpoint that the Bill is a “sensitive” matter requiring legal vetting by the Department of Law and Advocate General of the State is plausible and can hardly be contested, the Speaker’s order of September 1 to induct nine Assembly members from the valley areas is seen by Lorho S. Pfoze, the lone MP representing Outer Manipur constituency, as a “malicious” and “direct assault” on the Hill Areas Committee and the constitutional protection accorded to the Hill Areas of Manipur under Article 371C. Clearly, in his overenthusiastic drive to cave in to the growing pressure from powerful valley-based civil society organisations (CSOs), which actively mobilised to ramp up majoritarian support for dissolution of long-standing constitutional asymmetry enjoyed by the hill people, the Speaker was too clever by half in applying his mind as it amounts to transgression of a domain exclusively reserved for the President of India under the Manipur Legislative Assembly (Hill Areas Committee) Order, 1972. The Speaker dragged his feet until he was compelled to rescind the order on September 8 after Chief Minister Biren Singh was greeted with black flags and widespread call for boycott of his pet political project, ‘Go to the hills’, by various tribal CSOs during his tour to Churachandpur.

Interestingly, this project is increasingly seen by these CSOs as a camouflage of the majoritarian state’s attempt to transgress and snatch away tribal lands by stealth through legal manipulation and sacralisation projects. The recent attempts to declare areas around Chivu in the Indo-Myanmar border as a protected site and sacralise it by replacing one of the three controversial monoliths with that of Thangjing (a Meitei goddess), invoke the Forest Reserve Act, sacralise Koubru hills as a lai-pham (deity-place) and encourage ching-kaba (hill-climbing) to effectuate this are clear pointers.

Although the timing chosen by the Hill Areas Committee to recommend, introduce and pass the Bill is questionable, it marks a calculated move to use this as a double-edged sword to simultaneously set apace electoral agenda for the upcoming Assembly elections in early 2022 and reclaim its agency to fortify state-level constitutional asymmetry. The attempt to increase membership of the six district councils to 31 members each and secure more powers to the councils by giving more developmental mandate are welcome. Yet, the reservation of one-fourth of the seats to socio-economically backward communities may complicate delimitation of constituencies. Earmarking merely three nominated members for unrepresented tribes/women is also simply not enough.

If history is any guide, the task of reclaiming the Hill Areas Committee’s agency is not going to be easy as its 20-odd members often leverage tribe/party loyalty over commitment to protect constitutional asymmetry and common tribals’ cause. How the Hill Areas Committee and various tribal groups strategically navigate their politics to offset the majoritarian impulse to manipulate the legal and political process to dilute/dissolve extant constitutional asymmetry remains to be seen. A recent revelation by a tribal MLA in the Assembly that the hill areas attracted barely ₹419 crore (1.91%) out of the ₹21,900 crore budgetary expenditure of Manipur from 2017-18 to 2020-21 has unmasked Mr. Singh’s sincerity to ‘Go to the hills’. The lack of sincere commitment to promote tribal development, identity and culture that Article 371C seeks to bridge could not have come out starker. Recognising and institutionally accommodating tribal distinctiveness not just as a matter of political convenience, but as a valuable and enduring good will be key to promote the State’s integrity, stability and peace in the long run.

Kham Khan Suan Hausing is Professor and Head of the Department of Political Science, University of Hyderabad, Hyderabad