In A Shred Of Good News, Deltacron Is Most Likely Just A Lab Contamination, So Don’t Panic 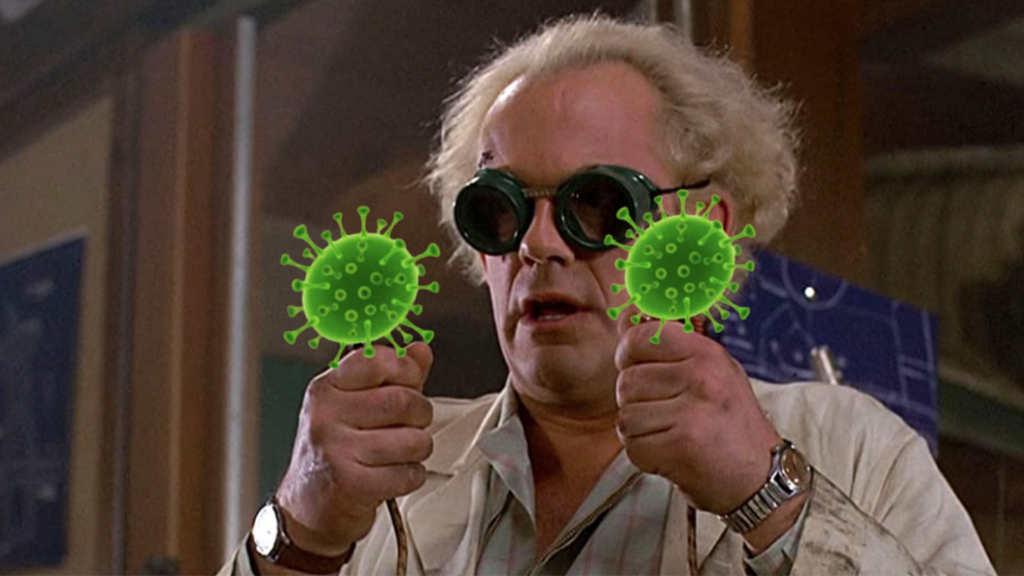 If you’ve looked at just about any social media in the last week (your first mistake, obviously), you’ve probably caught wind of Deltacron, the most ambitious crossover event since That’s So Suite Life of Hannah Montana.

Deltacron is the unholy combination of Delta and Omicron, my first and second least favourite COVID strain. But, despite some fearmongering headlines about what’s surely the 2022 version of the T-Rex in Jurassic Park, Deltacron actually probably isn’t anything to worry about.

The tale of Deltacron originally came out of Cyprus, where a researcher called Leondios Kostrikis reported finding “Omicron-like genetic signatures within the Delta genomes”, which certainly sounds science-y enough to be frightening.

Kostrikis originally thought the superstrain was responsible for 25 COVID-19 cases but now, other scientists are saying that the evillest baby of all time is likely just the result of lab contamination.

Obviously, love, love, love the scientists but I am formally requesting that they please keep Delta and Omicron away from each other for the foreseeable future because I literally do not think any of us can handle it.

According to The Cut, doctors don’t like portmanteaus like “Deltacron” because they help spread panic, which is a very valid point considering I did, in fact, experience panic when I first encountered the word Deltacron.

As Tweeted by Maria van Kerkhove, one of the World Health Organisation’s infectious disease epidemiologists: “Let’s not use words like deltacron, flurona or flurone. Please.”

Jumping in late here: Let’s not use words like deltacron, flurona or flurone. Please ????

These words imply combination of viruses/variants & this is not happening. “Deltacron” is likely contamination during sequencing, #SARSCoV2 continues to evolve & see flu co-infection????below. https://t.co/rNuoLwgCzN

A whole load of doctors tweeted about Deltacron most likely being the product of a lab contamination, including Tom Peacock, a virologist (aka expert on viruses) at Imperial College London, who did a whole Twitter thread talking about Omicron sequences carrying possible Delta mutations.

“The Cypriot ‘Deltacron’ sequences reported by several large media outlets look to be quite clearly contamination – they do not cluster on a phylogenetic tree and have a whole Artic primer sequencing amplicon of Omicron in an otherwise Delta backbone,” he said.

Science! God I love it.

Dr Krutika Kuppalli, an infectious diseases physician, also used Twitter to debunk the very concept of ‘Deltacron’ which, I am realising, sounds like it should be the name of a Transformer or maybe one of the spaceships in Star Trek.

“Omicron and Delta did NOT form a super variant. This is likely sequencing artifact (lab contamination of Omicron fragments in a Delta specimen)”.

So, Deltacron is probably not actually anything to worry about. You can cross it off of your ‘Things To Panic About List’, which I’m assuming everyone else is also carrying on their person at all times.

And, the best way to stay protected is of course to get that jab, book in your booster and wear a mask. No Star Trek spaceships here, thank you.

The post In A Shred Of Good News, Deltacron Is Most Likely Just A Lab Contamination, So Don’t Panic appeared first on Pedestrian TV.