In 1976, one technical innovation changed video games forever — and sparked a crisis

We all have one. Maybe it sits at the back of your cupboard, your hallway, your basement, or your garage. Maybe it is clearly labeled, or maybe it is actually ruined by water damage. It is a box — specifically, a box full of items once cherished and now, not so much forgotten as... lingering. I have several of these boxes, but one, in particular, has been taking up space since my partner and I moved in together. It is full of loose, often unlabelled, video game cartridges. We don’t even own a video game player.

This is an adapted version of the Inverse Daily newsletter for Monday, May 23, 2022. Subscribe for free and learn something new every day.

Turns out, there is a generation of actual gamers who are more traumatized by the video game cartridge than I am irritated by the heap of them taking up precious space in a small New York apartment. Read about that hidden history and more in today’s Inverse Daily. Happy week!

How do dolphins maintain their glowing skin?

Living in the reefs of the Red Sea, Indo-Pacific bottlenose dolphins love to rub against certain corals — which may help them fight off infections. Their habits are a lesson in why you might incorporate exfoliation into your daily toilette.

For Indo-Pacific bottlenose dolphins, rubbing against corals might be akin to showering. Rubbing behaviors in dolphins have only been documented a handful of times and are not well understood.

But researchers writing this week in the journal iScience report that a routine coral scrub appears to be a way that these dolphins keep their skin healthy. For the study, researchers dove into the depths of the Northern Red Sea and collected samples of the bottlenose dolphins’ favorite corals.

It turns out they’re quite picky — the dolphins only rub against certain gorgonian corals (shown above), leather corals, and Ircinia sponges.

46 years ago, one video-game innovation traumatized a generation of gamers

Cartridges are tough little imps by design. A history of technological progress and sour grapes. A format meant to bring players to vast new worlds but also survive being sat on.

Jerry Lawson is considered one of the fathers of video game cartridges. Born in 1940, he idolized George Washington Carver. Lawson’s grandfather was a physicist, but being brilliant didn’t get you very far when you were Black and living in a pre-civil rights America. Instead, he was a postman.

Lawson’s own father was a dockworker who chewed through science magazines in his spare time. Jerry’s parents were determined to fuel his interests in technology, placing him in better schools and filling his childhood with gizmos and radio kits. He sought the potential denied to his family.

Lawson joined Fairchild Semiconductor in 1970, taking him to San Francisco where Silicon Valley was sizzling. Before Fairchild had publicly begun to assemble a gaming venture, Lawson was squirreling away parts at home, making an arcade cabinet from scratch in his garage. Called Demolition Derby, he play-tested the game at a Campbell, California, pizza parlor in 1973.

What you need to know about the monkeypox virus

As the name suggests, monkeypox is in the same family of viruses as smallpox, though typically it is much less transmissible and far less severe than smallpox.

“Occasionally, it does get into primates, that’s why the name monkeypox,” he says. “And of course, it can also get into people. It can be spread from person to person but not easily, you need very close and usually fairly sustained interpersonal contact, touching, kissing, and such.”

Here’s what you need to know.

The plates, taken prior to the launch of Sputnik in the 1950s, show satellite-like objects near Earth. A new study delves into the potential reasons.

There isn’t any readily available astronomical explanation for what these vanishing points of light, which the researchers call transients, might be. The dots might be defects in the photographic emulsions or image artifacts from when astronomers first scanned the plates. But in a series of recent papers, Villarroel and a small team of astronomers have been more seriously probing the possibility that the flashes might be something more exciting — extraterrestrial objects. 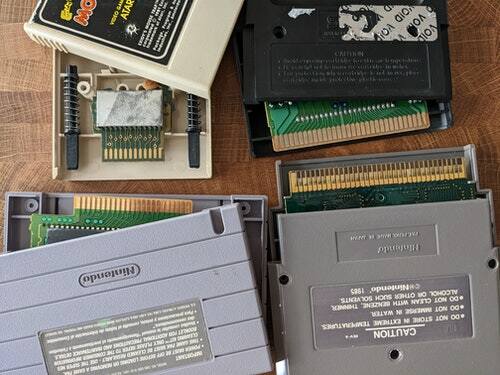 46 years ago, one video-game innovation traumatized a generation of gamers
The cartridge may seem like a bygone era to all but Switch users, but it was an important step in…

The plates, taken prior to the launch of Sputnik in the 1950s, show satellite-like objects near Earth. A new study…

Also from this AM's Front Page newsletter: Windfall tax could be handed out in cheques & introducing our new daily…