Seattle Mariners, With Impactful Prospects At Every Position, Will Soon Be A Force In The AL West 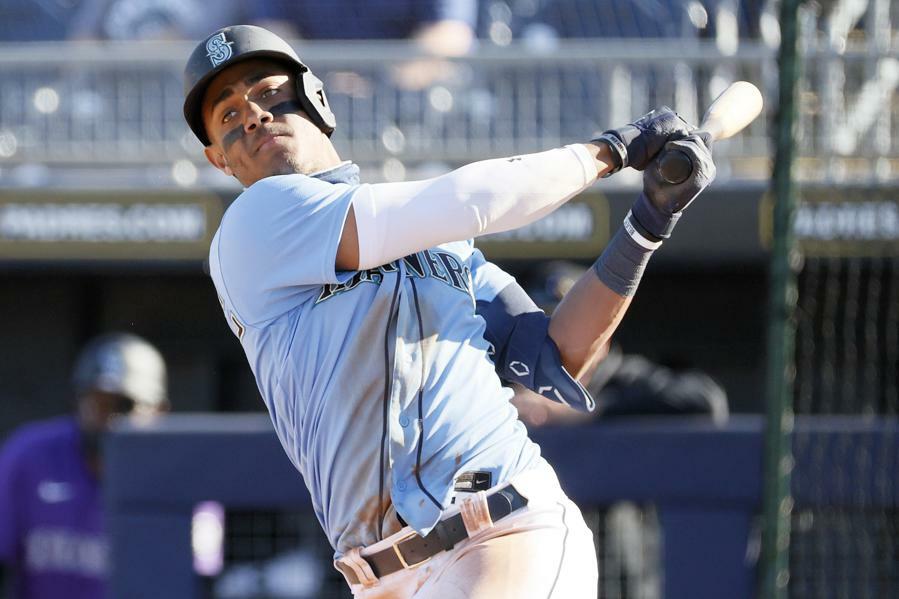 The Mariners big league roster has shown improvement this season, but it is the quality of the prospects currently in development that has this scout thinking the Mariners can become a true MLB force.

Over the past few seasons, the Mariners, led by Executive Vice President and General Manager Jerry Dipoto, have been slowly and deliberately churning the club’s roster to become consistently competitive.

A major component of Seattle’s front office plan has been the selection and signing of athletic, multi-talented position players and pitchers capable of carrying the team to a brighter future.

Among the highest-regarded Mariners prospects:

Julio Rodriguez is a dynamic power hitting outfielder with a dynamic, 6-3, 180 pound frame.

Still young and raw as a hitter, Rodriguez profiles to become an impactful slugger from the right side of the plate.

Signed for $1.75M out of the Dominican Republic in 2017, Rodriguez has the type of profile that can become the offensive centerpiece of the franchise. Rodriguez is big and strong with the ability to find the barrel of the bat.

While Rodriguez doesn’t have an exaggerated uppercut swing, he has started to get more loft on the ball, making his projection as a home run hitter realistic.

Rodriguez has very good arm strength and projects to be a solid defender, probably as a right fielder. Scouting Grade: 65

Mariners fans will enjoy watching Noelvi Marte progress in the team’s farm system. He is a power hitting shortstop with speed, which is a valued combination of tools.

Athletic and versatile, it remains to be seen where Marte will play at the big league level.

Signed as an international free agent in 2018 from the Dominican Republic, the Mariners gave Marte a signing bonus of $1.55M.

Marte is enjoying a very solid season, hitting 17 home runs and driving in 71 runs in addition to stealing 23 bases so far. He has recently been promoted to Class-A Advanced. He’s having the type of year that puts a player on the team’s radar. Scouting Grade: 60

The Mariners liked Emerson Hancock enough to make him the No. 6 overall selection in the 2020 draft. Chosen from the University of Georgia, Hancock signed for $5.7M. If one follows the money, it seems sure that Hancock will get every opportunity to make it to the big leagues.

Pitching at Class A-Advanced and Double-A this season, Hancock has logged 44.2 innings in 12 starts. In July, Hancock was sidelined with a shoulder injury. So far, it does not seem there is structural damage to the shoulder, but an injury to any part of the shoulder, forearm or elbow is always a concern. He returned to action after rest, and is working his way back to his normal pitching form.

At full strength and at full health, Hancock throws a much better than average fastball that can reach 99 miles per hour. He can keep hitters off balance with a changeup that is almost equal in quality to his grade 65 fastball. He also throws a better than average curve and slider. His complete repertoire bodes well for Hancock as a solid rotation starter.

The Mariners have adjusted some of his mechanics, and he is making progress. It would seem that once wrinkles are ironed out in his delivery, Hancock could pitch as high as a No. 2 starter in the rotation. Scouting Grade: 60

While Kirby might not have a repertoire with as many high quality pitches as Hancock, he clearly has the type of arsenal that can navigate a lineup with enough deception to be highly effective. He throws his fastball in the low-90’s, with a good slider, curveball and changeup to support his fastball. Kirby has superb control, and that may be the factor that separates him from other starters. He projects to pitch in the middle of the rotation.

On a similar path as Hancock, Kirby has pitched at both Class-A Advanced and Double-A this season. Pitching very well, Kirby has logged 57 innings in 13 starts.  Scouting Grade: 55

Cal Raleigh was selected in the 3rd round of the 2018 draft out of Florida State University. He signed above the slot for $854,000.

This scout saw Raleigh play against the Arizona Diamondbacks in early August, as Raleigh was promoted to the parent club following only 872 minor league plate appearances.

Playing at two classifications in 2019, Raleigh hit 29 home runs and drove in 82 runs. With that type of power as a catcher, the team likely found little reason to keep him away from the big league team. However, to this scout, he may have benefited from additional development time.

A switch-hitter, Raleigh has struggled to hit high velocity pitching at times. He does make contact, but big league breaking balls may cause him some heartburn.

Raleigh appears to have good enough defensive skills to be the top future catcher for Seattle. Scouting Grade: 55

60= Occasional All Star skills with several quality tools or pitches

The Seattle Mariners organization is loaded with talent at every position. Some of the better prospects have graduated to the big leagues. For example, in addition to catcher Cal Raleigh, outfielder Jarred Kelenic, pitcher Logan Gilbert and outfielder Taylor Trammell have all had big-league playing time. They still need to gain experience to reach their potential.

Known as a prolific trader, Jerry Dipoto and his staff appear ready to do what is necessary in the offseason to help the Seattle Mariners continue their upward trajectory in the American League West.