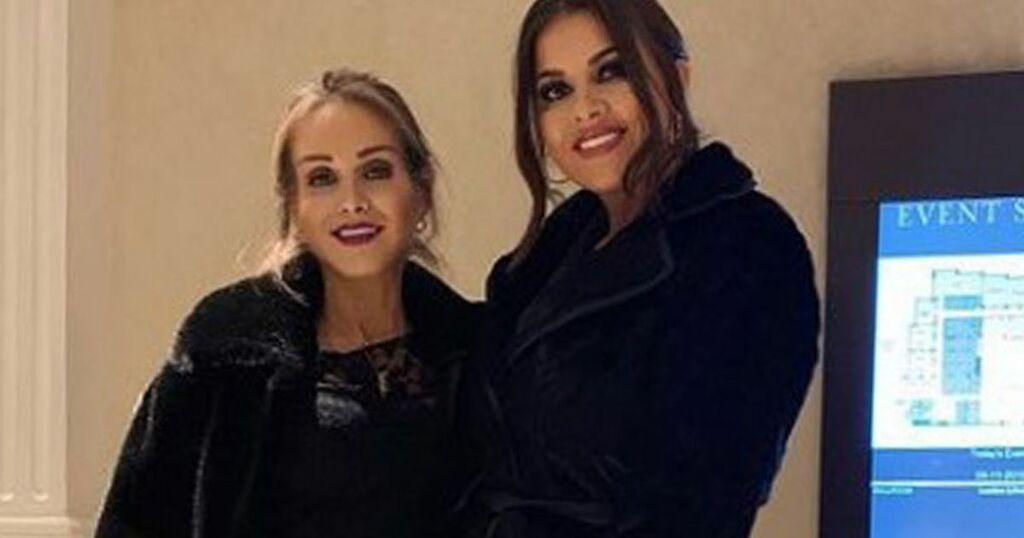 Imogen Thomas has shared a photo of her “beautiful” pal Nikki Grahame as she continues to grieve for her death.

Nikki died earlier this year at the age of 38 after a long battle with the eating disorder anorexia.

Taking to Instagram this week, her friend and former Big Brother co-star Imogen posted a glamorous throwback snap of the pair wearing black dresses and fur coats ready for a night out.

Reflecting on her pal’s tragic death five months, Imogen wrote this poignant tribute: "Just scrolling through some pics and came across this beautiful pic of Nik.

“She looked stunning. It was around this time of year. Miss her beautiful, funny soul.

“Hope your (sic) resting lovely and not creating trouble up there. Love u soooo much.”

Nikki was found unconscious at her London home on April 9 - one day after being discharged from Dorset County Hospital in Dorchester, where she had been staying for treatment following a relapse.

The reality TV star had suffered from an eating disorder since she was six years old.

Following Nikki’s death, her mum Sue told The Mirror she begged nurses not to discharge her anorexic daughter.

In an exclusive interview, she said: “The nurses were amazing but I told every single one, ‘She mustn’t go home. She’s too ill’.

“Her father even called and told the hospital, ‘If you let her leave, Nikki will die’. But they still threw her out.”

She added: “My fight to get Nikki well started 30 years ago. In the end, I lost her. It has been the fight from hell.”

Sue is now awaiting the outcome of an internal investigation at the hospital after Nikki’s discharge notes revealed her daughter was suffering from a number of other medical conditions.

The notes said Nikki was suffering from a very low heart rate when she was allowed to return home – something her family say they knew nothing about.

Doctors were also said to be worried about her liver and Nikki had a cracked pelvis and a fractured spine from a fall a few weeks earlier.

At the time she died, Nikki was at the lowest weight she had ever been in adulthood.

Nikki shot to fame as a contestant on Big Brother 7 in 2006, alongside Imogen and former boyfriend and the eventual series winner Pete Bennett.

She became well known for her hilarious outbursts in the Diary Room, particularly her, ‘Who is SHE? Where did you find her?’ moment.

Although she came fifth, Nikki was a huge hit with viewers and went on to land her own reality show called Princess Nikki.

In 2010 she appeared in Ultimate Big Brother and in 2015 was on the 16 th series of the show as a guest housemate.

Nikki even appeared in the Canadian version of the show.

Her will revealed Nikki had hoped to become a mother and dreamed of having a baby through IVF. Sadly, Nikki was unable to have children after her battle with anorexia left her infertile.