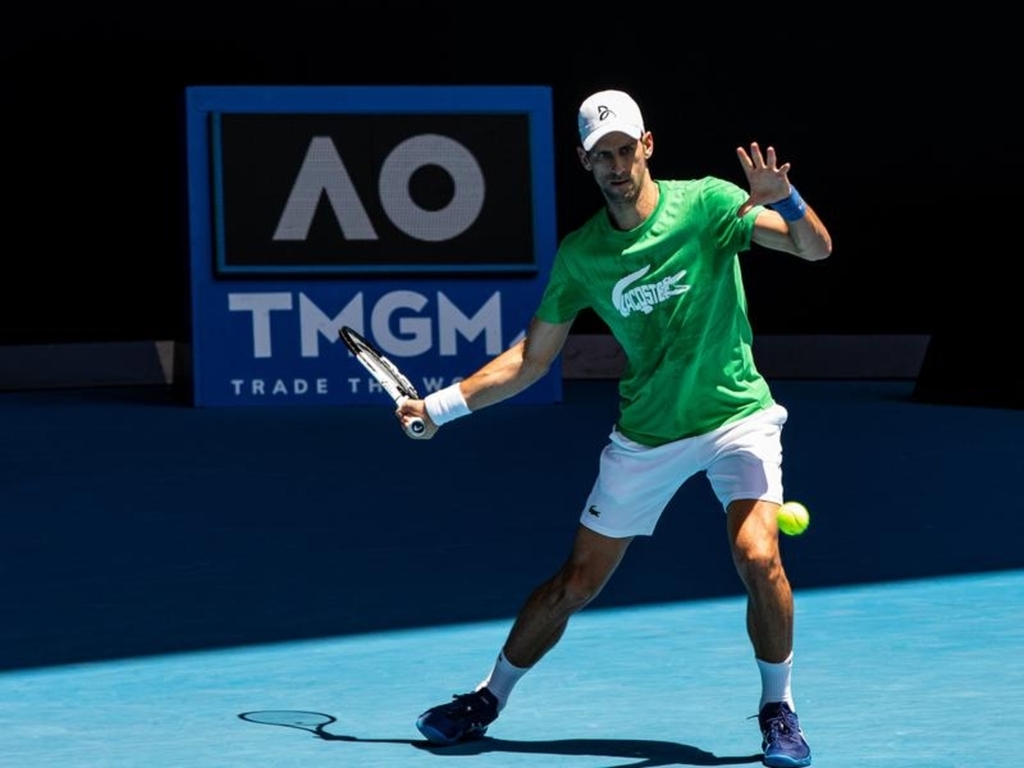 Tennis star Novak Djokovic has been detained by immigration officials in Melbourne as he fights a federal government decision to cancel his visa for a second time.

Immigration Minister Alex Hawke used his discretionary powers late on Friday afternoon to cancel the world No.1's visa, after considering evidence from Djokovic's lawyers, along with advice from federal agencies.

"I exercised my power under section 133C(3) of the Migration Act to cancel the visa held by Mr Novak Djokovic on health and good order grounds, on the basis that it was held in the public interest to do so," Mr Hawke said in a statement.

His full list of reasons was published as part of a 268-page affidavit released by the Federal Court on Saturday.

In it, Mr Hawke suggested Djokovic's presence during the Australian Open could encourage residents to shirk isolation rules, given the tennis star's concession to having previously done so, and foster "anti-vaccination sentiment".

This, the minister said, could lead to civil unrest akin to previous anti-vaccination protests and fewer people getting their booster jab.

Djokovic's law firm Hall & Wilcox flatly rejected the claim in its grounds for appealing the visa cancellation, saying the minister had not cited any evidence to back it up.

The firm argued Mr Hawke's contention could "not logically, rationally and reasonably be assessed" without considering whether booting Djokovic out of the country would excite similar anti-vaccination sentiments.

Further, it was argued the world No.1 had garnered support in Australia and abroad to remain in the country and compete at Melbourne Park, pointing to a petition with 96,000 signatures and an online poll run by a news outlet.

Despite the tennis star's visa cancellation on Friday afternoon, he was not detained until interviewed by immigration officials on Saturday morning.

The unvaccinated Serb is likely to be held in immigration detention overnight before a scheduled hearing in the Federal Court on Sunday.

Djokovic arrived in the country late on the evening of January 5 for the Australian Open. He was detained by border officials and his visa cancelled at 7.29am the next day.

Australia's pandemic response has included an insistence a visa holder must be double-vaccinated or show acceptable proof they cannot be vaccinated to enter quarantine-free.

While that decision was later overturned by a federal court on fairness grounds, the Australian government immediately foreshadowed the possibility of a second visa cancellation.

The Australian Open begins on Monday, with the world No.1 looking to secure his 10th title at the event.

Djokovic was named in the draw on Thursday, where he is slated to face Serbian compatriot Miomir Kecmanovic.

Serbian President Aleksandar Vucic has accused the Australian government of "harassing" and "maltreating" Djokovic, suggesting it was indulging in political point-scoring ahead of the election.

But Prime Minister Scott Morrison insists Djokovic's visa cancellation was carried out in the public interest.