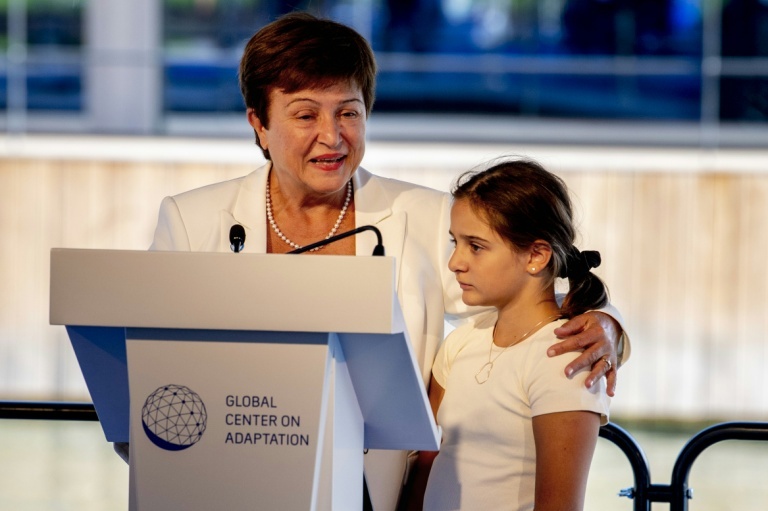 Washington (AFP) - IMF Managing Director Kristalina Georgieva on Thursday said she was hopeful of an "expeditious resolution" to an investigation that found she manipulated data in favor of China while in a senior role at the World Bank.

The statement came a day after Georgieva spoke to the IMF Executive Board, which is reviewing last month's investigation by law firm WilmerHale that found that during her time as World Bank CEO, Georgieva was among top officials who pressured staff into changing data to China's benefit in the 2018 edition of its closely watched Doing Business report.

"I am pleased that I finally had the opportunity to explain to the IMF Board my role in the Doing Business report and how I respected the integrity of the report," Georgieva said in a statement released through a communications firm rather than the IMF.

"I look forward to an expeditious resolution of the matter in a way that preserves the core strengths of the IMF and the World Bank as strong multilateral institutions that fulfill their important missions during these times of unprecedented crisis."

Georgieva has repeatedly denied the report's conclusions, and on Thursday released a letter from her attorney to the board objecting to WilmerHale's findings, as well as her 12-page testimony to the 24 board members.

The law firm's report "does not accurately characterize my actions...nor does it accurately portray my character or the way that I have conducted myself over a long professional career," she said.

The probe found that Georgieva along with her associate Simeon Djankov, a former Bulgarian finance minister who created the report, and Jim Yong Kim, then-president of the bank, pressured staff to change the calculation of China's ranking to avoid angering Beijing.

The push came while bank leadership was engaged in sensitive negotiations with Beijing over increasing the bank's lending capital.

In her testimony, Georgieva denied both that she had asked Djankov to become involved in the report to improve China's ranking, and that the report was changed to secure Beijing's backing for the capital increase.

The United States has the largest voting share on the Washington-based crisis lender's board, and a Treasury spokesperson said it "has pushed for a thorough and fair accounting of all the facts.

"Our primary responsibility is to uphold the integrity of international financial institutions."