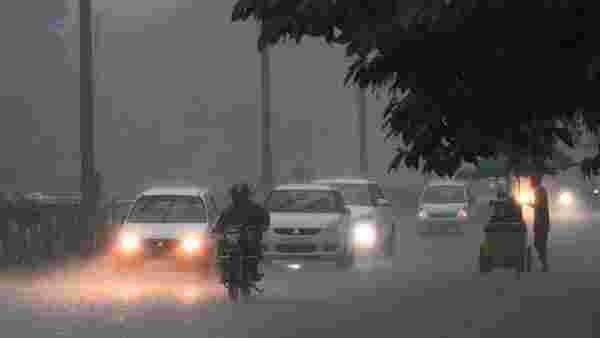 The India Meteorological Department (IMD) said on Friday that fairly widespread to widespread rainfall is likely to occur over regions of Konkan and Goa, Odisha, and Chhattisgarh from 10 to 12 September.

In addition to this, isolated extremely heavy falls are also likely over Odisha on 13 September and Konkan and Goa on 13 and 14 September, said the weather department.

Further, scattered to fairly widespread rainfall is expected to continue over peninsular India for the next five days.

Isolated heavy falls are likely over coastal Andhra Pradesh and coastal Karnataka for the next five days, over Kerala from 12 to 14 September, over south interior Karnataka on 13 and 14 September and over Telangana, Tamil Nadu, Puducherry and Karaikal on 14 September.

The state of Gujarat, east Rajasthan and Madhya Pradesh will also see widespread to widespread rainfall with isolated heavy falls from 10 to 15 September.

Rainfall activity is likely to increase with isolated heavy falls over the western Himalayan region and adjoining northwest India from 10 to 12 September.

Rainfall in August, which recorded 24% deficiency, was lowest in 19 years, the IMD said.

Two major spells of weak monsoon prevailed over the country -- from 9 to 16 August and 23 to 27 August -- when northwest, central and adjoining peninsular and west coast of India had subdued rainfall activities.

“During August 2021, rainfall over the country as a whole was below Long Period Average (LPA) by minus 24%. It is also lowest August rainfall in last 19 years, since 2002," the IMD said.

The southwest Monsoon season officially commences from 1 June and lasts till 30 September. The month of June recorded 10% more rainfall, but both July and August clocked deficiency of seven and 24% respectively, according to the IMD data.

The country received 24% less than normal rainfall in August. Of the four meteorological divisions of the IMD, the central India division received 39% less. The division consists of a large swathe of area from Maharashtra, Gujarat, Goa, Madhya Pradesh, Chhattisgarh and Odisha.

The deficiency in the northwest India division, which comprises northern Indian states, was 30%.

The deficiency was 10% in the south peninsula whereas the east and northeast division received 2% more rainfall than the normal.