IMD forecasts heavy rain in these states for next 3-4 days. Details here 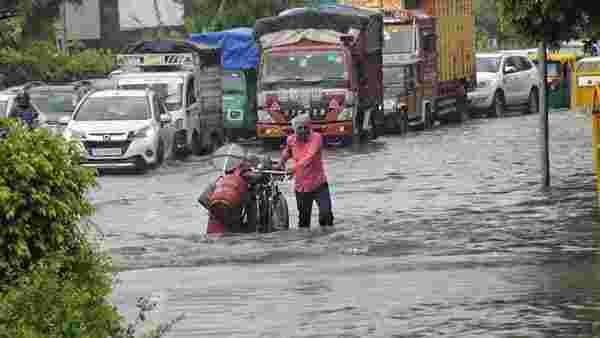 The India Meteorological Department has predicted 'heavy to very heavy' rainfall in the next three-four days in Mumbai, the rest of Konkan, and Western Maharashtra.

“The low-pressure area developed in the Bay of Bengal is expected to get converted into depression and move north-north-west in next couple of days. It is expected to bring more intense showers over Western Maharashtra, Konkan including Mumbai region starting from Sunday," an official from the weather bureau said.

The IMD has also issued an 'orange' alert for Raigad, Pune, Ratnagiri, Satara and Kolhapur while a yellow alert has been issued for Mumbai, Thane, Wardha, Palghar and Sindhudurg districts.

The rest of Maharashtra is expected to receiver light to moderate showers in the next 3-4 days. There could be more rain on Monday in northern Maharashtra as well as parts of eastern Vidarbha and Marathwada, the IMD said.

However, the intensity of the showers will be higher in Western Maharashtra and Konkan region, said the met department. The intensity would decrease on Tuesday and Wednesday but some areas will continue to get showers, the forecast stated.

Heavy rain in Odisha for next 2 days: IMD

The meteorological department has advised fishermen to return to coast after warning of heavy to very heavy rain in Odisha over the next two days as a low pressure area formed over the Bay of Bengal on Saturday and is likely turn into a depression.

The low pressure area, which formed in the morning on Saturday, is likely to move northwestwards and turn into a depression over the northwest Bay of Bengal off the north Odisha-West Bengal coasts during the next 48 hours, the weatherman said.

It is then very likely to move west-northwestwards across north Odisha and north Chhattisgarh during the subsequent two to three days, the Bhubaneswar Meteorological Centre said in a release.

As a result strong wind with speeds reaching 45-55 kmph and gusting up to 65 kmph are very likely along and off the Odisha coast over the next three days. Sea conditions will be rough, it said.

It issued an orange weather warning of isolated heavy to very heavy rain and extremely heavy showers at one or two places on Sunday and Monday in the state.

The MeT department has said that fairly widespread to widespread rainfall activity with heavy to very heavy falls is likely to continue over Punjab, Haryana and Delhi on Saturday with reduction thereafter.

Heavy falls over Uttarakhand from 11 to 15 September; over West UP, Jammu, HP on 11 September, West Rajasthan on 11, 12 September.