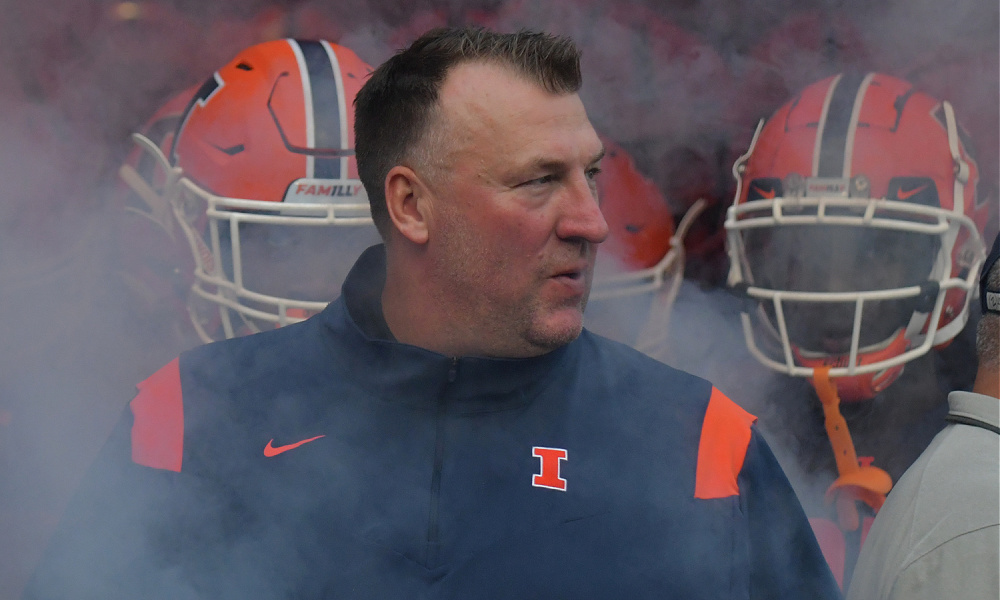 Why Illinois Will Win

The passing game continues to be okay even without starting quarterback Brandon Peters.

Rutgers transfer Artur Sitkowski stepped in and pulled off the win over Nebraska, and he threw for 266 yards and three scores in the 37-30 loss to UTSA – and his final throw was completed, but it was just out in the back of the end zone.

The Illini will get physical after getting shoved around way too much by the Roadrunners. The running game has options, the pass protection should be find, and former star quarterback prospect Isaiah Williams has emerged as a dangerous receiver.

Illinois has the parts, and it appears to just be getting them all together as the Bret Bielema era gets rolling.

Why Virginia Will Win

Virginia was able to do whatever it wanted in the 43-0 win over an overmatched William & Mary, but it should be able to move a bit against Illinois, too.

Nebraska just didn’t have any playmakers outside of QB Adrian Martinez, and it showed in the loss to the Illini. UTSA had veteran skill parts, though, and they all produced with a great balance and a strong day from the offensive front.

Virginia has the experienced quarterback in Brennan Armstrong coming off a light scrimmage, and the offensive line was solid in pass protection and got better as the game went on.

Illinois is an X factor.

It escaped with a win over Nebraska when it did everything possible to give the game away, and it couldn’t get control against UTSA at any time, but again, it’s looking like a team that could be a factor once everything clicks.

It’s not going to happen this week.

Virginia is hardly perfect, but the offense will be far steadier and far more balanced. Turnovers aren’t going to be much of an issue for either side, but the Cavaliers will be more efficient overall after needing a while to get going last week.