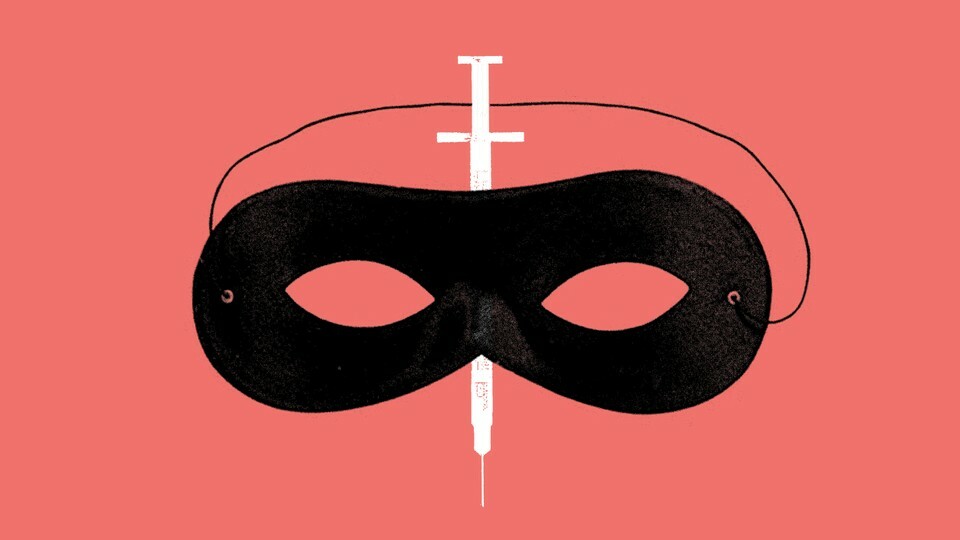 Americans have been getting booster shots for months now. By the end of April, when less than one-third of the country was fully vaccinated, at least one person had already reportedly gamed the system. It was taboo and took some finagling to pull off—IDs shuffled, erroneous vaccine cards presented—but through the spring and summer, the most shot-happy Americans found a way.

Now a third jab is downright mainstream, and not just for the immunocompromised people who have the CDC’s blessing. Some people, like the couple who wanted to be extra protected ahead of their wedding, are still lying to get their shots. But at least a few hospitals are allegedly handing third doses out to healthy employees, and doctors to healthy patients. And many of the people who have gotten their shots ahead of any official government guidance to do so are happily posting about it on the internet.

Americans who have gotten a third (or, for people who got the one-dose Johnson & Johnson vaccine, second) shot before they’re eligible—let’s call them booster bandits—have considered the risks to their body and their conscience and concluded, Hey, it couldn’t hurt. Like the people who crossed state lines or lied about their job to get a first shot in the winter and early spring, they are blurring the truth and fudging the rules. The careful dance of morals and personal peril involved in booster banditry is far more complicated than the obvious ethical dumpster fire of taking a first dose from an essential worker or a cancer patient. But, even though the line-jumpers are loud and proud this time, the illegitimate third doses aren’t always quite as innocuous as they seem to think.

No one knows exactly how many booster bandits are out there. The CDC estimated that more than 1 million Americans got an unauthorized third shot before the recommendations for immunocompromised people came out a month ago. Since then, the agency has counted nearly 1.8 million people who have gotten an “additional” shot, but it told me that there’s virtually no way to know how many of those actually went to folks with qualifying immune conditions, because patients only have to say they’re immunocompromised to get the jab. There’s also virtually no way to know how many reported first doses are actually illegitimate third shots.

But unsanctioned booster shots do seem to have become more popular in recent months, with people reporting that they’ve gotten them everywhere from major pharmacy chains to local churches. I spoke with three people who posted online about doing so. Tiffany Doran, a 41-year-old who lives in Griffin, Georgia, told me she tried and failed to get a third Moderna shot at her local pharmacy when she gave her name. So instead, she found an at-home medical company and revealed “as little information as possible.” One middle-aged woman I spoke with, who works as a medical coder and biller at a Texas hospital, got her third Pfizer shot from her employer. (She requested anonymity for fear of professional repercussions.) Richard Signorelli, a lawyer and former assistant U.S. attorney for the Southern District of New York, told me he got his Pfizer booster from his primary-care provider, who recommended the shot during Signorelli’s annual physical even though Signorelli doesn’t think he has any qualifying immune conditions.

[Read: When ‘talk to your doctor’ goes so, so wrong]

When I asked Doran, the medical coder, and Signorelli about why they chose to defy CDC recommendations to get a booster—and why they felt comfortable enough in their choice to post about it—their answers largely revolved around trust, fear, and waste. Signorelli trusts his doctor. The medical coder trusts her colleagues, who have assured her that the vaccines, including the booster, are safe. And Doran trusts the small academic papers from which she has gleaned that boosters are effective. She follows those studies religiously because she has long COVID, and she says the researchers performing them are among the few people she sees taking her needs seriously.

Their fear mostly centered on the Delta variant—the same thing that’s spurring the government to even consider third shots for everyone who’s gotten an mRNA vaccine. The National Guard has been deployed to hospitals where Doran lives, and her county is in the midst of its biggest pandemic surge yet. The ICU in the Texas hospital where the medical coder works has been nearly full since July. Although Signorelli said he mostly got the booster to avoid passing the virus on to immunocompromised family members who hadn’t yet gotten their third doses, he was eager to shield himself too. “Even in New York, there are so many unvaccinated, unmasked people that I felt it prudent to give myself additional protection,” he said.

[Read: The only way we’ll know when we need COVID-19 boosters]

All three of the booster bandits I spoke with told me that they weren’t worried about taking anything from others who need it by boosting “early,” because the country has so many vaccines that it’s regularly throwing doses out. They have a point: While other countries are still struggling to access and distribute vaccines, the U.S. reportedly wasted at least 12.9 million doses just in June, July, and August. Doran said that vaccine waste “makes me sick,” and that “whoever wants them should have them instead of putting them in the trash.”

But the moral dilemma of booster banditry is more complicated than that. For Arthur Caplan, a bioethics professor at NYU Langone Health, the details of each case matter. “Jumping the line at age 88 is not the same as running in to get a booster at age 33,” he told me. Still, he thinks that in many cases, overabundance really is enough to justify sneaking a booster, and the practice is a personal gamble with your health more than anything else.

Caplan’s right: As my colleague Katherine J. Wu has reported, very early data suggest that extra antibody production spurred by extra doses could cut down on infection and transmission, but by how much—and, more important, for how long—isn’t clear. And while there’s no reason to suspect that a third dose would be particularly unsafe in healthy people, the FDA hasn’t explicitly declared it safe.

[Read: What we actually know about waning immunity]

Even as some public-health experts swear they won’t get boosters at all, Caplan, who’s in his 70s, said he’s compelled by data that suggest a third shot could improve his own protection. If the CDC still hasn’t recommended third shots for people with healthy immune systems by the end of September, he would consider getting one anyway. By then, he’ll be eight months past his second dose, the point at which the White House has suggested the general public could be eligible for a third.

How exactly you get your booster shot matters too. Say you don’t qualify for an extra shot and one falls into your lap anyway. Taking it isn’t necessarily a moral error as long as you’re truthful, Faith Fletcher, an assistant professor at Baylor College of Medicine’s Center for Medical Ethics and Health Policy, told me. But lying about your health or vaccine status is strictly out, she said, because it undermines the rules and guidelines that public-health officials design “to really maximize the greatest good among the greatest amount of people.”

The real moral failure, Fletcher said, is a systemic one: the fact that shots are falling into the laps of the healthy and vaccinated, rather than programs that bring vaccines to essential workers at their jobs, or to Black Americans at barber shops and stylists, or to walk-up and mobile clinics that can reach people who don’t have internet access.

[Read: America is getting unvaccinated people all wrong]

Regardless of how much booster banditry compromises your morals, for now, not much is stopping anyone from doing it—or stopping vaccine providers from letting it happen. The CDC spokesperson told me that using the vaccines improperly can “raise issues” about vaccine providers’ commitment to their contract with the CDC, but did not elaborate on what exactly could happen to providers who are indeed found to not be compliant. When I reached out to Walgreens, CVS, and Rite Aid, representatives from all three pharmacy chains insisted that their stores are following the rules, but acknowledged that they’re relying on customers to tell the truth.

Asking patients to do anything more in order to get the vaccine would be a mistake, Jason Schwartz, a vaccine-policy expert at the Yale School of Public Health, told me. “It’s far more important to get folks vaccinated and to take down barriers that could keep folks who want to get vaccinated from getting [their shots], even if it means that some folks may be playing fast and loose with their own eligibility,” he said.

Perhaps the most troubling thing about booster banditry is not that it’s happening at all, but that it’s happening at an unknowable scale. Esther Choo, an emergency-medicine professor at Oregon Health and Science University, recently told me that ​​lying (overtly or by omission) to get a third dose can mess up the data on how well third shots are performing among the immunocompromised and how well a two-dose regimen is protecting those with healthy immune systems. On an even more basic level, under-the-table boosting could skew data on national vaccination rates, making public-health authorities think more people have gotten their first or second shots than is actually the case. Essentially, getting a third shot before the CDC’s go-ahead can make it harder for health officials to determine when and if everyone else will really need them.

Unless and until the CDC gives the all-clear to universal third shots, booster banditry is probably only going to get more popular. Reports about waning immunity, overblown though they may be, are a terrifying prospect. Nearly half the country has yet to be fully vaccinated. And Delta has upended many Americans’ carefully cultivated approaches to pandemic safety. You can understand why the booster bandits have done what they’ve done: Getting another shot offers a sense of safety and control, however fleeting. After 18 months of pandemic life, it’s hard to begrudge anyone that. But the rule-breaking and the lying could help keep us all from really getting the virus under control for that much longer.