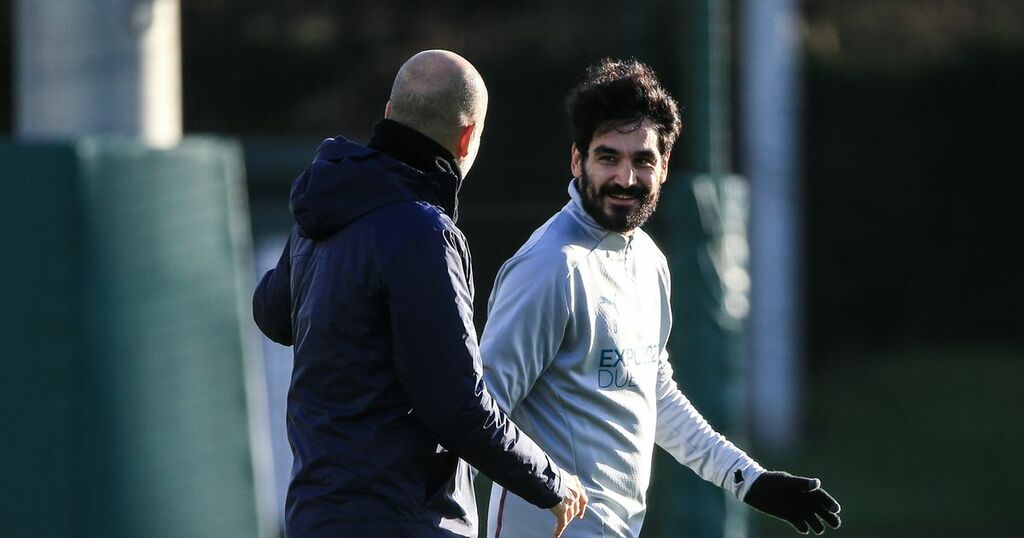 Ilkay Gundogan has refused to rule out a return to Germany after ending his career at Manchester City.

Gundogan has 18 months left on his current City contract, and will be 32 by that time, possibly meaning any extension he was given could be his last.

The popular German posted to social media this week that he was playing Football Manager, while also watching two other games, raising questions from fans over his chances of going into coaching after his playing career finishes.

Before that, though, City fans will be interested to hear that while Gundogan has no plans of leaving City, he would also be open to returning to Germany, where he began his career and played for Schalke's academy, Nuremberg and then Borussia Dortmund.

Answering questions on Twitter on Thursday, Gundogan was asked whether he would ever be open to returning to the Bundesliga, to which he answered: "I'm very happy at ManCity right now ... but never say never.

"The Bundesliga is still a great league that I'm following a lot. It will always be interesting for a German national player."

Gundogan added that while former club Dortmund are strong this season - noting his admiration for Erling Haaland, Jude Bellingham, Marco Reus and Mats Hummels - he also accepted that Bayern Munich are 'too strong again' in the title race.

And looking ahead past his playing career, Gundogan revealed that he is taking his coaching badges and is learning from Pep Guardiola while he remains a City player.

"That's definitely an option [going into management]," he said.

"I'm doing my coaching license right now. I'm very privileged that I was able to experience or still experience so many top-class coaches myself with Pep Guardiola, Jurgen Klopp, Thomas Tuchel, Hansi Flick and Jogi Low."