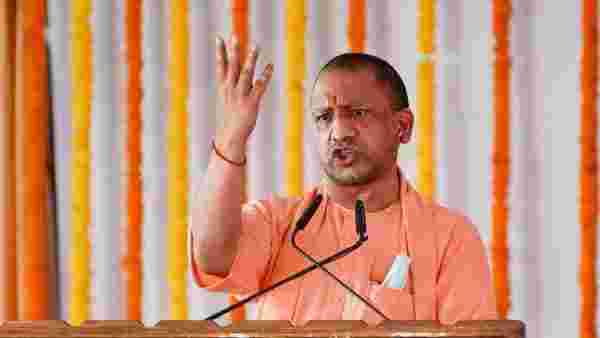 IIT Kanpur on UP's Covid handling: A study by IIT Kanpur has praised UP's Covid handling, saying the state government's steps to control the pandemic were quite successful. It also said that major component of UP's model was ensuring livelihood for marginalised and migrant population during Covid.

The IIT Kanpur team, which was led by Prof Manindra Agrawal, undertook an extensive study of the handling of the coronavirus pandemic by the Uttar Pradesh government known as the "UP Model" in which the state allowed economic activities to continue with Covid-appropriate protocols.

The report was released by chief minister Yogi Adityanath.

The study said that first major component of the model was ensuring livelihood for marginalised and migrant population and large scale support was provided through DBT mode to minimize the leakage.

Second component, it said, was continuation of uncontrolled spread required managing multiple aspects simultaneously. The state adopted the strategy of "aggressively chasing the pandemic" in order to control the spread.

"Our analysis shows that the steps taken were quite successful: Return of migrant workers was managed so that they do not cause spread of the pandemic in their native places. Restrictions on movements and containment zones reduced the speed of spread by a factor of two thereby reducing the peak of infections by the same factor. Also these measures were timed just right," the study said

It further said that health infrastructure, including Covid beds, healthcare workers, oxygen plants was expanded to cater to increased demands. For the period when oxygen demand rose significantly, innovative methods were used to transport oxygen tankers and distribute it within state, it added.

As is evident, the strategy of keeping the economy open and at the same time not allowing the pandemic to cause significant damage is hard to execute well for a large, populous, and resource-constrained state like UP, the study said.

On dead bodies floating in Ganga and buried in the sands, the study said while some communities have been traditionally following these practices, it is likely that there were more such incidents due to the pandemic. It said data from crematoriums in major cities of the state is unlikely to provide good estimates since big cities had a large influx of patients from nearby areas and those who unfortunately died among these were mostly cremated in the city itself. The most robust method is to use Civil registration System (CRS) that records deaths across the country, it added.

The study also said that Covid has reached endemic stage in Uttar Pradesh.

"Since the past two months, daily new infections in the state have been consistently below 100 — a clear indication that the pandemic has reached endemic stage in the state. Large-scale vaccination has accelerated this process, with the state recently crossing 10 crore vaccine dosages. In contrast, states like Kerala and Maharashtra reporting more than 10,000 and 2,500 infections per day respectively are still grapping with the pandemic," the study said.