'If they want me, I'm ready' - Everton star James Rodriguez speaks out ahead of Burnley Premier League clash 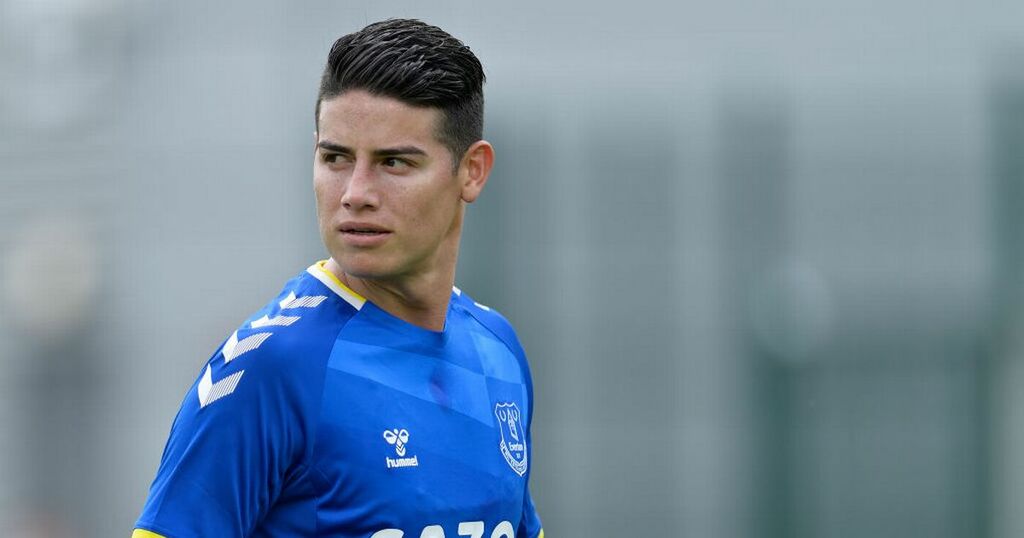 James Rodriguez has revealed he is fit and ‘ready’ to play for Everton against Burnley in the Premier League on Monday night.

The playmaker is yet to appear in a competitive game for the Blues so far this season while a move away from Goodison Park was a real possibility this summer.

However, despite interest from Turkish side Istanbul Basaksehir, James has stayed put and returned to training after being pictured on a yacht as he holidayed with friends during the recent international break.

Now back on Merseyside, the 30-year-old claims he is fit, raring to go and ready to 'do well' for the Toffees, insisting he is looking forward to getting back out on the pitch if he is selected to play.

Spanish Publication AS report via Sports Witness that James updated fans on Twitch, saying: “I’ve been coming in for a couple of days now, I had four days off.

“I’m preparing myself in case I have to play, I’m ready to do well if I have to play. I’m getting in good shape physically, I’m fine. I’m calm.

“Everton play on Monday, if they want to take me I’m ready, I’m looking forward to playing if it’s my turn.

“I’m very happy because the Everton fans have shown me a lot of affection, if I get to play I’ll play well as always.”

However, despite James’ eagerness to play, Rafa Benitez remained coy about whether or not the Colombia international would feature against the Clarets when he addressed the media at his pre-match press conference at Finch Farm on Friday.

While the player is training with the rest of his teammates, the Everton boss admitted that he doesn't believe he is yet match-fit - and knows he has to adapt to the team when the time comes.

"He's training with the team," said the Spaniard.

"Obviously we have been talking about his future and we had some clubs interested. He still is here, he's training with the rest of his teammates.

"The team is doing well, the players understand what we want to do. He has to understand that.