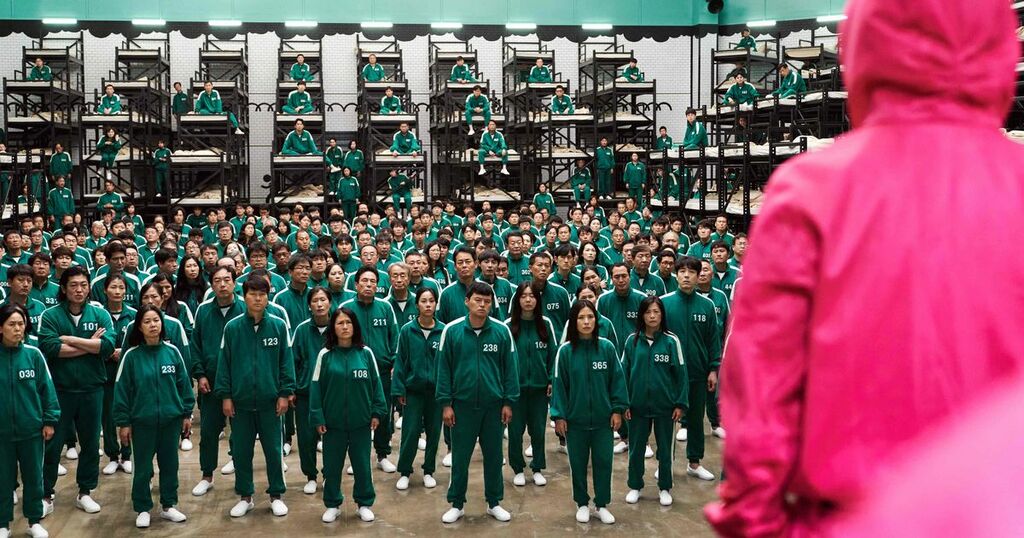 Earlier today we reported on the news that a Glasgow restaurant has made a Squid Game-inspired dessert.

The restaurant in question is healthy eatery Kcal Kitchen on West Regent Street, who are serving up some mouthwatering-looking pancakes topped with Dalgona - the Korean sweet which has gone crazy since Netflix aired its hit series last month.

That then got us thinking about what set of children's games would the 456 contestants likely play if a spin-off series was made here in Glasgow of the survival drama.

Here's our list of popular children's games that we recall playing on the street in the times before social media, smartphones, Ipads and Playstations, when your mammy told you to come in once it got dark to give her and the rest of your family some peace:

A classic playground game, this tag-based chasing activity sees one or two 'bulldogs' stand in the middle, trying to tag (or catch) the remaining players who have to run from one end of the playground to the other.

When the players are caught, they become bulldogs themselves, meaning the last player to avoid being tagged is the winner.

Not the dog food but an old classic . It was simply a game which involved chapping someone’s door and running away.

The best place to play the game was in a close, and if there were enough of you, you went between ‘White Horse’ and ‘Black Horse’. White Horse being all of you lining up outside the doors and starting by chatting the bottom doors, with Black Horse seeing those at the top start. Or was it the other way about?

Not the place Justin Bieber gets his Haggis battered, but the game consisting of throwing coins against a wall to see who could get closest or even land the coins on their side hugging the wall.

Played by as many players as you want, the closest person then tossed all the coins up in the air and called heads or tails, pocketing the coins that landed on whichever he called and so on.

The only thing you needed for this game was a lamppost for one person to stand and count at while the others found hiding spaces close by in an area to get somewhere under cover. Usually spoiled by someone sneaking a look while you hid.

Like an infinitely better version of Hidey, Two Man Hunt saw two of you try and chase down the rest of your pals after a countdown, which usually took place at the same lamppost.

What the edges of pavements were designed for, you chucked a ball off one pavement onto another hoping you’d hit the edge and it would bounce back to you. And if it did you’d get the chance to go in the middle for an extra point.

Bonus points given if you threw the ball over a passing car and hit the kerb after shouting 'Edgy Reggie' a few times and the first letter of the approaching car's number plate.

One for the footballers among us. You’d have one person in goal and two or three outfield players, aiming to score a volley or a header by them for a point. And when you got to seven, you’d swap in another keeper.