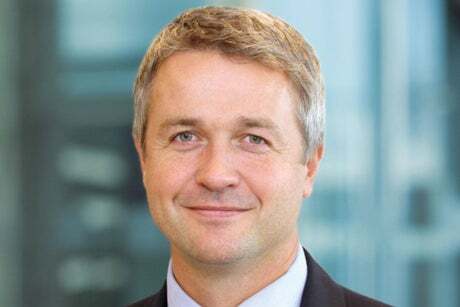 Winston Churchill once said that if you put two economists in a room you got two opinions, unless one of them was John Maynard Keynes in which case you got three. All the more striking, then, that when it comes to government spending on new infrastructure almost all economists can agree on one thing: we need more of it. More investment is seen as the key to boosting economic growth and delivering the net zero transition.

A cosy consensus always sets my alarm bells ringing, but in this case it’s hard to disagree. The difficulty comes when you try to turn the high-level conclusion into detailed plans. How is it a government delivering the biggest investment budget for decades is being criticised for downgrading the second phase of HS2? And why is Sadiq Khan warning of a “doomsday scenario” for London even though Crossrail is finally almost ready?

Let’s start with the facts. Government investment plans have been increasing since 2010, with an acceleration over the last few years. Three successive chancellors — Philip Hammond, Sajid Javid and Rishi Sunak — have increased capital budgets dramatically so that “Public Sector Net Investment” will be almost three per cent of GDP for the foreseeable future. According to the independent Institute for Fiscal Studies that’s the highest level for decades and roughly double the average of the last 40 years.

The result is that the constraint on investment is no longer budgets but getting the money out the door. Infrastructure projects need planning permission, a skilled workforce and high-quality project management to deliver them on time. For years now the limit to the pace of rail improvements has been a lack of technical capacity not money. All this is why the Office for Budget Responsibility assumes 20 per cent of the increase in capital spending announced in this parliament won’t get spent. Some will no doubt argue a record investment budget still isn’t big enough, but the more useful debate now isn’t throwing around fantasy numbers; it’s about what’s deliverable and value for money for taxpayers. This is the way to understand the row about HS2.

Why did a Government focused on levelling up and announcing the biggest strategic rail investment programme in history end up disappointing expectations built up around the Leeds branch of HS2 and the Northern Powerhouse Rail project? The answer is that on any reasonable value for money assessment they do much less well than the multiple smaller local improvements chosen instead. Within the constraints of what’s deliverable it was an economic no-brainer. These projects are not purely economic — they are hugely politically symbolic. That’s why I suspect the decision will be revisited in the years ahead.

London’s problems have more specific origins: the collapse in passenger numbers due to the pandemic and the reality that London is no longer the priority it once was in national spending plans. Despite £4 billion of Treasury bailouts so far, the Mayor is warning that 100 bus routes will need to go and Tube services could be cut by nine per cent.

Some of these warnings sound like what the Treasury calls “bleeding stumps” — worst case scenarios to build political pressure but which won’t actually happen. Like the RAF warning the Red Arrows might have to go, or the BBC claiming cuts will mean the end of CBeebies. But for Transport for London there is an underlying truth: passenger numbers are down and likely won’t recover to anything like pre-Covid trends. That means difficult negotiations to fill the budget hole with a mix of higher fares, lower spending and more support from national taxpayers. It also means the business cases for many future projects no longer stack up. Combine all this with the national focus on levelling up and London is going to have to make some painful adjustments.

With fewer passengers and Crossrail online next year, the crunch for London’s transport infrastructure has been postponed, but a plan for the future is still needed. North-south connectivity is poor, so how can projects like Crossrail 2 be kept alive? Creativity is required, especially over private finance. Pension funds and international investors are queuing to invest in infrastructure with strong business cases and carbon profiles. If London wants to remain a global capital in the age of levelling up it should start taking control of its own future.

What do you think can be done to keep London as a global capital? Let us know in the comments below.