If Fear The Walking Dead’s New Villain Is Strand, I Want The Bad Guys To Win 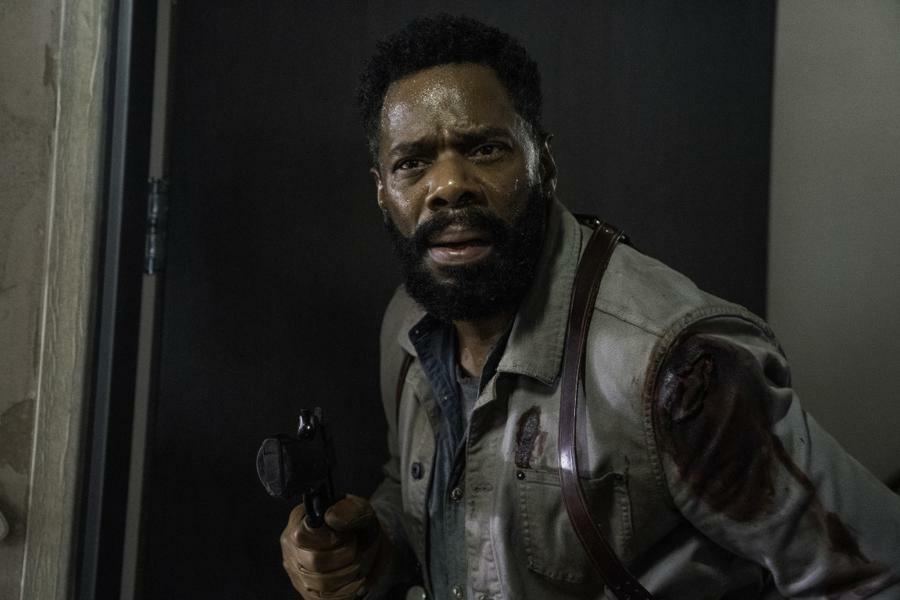 AMC released the first Fear The Walking Dead poster the other day, alongside a new trailer that shows just how utterly ludicrous this zombie drama has become.

In a sense, the poster tells us more about the new season than the trailer. The trailer shows off a radiant Texas, the fallout from the nuclear missiles having turned the world orange.

Orange is the color of the poster, too:

If nothing else, this poster at least suggests that the conflict in Season 7—or at least its outset—will not involve a new group of enemies. Rather, Strand and Morgan are being set up as antagonists. In the very stupid Season 6 finale, Strand tried to throw Morgan to the zombies (for literally no sensible reason) and then later told the guy he meets in the building that he’s Morgan Jones.

How this plays out in Season 7 remains to be seen. Probably in the most idiotic way imaginable, but maybe I’m just jaded. A Strand vs Morgan conflict isn’t a bad idea at all, if you think about it. They’re diametrically opposed in just about every way. Strand is, at his core, a selfish rogue. Morgan is a sanctimonious do-gooder. They’re bound to clash and so why not take it up a notch?

As my headline suggests, if this is how things play out I want Strand to absolutely destroy Morgan and anyone on Team Morgan. I want Alicia to join him because she’s sick if his cloying nonsense (though she won’t, of course). Daniel, well, I just want Daniel to go out guns blazing. They’ve done him dirty.

Of course, I won’t get what I want when it comes to Fear The Walking Dead. More likely we’ll have Morgan and Strand each make competing PSA videos and leave them at nuclear fallout shelters all across the vast Continent of Texas.

You know what it is.