Iconic Late Late Toy Show moments down through the years 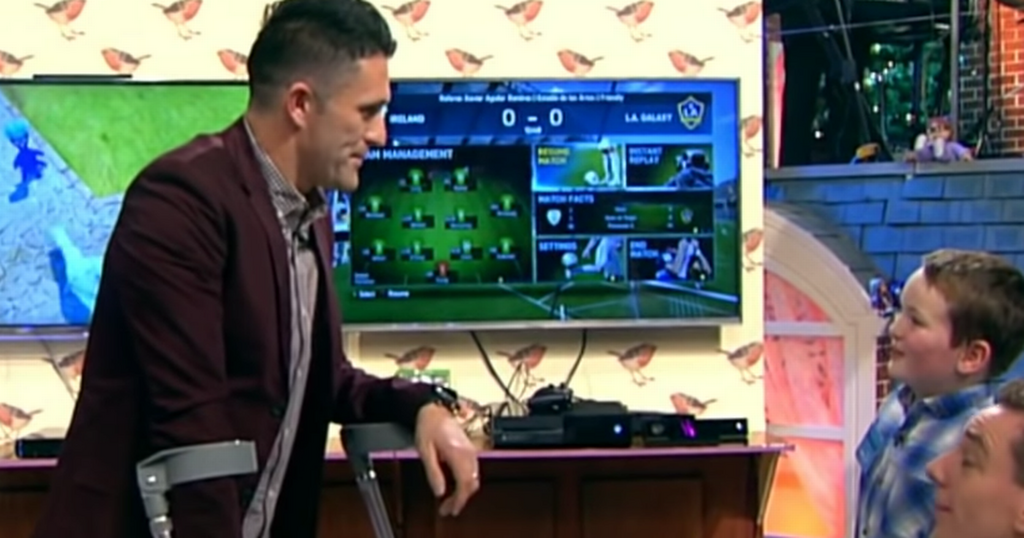 With the highly anticipated Late Late Toy Show being aired on our screens this Friday, we decided to take a look back at some of the annual programme's iconic moments over the years.

The toy show first started out as a 30-minute slot at the end of 'The Late Late Show' in the 70s to show what toys were available and eventually it got its own dedicated night in the lead up to Christmas as a festive extravaganza with toy testers and performers.

The presenters may have changed down through the years but the magic the annual show has provided to generations of children has never diminished.

For many Irish families, it signifies the start of the festive period and is one of few tv shows enjoyed by all ages. Snuggled up on the couch with the fire blazing and some hot chocolate makes for an ideal night in.

Have a look at some of the iconic 'Late Late Toy Show' moments down through the years.

Possibly the most memorable child that has ever been featured on the show. Back in 2009, John Joe Brennan captivated the audience and stole the nation's hearts with his eloquent way with words and his love for clocks.

Football mad Domhnall thought his year had been made from getting to feature as a toy tester. Little did he know, he was about to meet his hero, Robbie Keane. At first, he was absolutely astounded to see Robbie standing right in front of him but it didn't take him long to find his words.

Bluebell native Mia Farrell was chosen as a toy tester in 2017. When Ryan posed the question to her about having a dog, she explained that her house was too crowded for a pet. For her positivity and mature attitude, the show gifted herself and her family a trip to Florida to enjoy a getaway together.

Aimee Keogh was the envy of the whole country in 2014 when she got to meet her idol Ed Sheeran. The lucky Dubiner even got to duet with Ed singing Lego House live on national television.

Alex came on our screens back in 2012 in pure style, from his dotey paddy cap to his snazzy tractor and trailer. We reckon he is the cutest Gaelgóir to ever grace our screens. We'll never forget the iconic conversation between himself and Ryan, "Any craic? - Níl".

One of the most famous people to make an appearance on the show - the country's beloved puppet Bosco paid a visit to the toy show back in 2013. Those who grew up in the 70s and 80s will fondly remember watching Bosco take trips to Dublin Zoo and the HB ice cream factory.