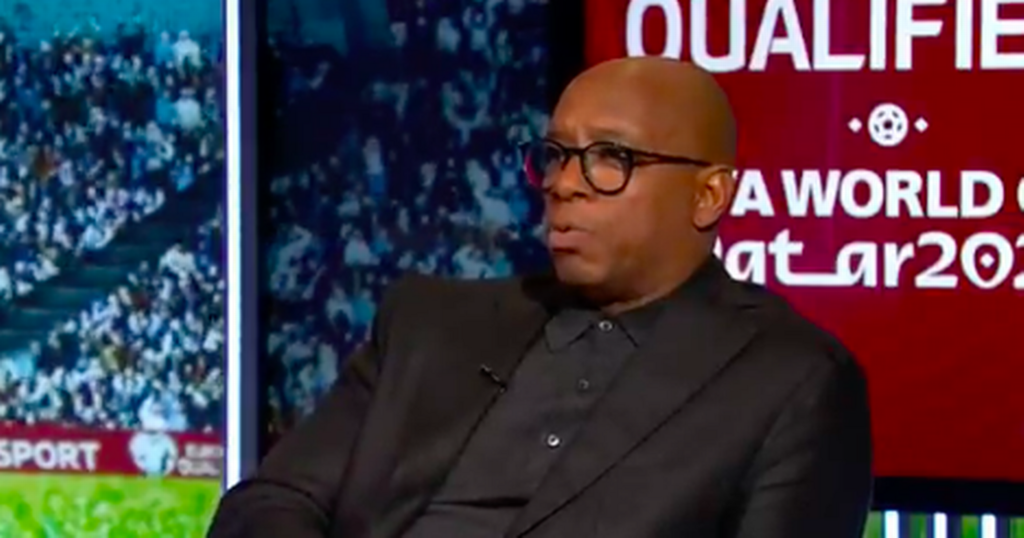 Ian Wright believes "something has to happen" with Raheem Sterling's situation at Manchester City amid links to Arsenal.

The 26-year-old winger, who has just less than two years remaining on his contract with the reigning Premier League champions, is reportedly a target for the Gunners.

According to Italian news outlet Calciomercato, Arsenal have offered money plus one out of Alexandre Lacazette, Gabriel Martinelli and William Saliba to Man City for the England international.

This report comes just a few days after the Daily Star reported the Gunners are 'keeping watch' on Sterling, with his contract talks at the Etihad Stadium said to be moving slowly.

Sterling has made just two starts in the Premier League this season under Pep Guardiola, with five outings from the bench.

City have an array of options in Sterling's position and Wright has now spoke about the England winger's situation in Manchester, including a four-word verdict that "something has to happen".

“You’re looking at a player who is easily one of our [England's] most potent players who isn’t playing at his club, at some stage he’s going to have to sort it out," the Arsenal icon told ITV Sport on Saturday evening.

“We know that Gareth will pick him and come the World Cup as long as he’s fit he’ll be going.

“But from a personal view whatever is going on with him and the manager, I think it was after a game against Man United then it was Southampton he went and had a word with him but since then been out of it.

“At some stage something has to happen where he plays more regularly.”

Guardiola was asked about Sterling's situation at the club recently and told the former Liverpool star how he can once again cement a place in his plans.

"Do you know how many incredible successes we had in the last seasons, yeah? Impossible without Raheem. He is such an important player," the City boss explained.

"But I am here to tell them. He reached an incredible high standard and I have to tell him this is the standard we need, for you, for all of us.

"And I’m pretty sure he will get it. If he’s able to do it, he will do it. And I’m so optimistic that he will do a great season.”

Sterling has scored the one goal in 10 appearances in all competitions for his club so far this season.