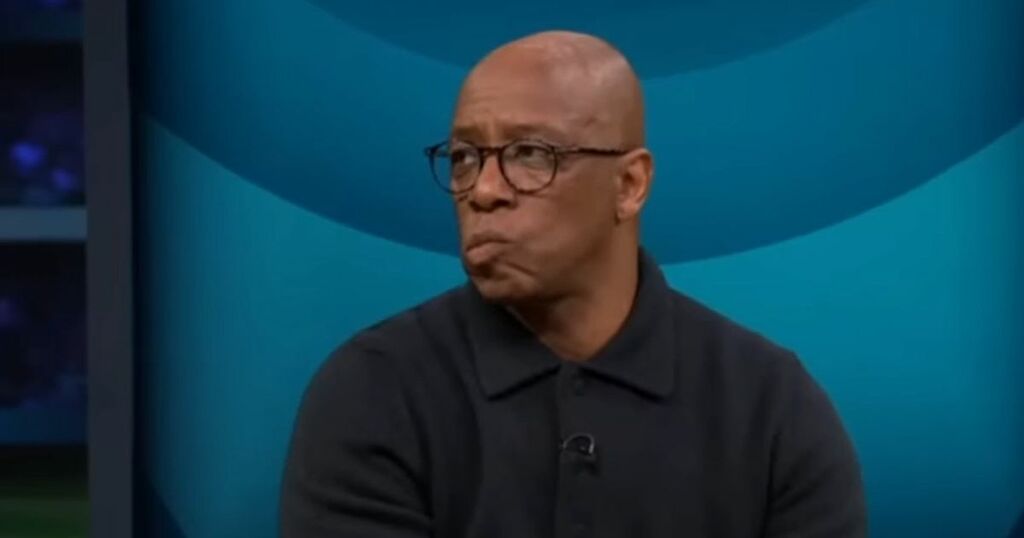 Arsenal legend Ian Wright has pointed the finger at "terrified" Rob Holding for his part in the Gunners' humiliating defeat to Tottenham.

Mikel Arteta's men went into Thursday's game knowing a win would book their place in next season's Champions League. But the latest edition of the north London derby turned out to be a disaster for Arsenal as they were comfortably beaten by Antonio Conte's men.

Holding started alongside Gabriel at centre-back for the visitors, having impressed in Ben White's absence. He had helped the Gunners to win four successive games heading into Thursday's crucial clash, but it was a night to forget for the Englishman.

The defender lasted just 33 minutes before being sent off for committing two bookable offences. Both of those fouls were on Heung-Min Son, with Holding first pulling him back, before then body checking him seven minutes later.

Arsenal had already gone a goal behind by that point, with Harry Kane slotting in a penalty after Cedric Soares had brought down Son. The Gunners fell apart after Holding's sending off, conceding just three minutes later before seeing a third goal go in at the start of the second-half.

Though Arteta's side remain a point ahead of Spurs heading into the final two games, the defeat was a huge blow to their ambitions of finishing in the top four. And Wright pointed to Holding's sending off as the key reason for Arsenal falling apart.

HAVE YOUR SAY! Who do you think will win the race to finish in the top four this season? Comment below.

"Rob Holding is terrified of Son’s pace. In each instance, we are seeing Holding trying to win the ball. Especially after the first couple, you say okay it’s going into him. Let him get hold of it and maybe lay it back because you can’t afford to go down to ten men," Gunners legend Wright said on Premier League Productions.

"He has got no complaints [for the red card]. That right side has been a problem for us. It has been a mismatch. You can see how uncomfortable Holding was. In the end, the way he has been sent off, he has no defence of himself there."

Arteta refused to join Wright in blaming Holding, instead hinting that he felt Paul Tierney had got the decision wrong. The Gunners boss went as far as to claim that Tierney had "destroyed" the game for his side.

"If I say what I think I am suspended six months. I am allowed to give my interpretation of what I thought, but I do not like to lie. I cannot say what I think, I will be suspended. I am so proud of my players," he told Sky Sports.

"Ask the referee to come here and explain his decisions. That's his decision. Such a beautiful game was destroyed here. The decision is made. I cannot change it. The referee has to make the decision and react in football.

"This game is history for us. Now it is Newcastle. We know how it went out of our hands and we accept it. Now we go to Newcastle and be the team you saw right from the beginning in this stadium."