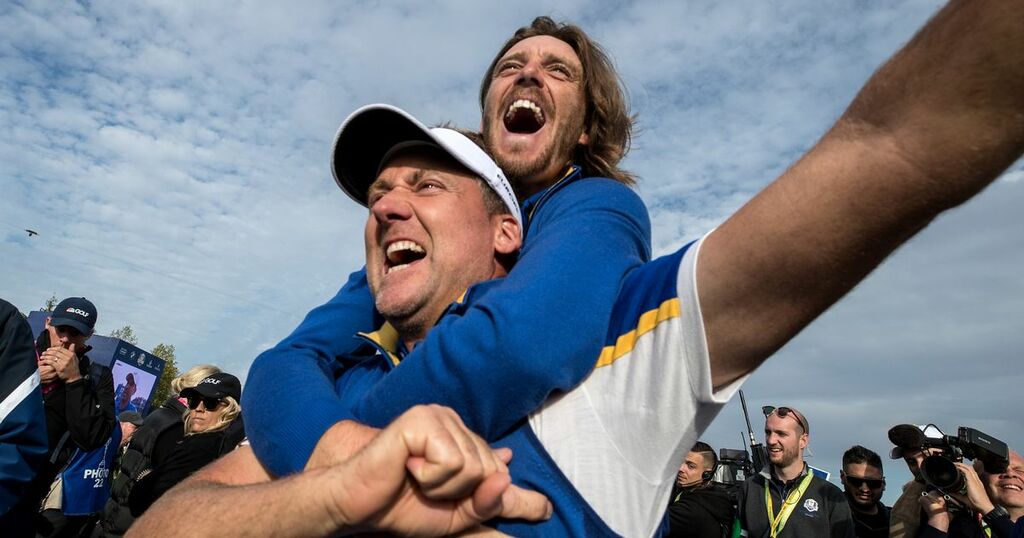 Ian Poulter has teed off the Ryder Cup mind games by claiming the six US wildcards will be under twice the pressure next week.

Europe skipper Padraig Harrington insisted he had only wanted three picks – and has named veterans Poulter and Sergio Garcia along with Shane Lowry.

US captain Steve Stricker has got six wildcards in his team at Whistling Straits, including four rookies

And Postman Poulter, who has been picked for the fifth time, claimed: “Being asked to join a team definitely adds a little bit of extra pressure. And it's not easy. We've had three picks this year, and obviously the US Team have got six picks.

"It's not easy. The player has to embrace it. He has to be comfortable with that, and he has to go out and enjoy the week at the same time.

"These Ryder Cup pressures can be pretty intense.”

Poulter, 45, revealed Harrington told him in March that he wanted his experience in his team.

“I sat down with Paddy and he said: 'Look I want you to go out and play good golf this summer, I want you to be part of the team again, you add a lot of value,” said the Postman.

“I left that dinner, knew what I had to do and I think I’ve done that. Now I can't wait to get there.

"I’ve played often with a target on my back. This will be no different.”

Harrington insisted Austrian debutant Bernd Wiesberger would be a strong addition to the team – and he would have been selected ahead of Justin Rose if he had had extra pick.

“You've got to back the player, and this is why we have a qualification system,” said the Dubliner. “If I had four picks, Bernd would have been a pick, anyway.”

And the three-time Major winner insisted his close friendship with Lowry made it harder for the 2019 Open champion to get a wildcard.

“It actually made it harder for Shane to get in the team.”