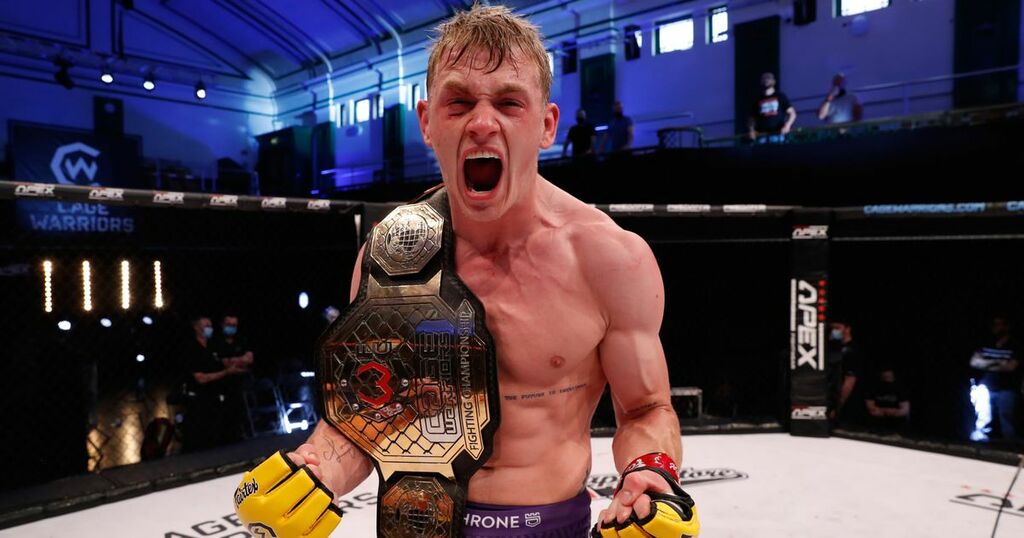 The unbeaten Garry, 7-0, signed with the top MMA promotion after winning the Cage Warriors welterweight title against Jack Grant in June.

He has recently relocated to Sanford MMA in Florida to train for his highly-anticipated debut.

And Mirror Fighting has confirmed that he will face two-time promotional veteran Jordan Williams, 9-5, who will be looking for a vital win to keep his UFC hopes alive.

The bout will take place at Madison Square Garden on the undercard of the Kamaru Usman vs Colby Covington world welterweight title rematch.

Williams, who earned his spot in the UFC with a stunning win over Gregory Rodrigues after three goes at Dana White's Contender Series.

But he has struggled in the promotion since, losing his debut to Nassourdine Imavov before being beaten in July by Mickey Gall.

Garry, on the other hand has gone from strength-to-strength, beating Shore in his most recent outing to maintain his seven-fight professional winning streak and taking home the top prize from Cage Warriors welterweight mini-Grand Prix.

Speaking with Mirror Fighting ahead of the bout Garry said that the significance of fighting at MSG, the home of some of the most renowned fight nights in history, was not lost on him.

And he has promised to put on a performance worthy of a venue that housed such legendary occasions as Conor McGregor's double-champion coronation, Muhammad Ali vs Joe Frazier and many more.

"I'm obviously excited to make my debut in the most iconic sports venue on the planet," Garry said.

"I'm going to have a performance that's just as big as the venue."

He has left Ireland, where he had departed from Team KF in Dublin, to train with renowned coach Henri Hooft at the famous Sanford MMA gym.

Top welterweights such as current champion Usman and former titlist Robbie Lawlor have trained at the facility in Florida, as well as the likes of Michael Chandler and Rashad Evans.

"Life in America is wild," he continued. "I'm training at one of the best gyms in the world.

"I'm keeping my head down, working my a** off and looking forward to all of the glory it's going to bring me.

Garry is the latest Irish fighter to sign with the UFC, after first Tom Egan and then Conor McGregor laid the groundwork for a number of star's from the Emerald Isle to make their way to MMA's number one promotion.

McGregor is far and away the biggest star not just in Irish MMA, but arguably in combat sports, and his debut paved the way for a generation of talented fighters like Cathal Pendred, Paddy Holohan, Aisling Daly, Neil Seery and Paul Redmond.

The promotion currently has three Irishmen under contract in McGregor, Garry and welterweight prospect Dean Barry, who is expected to debut later this year.