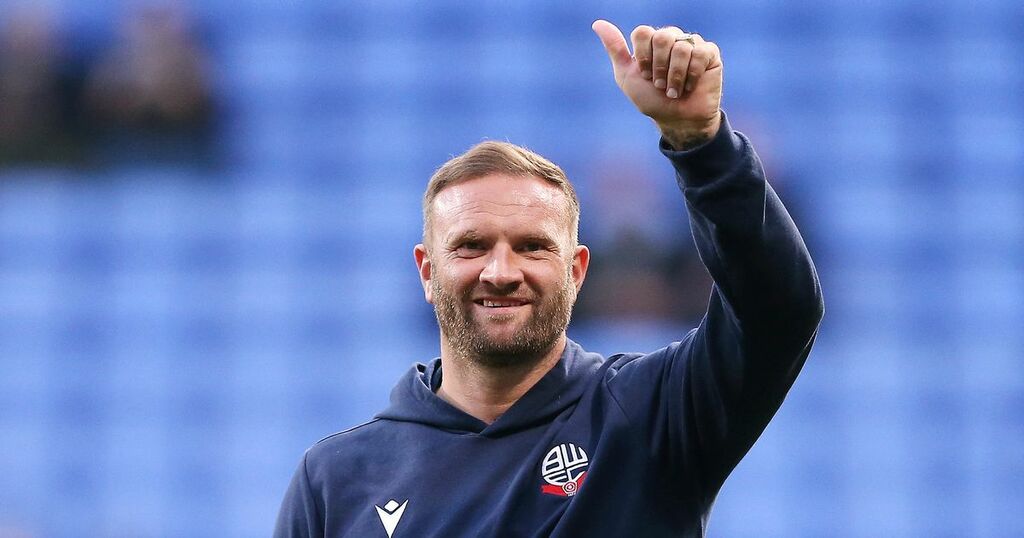 In front of the Sky Sports cameras at the University of Bolton Stadium, neither side broke the deadlock in the League One encounter.

Wanderers thought they had in the first half when Kieran Lee turned home a Lloyd Isgrove cross, but it was disallowed for offside after Eoin Doyle was adjudged to have been in Ben Garratt's line of sight.

Bolton recorded 74 per cent possession against the Brewers as they ultimately could not find a winner from anywhere, though Nathan Delfouneso could have won a penalty in injury time after being felled in the box by Frazer Blake-Tracy, while John Brayford was sent off for a second bookable offence against Dapo Afolayan.

The point leaves Wanderers 12th in the table after playing six games.

And Evatt believes he could not have asked for any more from his players as he vowed the showing was as good as it's been under his reign.

With the game being broadcast to the nation, Evatt believes the country can see that Wanderers are on their way back following promotion out of League Two last season.

He said: "I couldn’t have asked any more of any of them. The two that came in - Liam Gordon and Kieran Lee - were outstanding. Man for man, we were excellent.

"That’s as good as we’ve played under me, the way we manipulated and moved the ball. I thought the crowd were excellent as well because they have to understand as much as they want us to attack, Burton are built for us crossing from deep and playing long and direct into the box.

“They want that, but when we’re intricate and we’re trying to move side to side and get someone in with a better passing angle or crossing angle, I thought they really stuck with us and they should be proud of their team tonight because I’m proud of them and I’m sure the players are proud of their fans as well.

“That (a first half Burton chance) was pretty much it or a small mistake second half when we’re trying to play out, but when you play the way we do, that’s going to happen from time to time, but you can’t lose faith or confidence and we didn’t and we carried on.