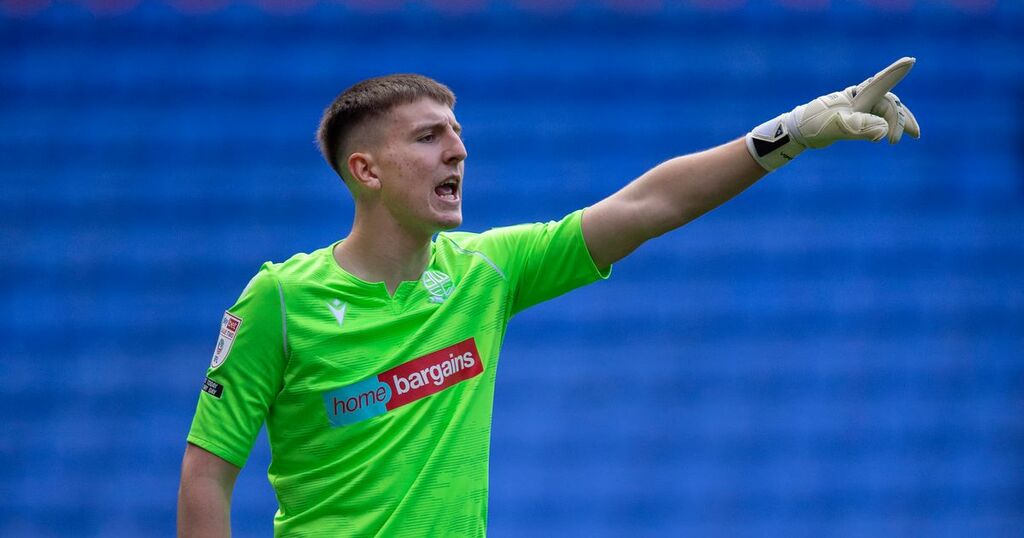 Ian Evatt has stressed that James Trafford is a completely different player to Billy Crellin and pleaded to Bolton Wanderers fans to give the young goalkeeper a chance as supporters expressed concern over his age and inexperience.

Trafford yesterday became Bolton's fourth signing of the January transfer window after the permanent acquisitions of Dion Charles and Aaron Morley, as well as the loan signing of Marlon Fossey from Fulham.

The 19-year-old Manchester City loanee will add to competition within the Whites’ senior goalkeeping ranks alongside Joel Dixon and Luke Hutchinson.

He could make his Wanderers debut tomorrow against Ipswich Town.

Some supporters have expressed concern at his young age and inexperience so far in the men's game, having played 11 times on loan at Accrington Stanley in the first half of this campaign.

Comparisons have been drawn with what Wanderers experienced last season with Fleetwood Town loanee Billy Crellin, who started the season as the club's number one goalkeeper but was dropped for veteran Matt Gilks following a string of high profile errors.

Evatt has addressed those concerns and admits that he understands fans' trepidation in terms of the the age comparison between Trafford and Crellin.

But the Bolton boss has stressed it is a completely different scenario and sent a message to fans that new signing Trafford must be given a chance to play first before making a judgement.

And he believes in terms of goalkeeping style and ability, there is no comparison to be made between Crellin and Trafford.

Evatt said: “Do I understand the trepidation, yes, in terms of that they are the same age. But they are completely different people, characters, players. You can’t pigeon hole everyone as the same, you have to give them a chance.

“We will know come the end of the season whether it was a right or wrong decision but for now we have to support him, give him all the confidence and belief we can, and hope he does the job we believe he can do.

“In terms of goalkeeping style and ability, it’s a non-comparison.

“People will have to make their own mind up but I hope they wait to see him play and not before."