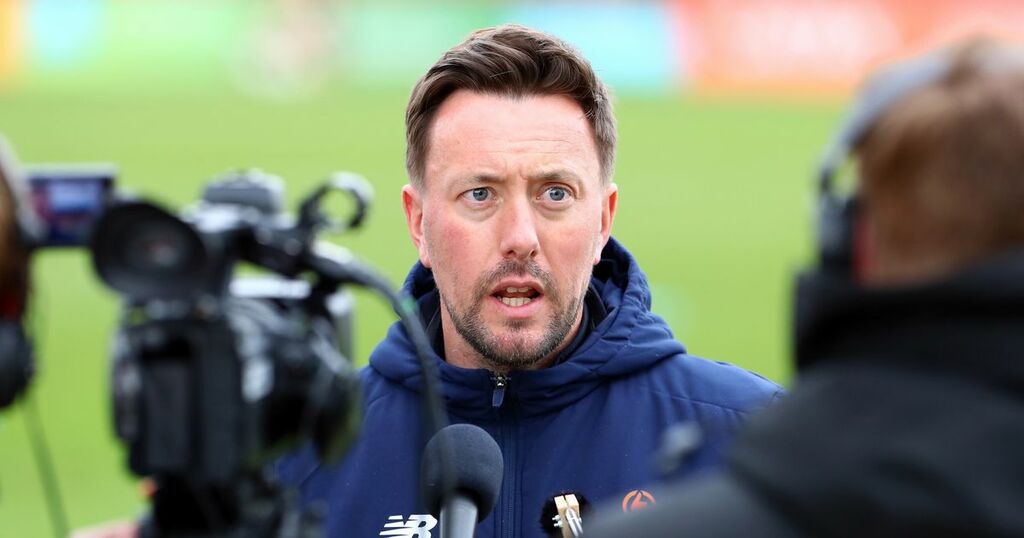 Notts County head coach Ian Burchnall felt his side should have been awarded a crucial penalty after the Magpies were held at Weymouth.

Ruben Rodrigues appeared to be hauled down in the box with the score at 1-1 in the final minutes but referee Scott Simpson turned down the appeals.

It proved a crucial moment as Notts had been pegged back by Andy Robinson's equaliser after Callum Roberts had opened the scoring with a terrific free-kick.

Burchnall saw the incident again after the final whistle and said he felt Notts were hard done by.

"Yes, we could have had a penalty," he said.

"We've seen that again. It's looks a very clear penalty.

"Ruben has gone past the man so he has no reason to go down.

"It's strange but it's late in the game and the referee has a big decision to make.

"If he's not sure he doesn't take it. But aside from that we've done enough to win the game.

"We created lots of chances and on the balance of the play we've done more than enough to win the game.

"But it's disappointing we haven't scored more."