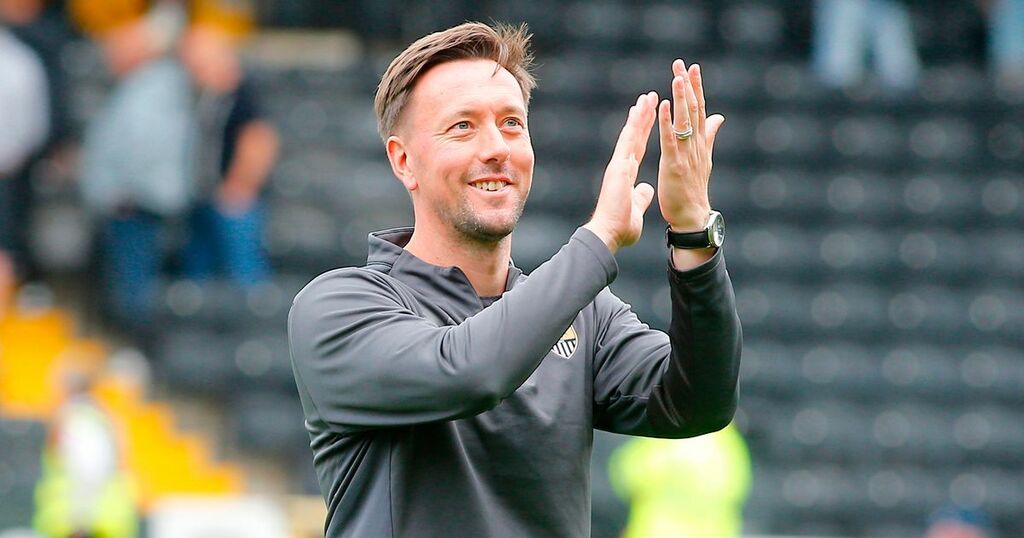 Notts County head coach Ian Burchnall admits his side are "not firing yet" as he looks to preserve their unbeaten start against Wealdstone tomorrow night.

The Magpies have made a fine start to the season, having secured two wins and three draws in their opening five games to put them in the top seven in the table.

It is the best start to a season Notts have made since the 2006-07 campaign as they look to make it even better with three points against Wealdstone at Meadow Lane.

But Burchnall concedes his side have yet to hit full throttle after making a number of new signings in the summer.

"We are in a place where we probably thought we would be," he said.

"We're not firing yet. We don't feel like we're as fluid as we can be. I think we can still be better than we are. But there are a lot of new players being introduced into a new way of playing as well.

"The relationships and the connections for this kind of football need to be built up.

"But at the same time, we haven't lost any games and we've been difficult to beat. We've scored in every game we've played. We are growing it into the season, but I still think there's more to come."

Notts go into tomorrow night's game against Wealdstone on the back of a 1-1 draw at Weymouth at the weekend which saw Callum Roberts underline his importance with a majestic free-kick.

The former Newcastle winger has enjoyed a fabulous start to the season having missed the majority of last term because of a long-standing problem with his abdomen.

An operation in the summer has since fixed the issue and Roberts has looked superb in the opening five games.

And Burchnall is very happy with how Roberts has started the campaign.

"We all need to know that teams are going to look at some of our attacking threats, not just him, but Ruben Rodrigues, Kyle Wootton and when Kairo Mitchell plays, whoever the attacking threats are, they're going to try to kill the space, stop them playing and frustrate them for periods.

"It's obvious that he can have periods where he's not influencing the game as much as he wants to but then it's for the other players to step up in that attacking sense and support it.

"As they get success there will be more space for Cal who will come into the game.

"He's been very good for the whole season as has Ruben and Woots as well in the frontline.

"So we have to expect that there'll be moments in the game where it's quiet for him. But the bits where he can kind of accelerate and show what he could do is coming more frequently now."