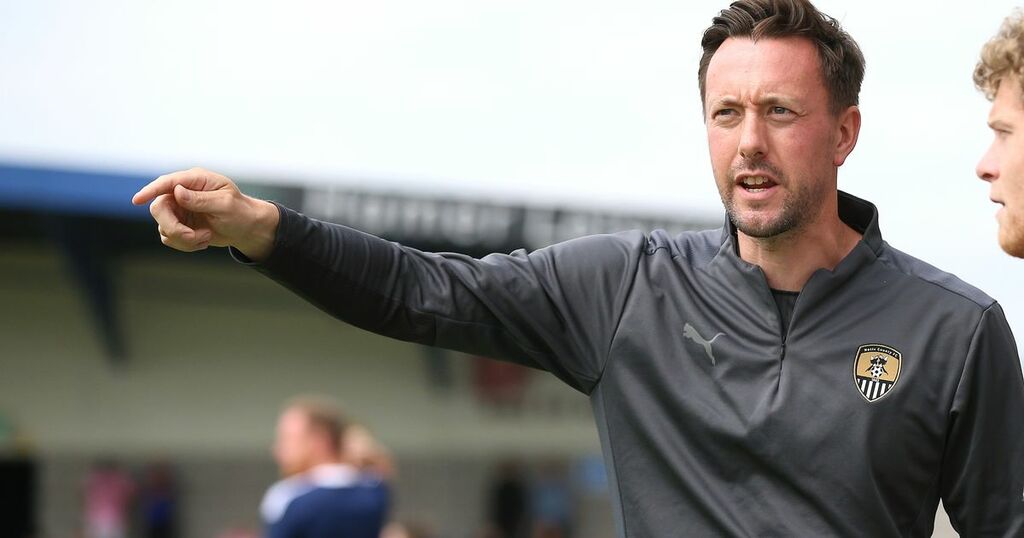 The midfielder has yet to appear in the Magpies' squad since the season began having been a free transfer signing from Bournemouth in the summer.

Vincent missed a large chunk of the club's pre-season programme while he recovered from a knee injury, but did feature in a behind closed doors friendly clash against Nottingham Forest.

But there are now no longer any fitness concerns surrounding the former Torquay midfielder and he has been training fully.

However, Notts have made such a good start to the season that Burchnall says it's just a matter of waiting for his chance.

"Frank's training really well and it's so easy for me to say to him 'you've got to be patient'," he said.

"But he really has to just be patient. We've started the season well and we haven't lost yet.

"It's a matter of waiting for the opportunity to step in and that will come at some point. Then it's up to him to retain that spot.

"But he's training well and pushing. He's given us a decision to make for the weekend."

Vincent will be hoping to be included in the squad that travels to face Weymouth on Saturday as Notts look to maintain their unbeaten start.

The Magpies roared to an opening day win at Barnet where they secured a 5-0 victory before drawing with both Wrexham and Torquay.

They then produced a thrilling 3-2 win over Aldershot last weekend, but there is a feeling inside Meadow Lane that Notts have yet to reach top gear.

That bodes well for the rest of the season with Notts currently fourth in the National League table in what is their best start to a league campaign since 2007.

And having added fresh and vibrant signings across the summer, Burchnall is excited by Notts' potential.

"We've turned over a lot of players and we've brought in quite a few younger players that are really hungry to learn and develop and over a period of time," he said.

"We tried to retain players on slightly longer deals so that we can work with this long term and I think we're right at the start of that really.

"It's exciting to look at the potential of the squad and see where some of these players can get to because I think some of them can go up some levels."