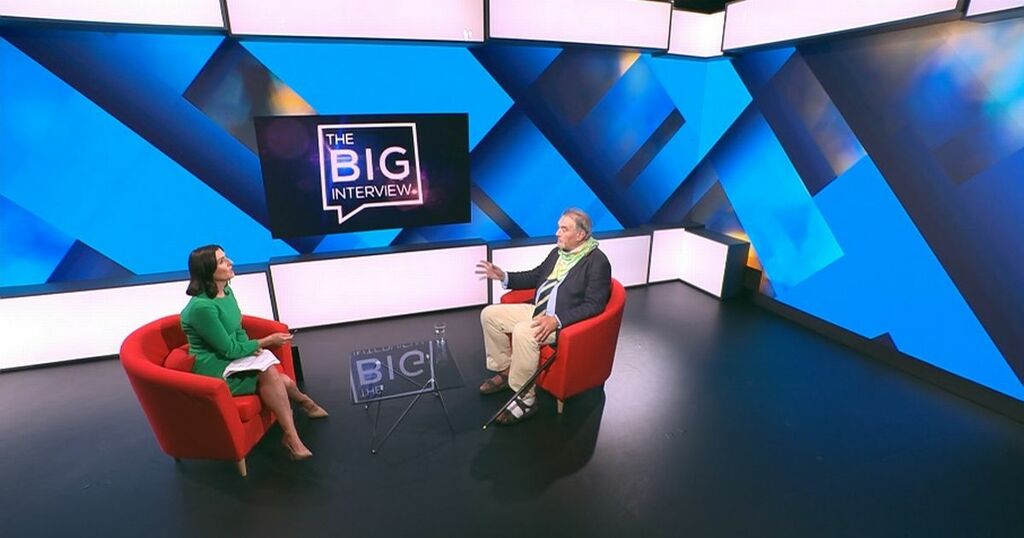 On Monday, September 13, Virgin Media One will be airing an in-depth interview with Sophie Toscan du Plantier’s suspected murderer at 9p.

25 years ago, the young French filmmaker was found dead at her home in West Cork, and her case turned into one of the biggest murder investigations in Irish history, attracting huge public interest.

Many routes of the investigation seemed to lead to one man, Ian Bailey, as the suspected murderer and still today there are many who believe he killed du Plantier in December of 1996.

Bailey continues to deny having any part in her killing and is due to speak in-depth about the case with Virgin Media News anchor Colette Fitzpatrick.

During ‘The Big Interview’, Bailey will talk about the recent appeal for information from Sophie's son Pierre Louis Baudey-Vignaud which he describes as "deeply sad" and believes it was directed at him.

He also offers up his own theory about who was responsible for the Frenchwoman's death - a person he recently claimed to have passed away a long time ago.

He told Newstalk: "Somebody in Ireland knows that it wasn't me. I don't know if anybody does know who it was, I suspect there are people who do know who it was.

"Is the killer still alive? I keep seeing this reference, the fact that the killer I think - if my own theory is correct, and I can't say too much about it - the murderer is dead and has quite a long time ago passed away."

The former journalist will talk about how the case has consumed a quarter-century of his life, leading to some "really really, low dark periods."

The Netflix and Jim Sheridan coverage of the murder case will also be touched upon - both of which have been dissected by viewers, with a number of discrepancies found between the two.

Recently, Bailey said he was considering taking legal action against Netflix over its “biased” documentary on the murder.

The 64-year-old said from his point of view the three-part true-crime series is a “piece of self-serving propaganda”.

To tune into the full interview, head over to Virgin Media One on Monday, September 13, at 9pm.