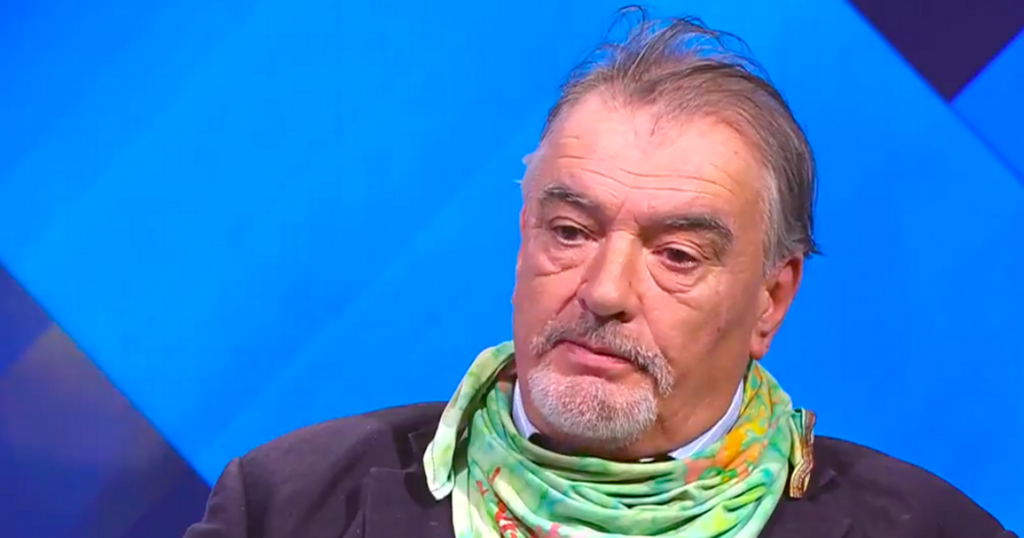 Ian Bailey has said that the claim that his former partner Jules Thomas nearly lost an eye after an assault is "gross exaggeration."

Later tonight, The Big Interview will be broadcast at 9pm on Virgin Media One, where Bailey will be interviewed by Colette Fitzpatrick and aside from the murder of Sophie Toscan du Plantier, Bailey's relationship with Jules Thomas will also be discussed.

Speaking with Fitzpatrick, Bailey is questioned about Thomas where he's told that she "nearly lost an eye" during one of the multiple assaults inflicted by Bailey and that "her eye was the size of a grapefruit."

"I think that was a gross exaggeration but I do accept," he said.

At this point, Fitzpatrick interjects and says: "She was in the hospital, Ian."

The interviewer added that her lip was "almost completely severed from her gum" as she had to get eight stitches.

"I know, it's shameful," Bailey replied.

Bailey's relationship with Thomas ended in April of 2021, however, in 2014 Thomas told the High Court that an alcohol-fuelled "attack happened" at the hands of Bailey in 1993, leaving her with "very painful" injuries.

Thomas also told the High Court of a second "alcohol-fuelled" assault carried out by Bailey against her in May of 1996 which was described as "very bad", confirming that she experienced hair loss and facial injuries during the assault. She added that a third assault also occurred in 2001.

Regarding the death of French filmmaker Sophie Toscan Du Plantier, Bailey has maintained his innocence, however, he is a prime suspect in the case.

25 years ago, the young French filmmaker was found dead at her home in West Cork, and her case turned into one of the biggest murder investigations in Irish history, attracting huge public interest.

Bailey continues to deny having any part in her killing.

During ‘The Big Interview’, Bailey will talk about the recent appeal for information from Sophie's son Pierre Louis Baudey-Vignaud which he describes as "deeply sad" and believes it was directed at him.

Bailey also offers up his own theory about who was responsible for the Frenchwoman's death - a person he recently claimed to have passed away a long time ago.

The recent documentaries made by Netflix and Jim Sheridan will also be touched upon.

Bailey recently said he was considering taking legal action against Netflix over its “biased” documentary on the murder.

The 64-year-old said from his point of view the three-part true-crime series is a “piece of self-serving propaganda”.

He claims he told film director Jim Sheridan he was prepared to do it on-screen as part of a new documentary on the story.

However, the test never went ahead because the Oscar-winning filmmaker never took him up on the offer.

Bailey said: "Jim and I spoke about me doing a lie detector test on camera to prove to the whole world I am innocent.

"I indicated to him I was more than willing to do it because I didn't kill Sophie and had nothing to hide.

"For whatever reason Jim didn't take me up on the offer and it never happened.

"The problem of course with lie detector tests is they are not facilitated in either Irish or UK common law, so, therefore, are not admissible in court.

"But yes I did think about doing it."

The self-confessed chief suspect in Sophie's brutal death also confirmed he received no fee for his special one hour interview with Colette Fitzpatrick.

The Big Interview airs tonight at 9pm on Virgin Media One