'I will always be a Red,' reveals Manchester United favourite Chicharito 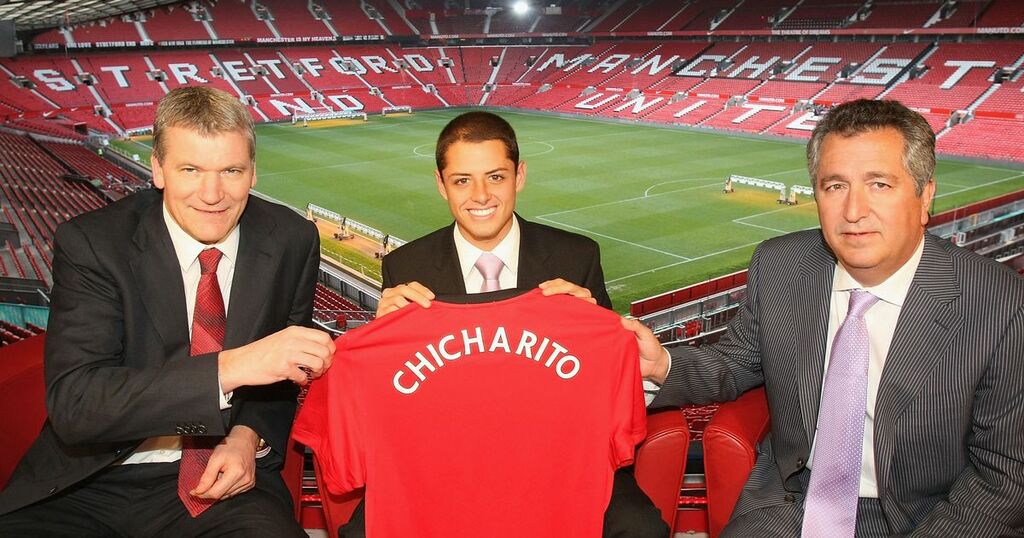 Javier Hernandez, affectionately known as Chicharito, has admitted that he will always be a Red at heart, despite moving on from the club permanently in 2015.

The Mexican forward has always been a fan of Manchester United and arrived at the club having watched them on television from a young age in Guadalajara, his home city.

The 33-year-old enjoyed a prolific first few years in Manchester and was valued highly by Sir Alex Ferguson for his work rate and knack for scoring decisive goals in important matches. He was a fixture in the United title-winning side of 2010-11 and played the full 90 minutes in the Champions League final loss to Barcelona.

However, once fellow Scotsman David Moyes took charge in 2013, Hernandez struggled for game time. Despite finding the net on several occasions as a substitute, unfortunately, that season was his last as a United player. He spent the 2014-15 season on loan at Real Madrid before completing a permanent move to Bayer Leverkusen at the wishes of Louis van Gaal.

The Old Trafford favourite appeared on the UTD podcast, where he took the opportunity to speak about the great time he had as a United player, especially during the years working under Ferguson.

"Manchester United is always going to be my team. I’m very grateful for Real Madrid, Sevilla, Bayer Leverkusen, West Ham, all of them," he told UTD Podcast hosts.

"I love them [my former teams], I still love them, and I’m going to be grateful forever, but honestly, I feel it that you’re once a Red, always a Red.


"What I experienced, what I lived, I can say that I was the only Mexican under Sir Alex Ferguson, I scored the last goal under him, I am the only Mexican who has won [the Premier League] so far.

"I hope more Mexican players can be in a United shirt, I will love it. But I am the only Mexican who has won the Premier League and then twice and it was the 19[th] and 20[th titles].

"They then helped me to live another opportunity like play for Real Madrid and then go to Germany. Everything was because of those four years in my career."

He then reflected on a time where he felt truly loved by the United support, returning to Old Trafford as a visiting player in the claret and blue of West Ham.

"It was a bittersweet moment. It was like ‘Man, it’s an ovation but I’m still in the opposition, I could have been in the field with the red shirt’.

"Even though I was with one of the very traditional and greatest teams like West Ham – I was very lucky to play with them as well, it was amazing, I was grateful – it was like ‘yeah, I missed this kind of ovation I’ve had in the past’.

"I remember I had one when I scored the winning goal against Newcastle in the 4-3 at home and then Sir Alex Ferguson took me off," he recalled.

"It’s Old Trafford and regardless of that, Old Trafford being very grateful for those four amazing years in my career, it was a fortunate experience for me to take.

"I'm very grateful that I pushed myself, that I paid all the prices to be able to live those experiences."

To conclude the call, Chicharito again expressed the gratitude he has for United and their fans, in how the supporters have treated him and his family so kindly since he joined the club over a decade ago.

"The way my family experienced it, the way that city, that country and like I told you all that family treated my family. I will always be grateful."