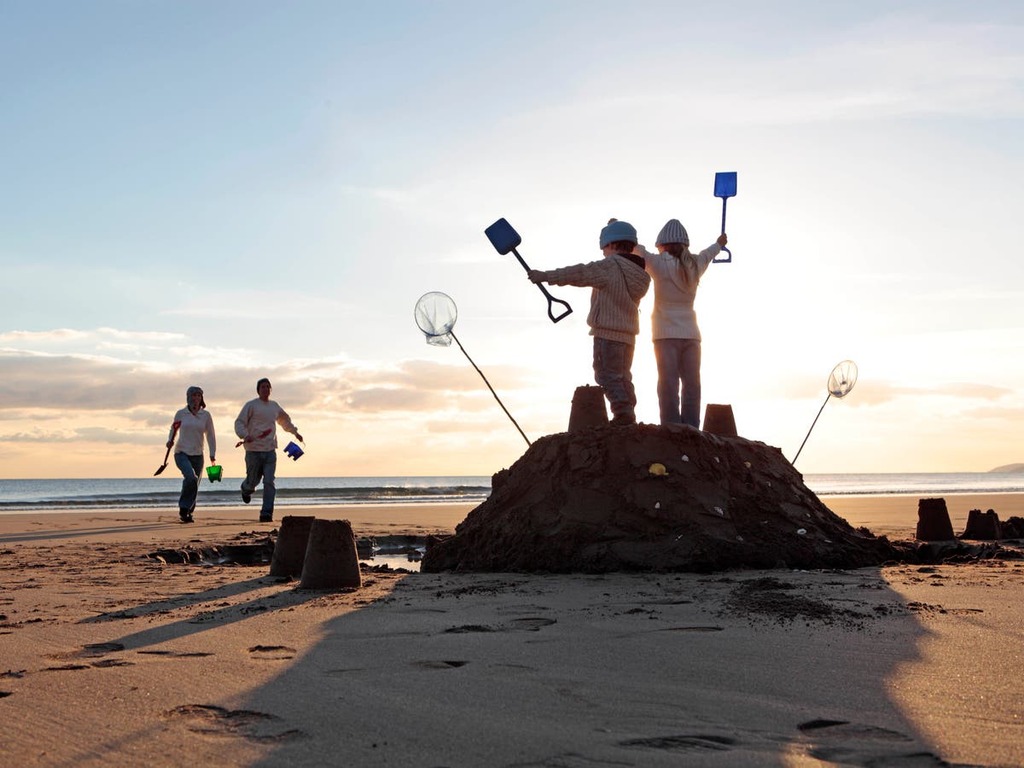 Edinburgh is a city with something for everyone, and it doesn't come as a surprise that everyone in EdinburghLive's team…

The Guardian - UK
Life in my calm, beautiful Leeds hometown that will always pull me back

Daily Mirror
We went to McDonald's, Five Guys and Burger King on Piccadilly Gardens and the winner was a no-brainer

Pedestrian.tv
From analysis to good news, read the world’s best news in one place
Patrick Beverley Responds to Matt Barnes After CP3 Comments

There’s nothing quite like visiting somewhere you haven’t been to in years to hit you with a huge wave of nostalgia.

Growing up in Liverpool meant I was only ever a stone’s throw away from Gulliver’s World in Warrington and school trips to the theme park were often a possibility. While we didn’t get to visit nearly as much as we’d have liked, making the short trip was always exciting.

These days I’m much more likely to get excited to visit Warrington’s IKEA, which is just minutes away from Gulliver’s World, but a recent trip to the theme park changed my mind.

READ MORE: 50 places you went as a kid if you grew up on Merseyside

That’s not to say the visit didn’t have its ups and downs - but what day out with kids doesn’t? A recent trip to Warrington theme park sent me back in time, in the best way possible.

I recently headed to Gulliver’s World with my brothers and sisters and their kids - here’s what happened.

I have never - and I mean never - had such ease getting into a theme park. We followed the signs straight through to the car park without any trouble or traffic and were waved into a parking space quickly and efficiently by a member of staff.

Once parked, we took a short walk to the main entrance where we queued for all of five minutes. I was shocked at the ease of it all to be honest, especially since we’d booked to visit on a very warm and sunny day.

However, I did find the queuing a little bit of a free-for-all, with no clear system. Our group bunched together and only one person was asked to present their ticket. We had actually booked in two separate groups, so there was clearly a bit of confusion or oversight by staff on the day - but I’ll put that down to how busy it was.

Talk about a blast from the past. Stepping into Gulliver’s World took me back to my childhood. From the bright red signage to the large lake overwhelmed me for a minute, I remember running around with school friends - and quickly being told to stop by a very stressed out teacher.

The park features a range of different areas including Gully’s Cartoon Studio, Smuggler’s Wharf, Lilliput Land, Safari Kingdom, Lost World and more. These days there are even some enormous rides for thrillseekers - AKA not me - to try out, such as Desperado Drop and Togo Tower.

For my family, Lost World stood out from the crowd. As we’re all big Jurassic Park fans, we couldn’t resist trying out all the dinosaur-themed attractions.

From the Jurassic Jeeps and The Hatchery - which features giant dinosaur eggs you can sit in and are then spun around - we had so much fun we hardly wanted to leave the area. It took some convincing for my nine year old nephew to get on Flight of the Pteranodon but it was definitely worth the hassle.

The ride consists of paired carriages that are suspended from a roundabout structure that spins. Riders lay on their stomachs, holding on to a bar, their legs supported and a safety bar secured on their backs. It may be hard to explain but it's definitely worth a go.

Heading into Lilliput Land is where we met some hurdles. The area was not quite as toddler-friendly as I’d want with two little ones under the age of three wanting desperately to try every single ride possible.

In the end, this meant we had to split into two groups. Half went on the always exciting Adventure Canyon, which allows visitors to ride in round rubber boats that travel around a water circuit. The rest headed towards Gully’s Cartoon Studio for the outdoor play areas and soft play to allow the toddlers to burn off some energy.

The outdoor areas were busy but well kept, but the soft play centre wasn’t up to the same standards. The small area was tucked away at the back of a restaurant, almost an afterthought. Scattered with shoes, food wrappers and overturned chairs, I wasn’t particularly impressed.

Things soon turned around again after heading into Smuggler’s Wharf. While the thrill seekers of the group headed to The Antelope, the wooden rollercoaster that was once the largest ride at the park, the rest of us took a break and indulged in a much-needed ice cream cone.

The trip to The Antelope took a while, with people happy to wait in the lengthy queue due to the sunny weather. Before long I was in another queue, for the Pirates Cove, which sees visitors sit in a circle, which spins and moves quickly back and forth on a curved track. It was fun, thrilling and about as close to a rollercoaster as I plan on getting.

We rounded off our trip with a visit to yet another outdoor play area and a go on Billy Bob’s Bi-Planes for the little ones. We took a stroll back towards the exit, enjoying the sight of the sun hitting the lake and knowing without a doubt that the kids would be falling asleep on the journey home.

We stopped a number of times throughout the day for food and drink from the stalls dotted throughout the park. Upon arrival there wasn’t much variety, with the first coffee shop we spotted being closed.

The further into the park we got, the more stalls filled with snacks and cold drinks became available. Many of the stalls had lengthy queues but we walked a few minutes further into the park and found a place to grab some drinks - the slush was a winner all round. They weren’t too expensive either, which is always a concern when you’re taking a load of kids out for the day.

There are a number of restaurants to stop at during the day too including Gully’s Grill, Antelope Galley, Lilliput Fryer and more. We decided to stop at a small eatery tucked away in Safari Kingdom which served pizza, hot dogs and cold drinks.

The freshly made 10” pizzas were well worth the £13 each, arriving piping hot, melted deliciously and filling enough that I didn’t even mind running around after kids all day. While I can’t say what the hot dogs tasted like, my brothers devoured theirs in seconds so I’d say that means they were impressive.

My trip to Gulliver’s World in Warrington was nostalgic and exciting, taking me back to my childhood while proving to still be an excellent day out - even if you’re probably too big to be going on the rides.

Edinburgh is a city with something for everyone, and it doesn't come as a surprise that everyone in EdinburghLive's team…

The Guardian - UK
Life in my calm, beautiful Leeds hometown that will always pull me back

Daily Mirror
We went to McDonald's, Five Guys and Burger King on Piccadilly Gardens and the winner was a no-brainer