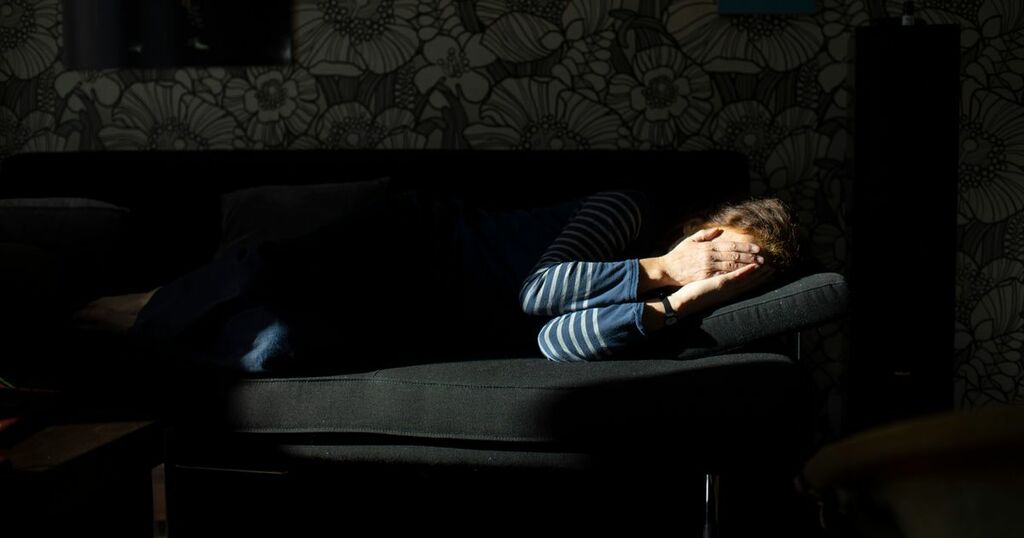 A mum has opened up about her experience of suffering domestic abuse at the hands of her own son.

Lisa said her 13-year-old boy, James, became so violent that she feared for her life.

At times, she insisted that her two-year-old slept in her bed, over fears of what her teenage son would do.

Her account, which features in a TV documentary, comes as charities say they have seen a rise in "child on parent" domestic abuse - with children as young as five referred for help - as "being locked in together" escalated the situation for some families.

Read more: The men who beat their partners: These men have all been jailed for domestic abuse this year

Lisa, whose name has been changed to protect heridentity, told BBC Wales: "He just got angry for no reason and went into the living room and threw the dog. Just picked the dog up and threw him.

"The dog squealed, and I just held it."

She said her son's violence became so out of control, and was forced to make regular 999 calls. But Lisa insisted she was always told that nothing could be done.

On one occasion, James grabbed his mother's injured hand, on which she had just had surgery.

And she said that one of her lowest moments was begging social services to take her son away.

She said: "It was all going downhill so fast. I felt like I was being judged for having a child that was so aggressive, so horrid.

"It was as though he was letting me have parental control when he felt like it. Then if I punished him on the wrong day, I was going to get it."

Lisa found out that James was being bullied himself, but was unable to help him due to their difficult relationship.

She was eventually able to get help from the Parallel Lives programme, a project funded by the Home Office and overseen by the Wales Violence prevention Unit.

Parallel Lives said it saw child-on-parent violence referrals increase by a third since the start of the pandemic in March 2020.

"We've seen cases where children have thrown television sets at parents, we have seen cases where they have attacked parents of hammers, with knives from the kitchen," said Nick Corrigan, director of Media Academy Cymru, which runs the Parallel Lives programme.

"Even one instance could be fatal," he said.

Mr Corrigan said it was safe to assume "being locked in together" had escalated the situation for a lot of families.

"We're getting younger and younger referrals," he said. "In the last week, we've had referrals for five-year-olds."

The programme's co-ordinator said most children's aggression stemmed from an unmet need - in James's case being bullied himself was a factor.

"They don't wake up one morning and want to behave the way they are," said Megan Davies.

"They are showing those behaviours as a way of communication, of saying 'there's something going on, I need help'.

"Unfortunately, they often haven't got the vocabulary, or the mental health for whatever reason, to verbalise how they feel."

Thanks with Parallel Lives' help, Lisa said her son had been getting specialist help for his anger.

She added: "James has learned empathy on a deeper level. He now wants to help himself again."

She said both of them were now willing to do whatever it took to stop their relationship becoming so bad again - while they also hoped their story might encourage others, to know that things can get better.

Lisa 's story features on Wales Live, which is broadcast on BBC One Walesat 10.30pm tonight.