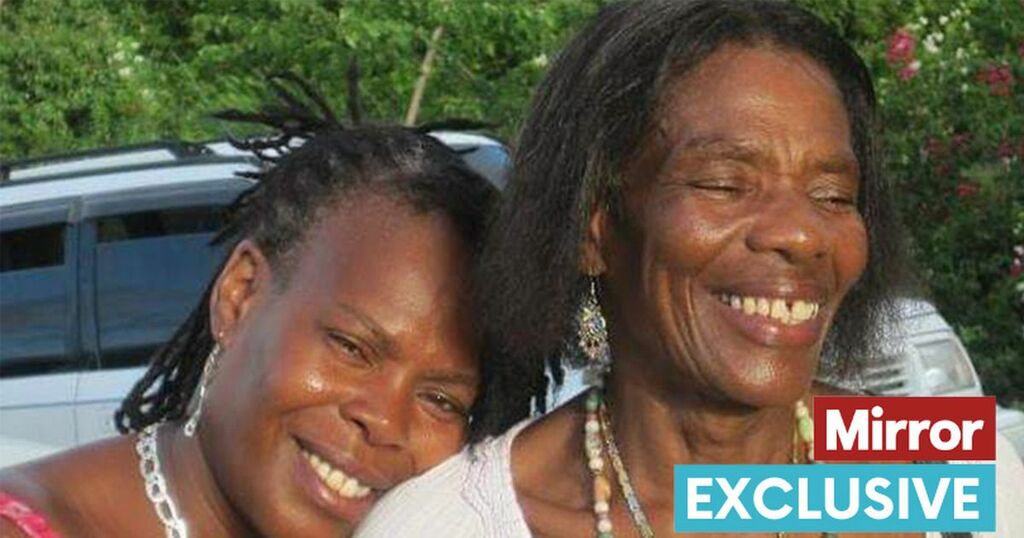 A heartbroken daughter says she has been 'robbed' by the Government after it emerged No10 held a garden party on the same day as her mum's funeral.

Ann Andrew has been rocked by the revelation that 40 people enjoyed drinks and picnic food at the 'bring your own booze' event on May 20, 2020 - as she said a final farewell to her mum.

Due to Covid rules at the time, just 10 members of Ann's family could attend the funeral of 84-year-old Tina Andrew who died after a brave battle with dementia and Alzheimer's.

Ms Andrew, from Lewisham, south London, said: "I was in disbelief when I realised the date was the same day of my mum's funeral.

"The Government are such hypocrites and deeply insensitive.

"I couldn't even comfort my family at my mum's funeral yet they were drinking wine at a party? I just can't believe it.

"My mum was very popular and everyone loved her so we would have given a her a funeral with the whole shabang. It was the final deed I wanted to do for mum but instead I was robbed of doing so by the Government."

Ann's mum was originally from Grenada and came to the UK in 1957 before working for the NHS as a district nurse for 30 years.

After she was diagnosed with her illness she lived with Ann who looked after her until she became ill herself.

The 63-year-old mum-of-three said: "I had a stroke and then I had a heart attack so I had no choice but to put my mum in a care home.

"I would visit my mum literally every day and she was also visited regularly by her other children, grandchildren and her great-grandchildren.

"We are a big but close family and although she was in a care home we did everything for her from washing her to bringing her cooked meals to eat."

Nine days before the nation was plunged into a lockdown on March 23, Ann was told she would no longer be able to visit her mum as Covid ripped through the nation.

Ann said: "I think my mum pined for me during lockdown. I was there all the time and then she wouldn't have understood why I wasn't visiting her anymore."

On Mother's Day - the day before lockdown began - Anne and her family tried to visit her mum laden with cards and flowers but they were turned away.

"They took our cards and flowers to give to my mum but they wouldn't let any of us in," Ann explained.

"My mum would have been wondering where we were.

"Soon after she stopped eating and I had no idea how badly she had deteriorated until I got a phone call saying she was coming to the end of her life.

"The call came out of the blue."

Due to the gravity of the situation Ann and her family were allowed to visit her mum but only two at a time.

"At the cremation we had to be socially distanced apart and we couldn't comfort each other.

"My niece was sobbing her heart out and no one could give her a hug."

The lockdown party on the same day of Tina's funeral was revealed in a bombshell email which emerged on Monday.

It was sent to 100 people by Boris Johnson ’s Principal Private Secretary Martin Reynolds and marked 'official sensitive, No10 only'.

Mr Reynolds said "Hi all, after what has been an incredibly busy period it would be nice to make the most of the lovely weather and have some socially distanced drinks in the No10 garden this evening."

Vividly remembering the weather, Ann said: "It was a lovely day and it was so warm I was wearing no sleeves at the funeral.

'We would have loved to have had a big send off for my mum where people could have gathered outside.

"Instead people lined the streets all the way to Honor Oak crematorium and clapped as her coffin passed but it wasn't the same as being at the funeral.

"'We were only allowed to have three wreaths and my mum's grandchildren were not allowed to carry her coffin but yet Boris and his friends were enjoying drinks in a garden."

On Wednesday Mr Johnson apologised for the garden party and finally admitted that he was there.

He told MPs that he “went outside for 25 mins" to thank staff but admitted "with hindsight I should have sent them back indoors".

But he tried to wriggle out of censure by saying: "I believed implicitly that this was a work event."

Ann said Mr Johnson's apology is "too little, too late".

"Is he apologising because he's been found out or for what went on?" Ann said. "Whatever it is it's not good enough.

"It's been almost two years and as I am talking about this my mum's ashes are next to me because I am unable to take her back to Grenada due to travel restrictions.

"Boris' apology is too little, too late. He is a buffoon and should resign."

Sue Gray, one of the UK's top civil servants, is investigating four events in 2020 which the PM is thought to have attended including the one on May 20.

On Thursday news of a fifth alleged lockdown party at No10 emerged which is claimed to have taken place the day before Prince Philip's funeral.

The Duke of Edinburgh died on April 9 at the age of 99.

Downing Street staff are said to have downed booze at two leaving parties the night before the Queen sat alone at St George’s Chapel, Windsor, on April 17 last year.

Officials in No10 allegedly drank late into the night as they said farewell to Mr Johnson ’s top spin doctor and one of the Prime Minister’s photographers.

An aide allegedly arrived with a suitcase full of booze and Mr Johnson's one-year-old son's garden swing was broken during the antics.

Mr Johnson was at Chequers at the time.

Just hours later Her Majesty followed strict coronavirus rules and sat alone as she said goodbye to her husband of 73 years.