I was ready to play 'Horror Tycoon,' then I saw the developers' Nazi simulator

Over the weekend, YouTube’s algorithmic gods suggested I watch the trailer for an upcoming video game called Horror Tycoon. I gave it a gander, seeing as how I love both horror and tycooning games, and wouldn’t you know it? Horror Tycoon looks great! In it, you apparently build one of those elaborate Halloween haunted house walkthroughs, then subject your hapless visitors to all manner of scares and deadly boobytraps. Love it. Sold.

Jazzed about the upcoming macabre management simulator, I looked up Horror Tycoon’s developer, Gameparic, to see if the indie studio had any other titles available in the works. Turns out, they do: mostly pretty self-explanatory stuff like Lake Resort Flipper, Bartender Simulator, Kaiju Commander... and then something called Project Wunderwaffe. Hmm, “Wunderwaffe?” My German is rusty, but I’m guessing maybe, like, a waffle making simulator of some kind?

“Project Wunderwaffe will take you back into the realities of World War II, the end of which seems to be near,” begins the title’s description on Steam. “Germany is now just a shadow of its power. Your order is to build a secret military base and construct weapons of unprecedented power. Will you be capable of turning the tide of war?”

Judging from the recent beta test announcement trailer, Project Wunderwaffe look to be yet another spin on bunker-building and management games like Fallout Shelter or Frostpunk, only its novel twist is unironically playing as fascists? Other game footage I found online includes cut scenes like New York City circa 1945 getting nuked, alongside various other outrageous weapons of mass destruction that you’re tasked with researching and constructing to defeat the Allied forces.

Of course, actual words like “Nazis” and “fascists,” along with their iconography, are never used in the official descriptions, or on the Polish developers’ official Discord server that I perused. The latter’s rules specifically prohibit “racist jokes or comments,” and I couldn’t even make out any dog whistles or the like on the Discord’s pretty regular online chatter. So is Project Wunderwaffe simply incredibly tone deaf and unintentionally inflammatory, instead of being an actual Nazi sympathizing simulator?

The answer doesn’t really matter, of course. Nazi enthusiasts are already well aware of Project Wunderwaffe’s existence, and they certainly seem very pumped about it.

Although Wunderwaffe remains an incredibly small indie game, the handful of YouTube videos concerning it have already racked up tens of thousands of views. What’s more, none of the videos I’ve scanned so far appear to address the fact that your end goal here is literally staging a triumphant Nazi comeback to conquer the world.

This is not lost on many of these videos’ commenters, however. “Very refreshing to play as the based side for once,” one user wrote, with another person directly replying with “We defeated the wrong enemy.” “I hope this game works out,” yet another commenter named “[Pure Blood] Anglo Christian” posted elsewhere, “I’ve been wanting to play a game where the Germans are actually the protagonists.”

“It’s like having a cute little nyazi antfarm,” one person wrote, presumably including the misspelling to evade YouTube moderators.

Wunder what happens next —

I’ve reached out to Gameparic for clarification on Project Wunderwaffe along with their own stances on all things Nazi, and will update if I receive a response. Meanwhile, it seems like Wunderwaffe will continue chugging along towards under the radar towards its official release thanks to beta testing and input from hundreds of gamers who are, at best, ambivalent towards the prospect of Nazi cosplay. At worse, there are clearly more than a few who are stoked the help with the Project. 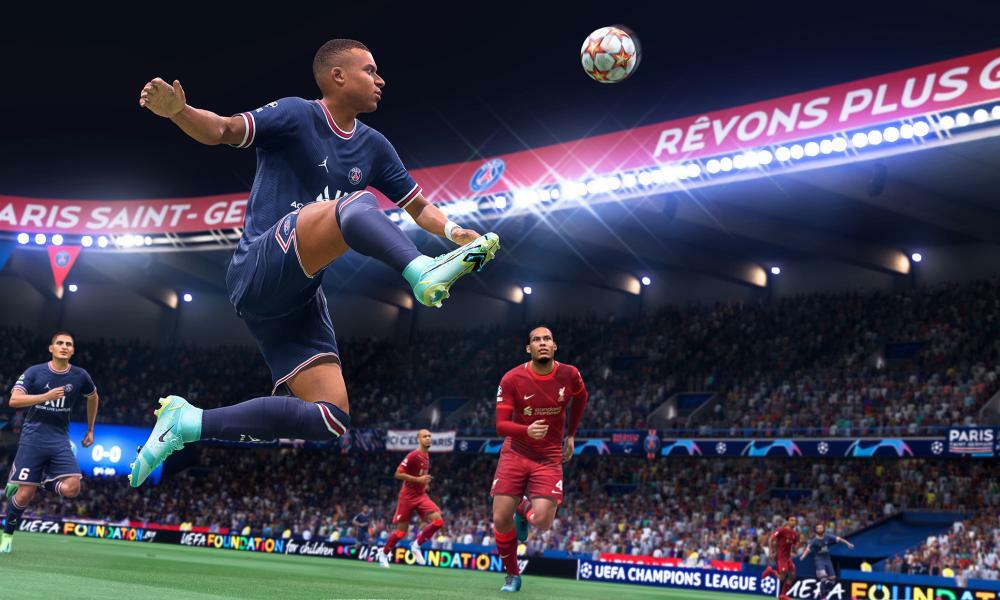 Pushing Buttons: What the EA-Fifa split means for fans
In this week’s newsletter: Predictably, this breakup of a thirty-year deal isn’t about fans at all - it’s just about…

The Guardian - UK
One subscription that gives you access to news from hundreds of sites
2022 game releases: The biggest games launching this summer and fall