'I was being followed': Double life of a campaigner against racism

Jeanette Harper once led a double life - and she's very proud of it.

Her husband was the Australian consul in the embassy in South Africa during the apartheid years. Instead of quietly staying in the background - diplomatically - she became involved in the anti-apartheid movement.

By day, as it were, she was a dutiful diplomat's wife, playing bridge and making small talk at official embassy functions. In her other life, she was a treasurer of the Black Sash movement.

This was in the late 1980s when apartheid seemed entrenched and the Afrikaner government and community had circled the wagons against the world.

Today, Jeanette and Jim Harper's home in Deakin is a shrine to the art and craft of black South Africa, and of her time campaigning for it - quietly.

As the Consul at the Australian High Commission, Jim was responsible for promoting Australia and sorting out visas and the like. Jeanette was there as his wife and the mother of their two daughters.

But she decided she wanted to do more. She had met black South Africans and been impressed by them. She felt for them in their struggle for basic equality. When she was invited to meetings of the white liberal Black Sash anti-apartheid movement, she accepted.

The two Australian ambassadors to South Africa during her time there both said she could get involved but not as president, and only if she didn't wear a black sash. In other words, the rule was: do your work but don't let it be identified with the official Australian government position. She became a treasurer instead.

But the South African authorities knew.

"I was always followed," she said.

At first she didn't realise but then the penny dropped. She had dropped their daughters off at the school gate, and then realised she was being tailed home. "Jeez, that car is close," she says she thought.

"And it clicked that I was being followed."

And so it went on. "I would always let them follow me."

When she used to get home, and turn into the driveway, the car would then speed off.

On top of that, she and her husband said there were often mysterious clicks on their phone.

It is the duality of her life which remains with Jeanette Harper.

In her activism for Black Sash, she would sit in court in solidarity with black defendants, and then later in the day chat amiably - as she had to - in a formal gathering with white South Africans who loathed black people.

Some members of Black Sash protested outside trials and outside public buildings but Jeanette was not allowed to do that by the embassy. The diplomatic rule was that she could be involved but not show that she was involved. "The ambassador asked me not to do that so I didn't do that."

"I never told Afrikaners about Black Sash," she said. "They were so negative about it. They told you that Black Sash people were black lovers; that we were mentally deranged; 'Why would you do that against the whites?'"

Racism was ever-present. "I went to the supermarket one day, and I was getting the groceries tallied up.

"And in this Afrikaner came, screaming, 'Who said blacks could be in a supermarket?'"

She said there was often antagonism to her as someone associated with the Australian embassy. South Africa at the time was being boycotted by sports teams, including those of Australia - and this was the unkindest cut of all.

Outsiders were perceived as being against apartheid, and this was resented.

"I was playing bridge and there was a general from the South African army who used to call me 'Australia', and he would say: 'Australia, I can get you sent home'.

"Afrikaners were obnoxious," she said. They would often make "jokes" about Australians' convict origins. "Every time you went to a function, Afrikaners would throw this kind of thing at you.

"I would be really upset but I wouldn't let it show."

Today, she is proud. Her home is filled with memories of a time when she could have done nothing but chose to do something. 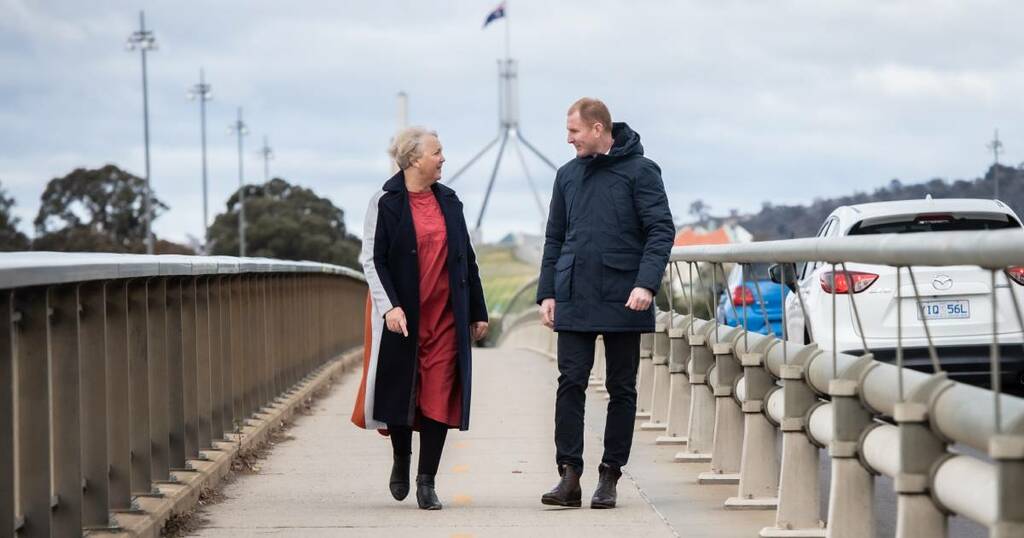 The bridge is getting a major overhaul, but it'll mean some big disruptions
The bridge upgrade is separate to plans by the ACT government for an extension of the light rail.

The Canberra Times
One subscription that gives you access to news from hundreds of sites
China reopens visas for Australians, but those with a past COVID-19 infection will have to take six PCR tests

China reopens family and work visas for Australians for the first time in two years, but people who have previously…