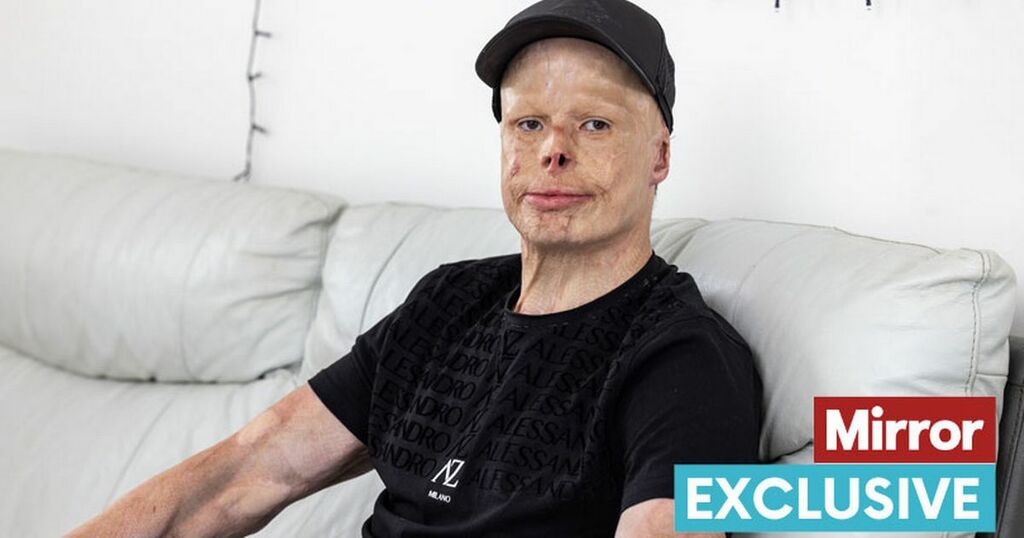 Chronicle Live
Urban explorer 'died' for minutes after 11,000-volt electric shock turned him into a 'fireball'

WARNING: GRAPHIC CONTENT Darren Harris says his life flashed before him after the power of the shock catapulted him across…

Jennifer Walsh, who 'nearly died' in the accident, said she came out of the coma 'a different person' and 'began…

To serve school communities and address inequities after COVID-19, principals must become activists
A survey of Ontario principals about COVID-19 challenges and specific school issues like technology found that in the pandemic principals…

The Conversation
Read news from The Economist, FT, Bloomberg and more, with one subscription
Learn More
Spaghetti Junction at 50: how the fabled Midlands interchange put Birmingham on the map

For half a century, Gravelly Hill Interchange – affectionately known as Spaghetti Junction – has divided opinion. Opening to much…

'I was a human fireball' - Man who died for 'several minutes' after 11,000-volt shock dubbed medical miracle

A man who turned into a 'human fireball' after being electrocuted by an 11,000 volt shock has been dubbed a medical miracle after doctors said he never should've survived his injuries.

Darren Harris, from Manchester, had been urban exploring and collecting scrap from an abandoned steel works in Wolverhampton when he stumbled across a switchboard and electric mains in November 2020.

Presuming they were switched off as the building was set to be demolished, the 29-year-old scaffolder put his hand on a live copper bar and was instantly "catapulted" across the room, the Mirror reports.

Miraculously, Darren regained consciousness and was able to flag down a passing ambulance. He was transferred to hospital and spent 27 days in a coma before waking up to the horror of what had happened.

Now 18 months later, doctors have dubbed his case a medical miracle, after he survived third degree burns across 47 per cent of his body - which left the bone exposed in both arms.

For several minutes, Darren said he was laid dead on the floor. He recalled the moment he came back to life and saw his whole body was on fire. "I put my hand on the bar and my body was catapulted across the room," he said.

"My life flashed before my eyes and I was dead for a few minutes. I don't know what brought me back but I remember waking up and my whole body was on fire, I was a human fireball.

"I ran for my life and somehow managed to scale a 10ft fence not knowing the damage that had already been done to my body. My forearms were completely debrided, I could see right to the bone.

"My face was hanging off like a flap and my windpipe was exposed. I was stood on the side of the road for a couple of minutes when an ambulance came round the corner. I threw myself in front of it and the next thing I remember is waking up 27 days later."

Darren had been transported to Queen Elizabeth Hospital in Birmingham where he had been placed in an induced coma as doctors battled with his injuries including multiple organ failure and sepsis.

Experts performed 23 surgeries including skin grafts, a craniotomy to relieve pressure from his brain and a pioneering surgery to apply artificial skin, known as Biodegradable Temporising Matrix, to his burns. Darren claims the surgeons told him they had "never seen anything like it" in their 30 year long careers.

He said: "The doctors and nurses couldn't believe it, that I even survived the initial injury, never mind the fact that I flagged down a passing ambulance and then survived the gruelling surgeries. They told me I shouldn't be here, I'm not just lucky to be alive, I'm one in a million."

As a result of his burns, Darren has been left with no nose or ears, and has also lost mobility in both hands, leaving him unable to work. Disfigured by his injuries, he has battled depression and suicidal thoughts, but says he came to realise he had been given a "second chance".

Now he has launched a GoFundMe to pay for pioneering surgery to 3D print a live reconstruction of his ears using his stem cells. "I have been through the worst pain in my entire life, I can't even describe it, and was left in a terrible state," he said.

"I've struggled to go out and socialise, I'm conscious about the way I look and I've thought about suicide during my recovery. But then I realised those surgeons didn't put all that time into me and save my life for me to waste it.

"I have been given a second chance at life and I'm grateful to be here. I want to tell my story and inspire people and show them that they can get through the hardest thing in their lives and still come out the other side."

Chronicle Live
Urban explorer 'died' for minutes after 11,000-volt electric shock turned him into a 'fireball'

WARNING: GRAPHIC CONTENT Darren Harris says his life flashed before him after the power of the shock catapulted him across…

Jennifer Walsh, who 'nearly died' in the accident, said she came out of the coma 'a different person' and 'began…