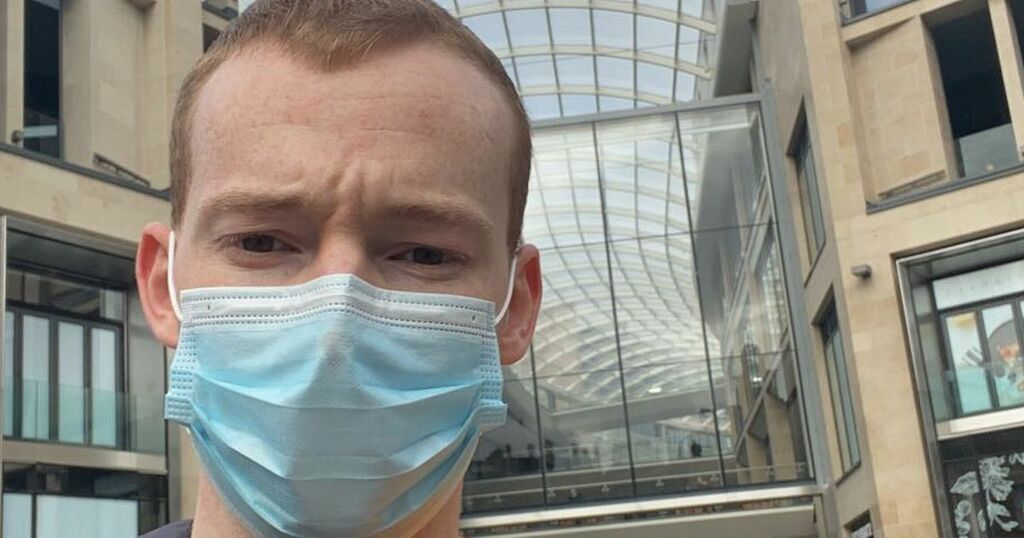 On August 9, most of the remaining Covid restrictions were lifted, and people could explore what life used to be like. Since that date, wearing face coverings in most places is still mandatory, but how many of us are sticking to the guidance?

To get a sense of how many of us still stick to the Government advice and how many of us have ditched the face covering restriction, I visited two of Edinburgh's busiest destinations, St James Quarter and Waverley Train Station, for a spot of people watching.

Wearing face coverings inside most public area in Scotland will remain a restriction for some time. Whilst a lot of us have made their peace with this, many have grown tired of being told what to do.

Before arriving at my first destination, I decided to take the bus and count that as an extra case study towards my adventure. Whilst being on multiple bus journey's in recent weeks and months, it's clear to see that they are getting more and more busy.

During the height of the pandemic, if buses were running, they had little to no passengers. As the city begins to recover and make up for lost time, things are getting a little more cramped and awkward on public transport.

I can't speak for everyone else, but personally, getting off a bus and getting my mini bottle of hand sanitiser out, is second nature. The thought of touching handrails that hundreds of random people have touched would keep me up a night.

On this ten minute journey alone, the fact that there became no downstairs seats became a panic-worthy incident for some. Do we sit next to someone, or do we stand? A question that most people still are unsure what the answer is. I must admit, though, barring a few people with exemption lanyards, everyone was wearing a face covering.

The first destination, then. The newly redeveloped £1 billion St James Quarter. For the first few weeks of this place opening, there wasn't a tile on the floor left uncovered. Since then, it has become a lot quieter, with people familiar with the shops that are on offer.

If I was to stand and count every single person I saw and how many of them weren't wearing face masks, I'd probably still be there. What I did notice, though, was that on average, most people were following the correct Government advice.

Timing it a a busy lunchtime, there were around 300 people in and around the area, of which, around 40 or so were not wearing a face covering.

Although, some people have hidden disabilities and may not wear a lanyard, it can be clear to see who is ignoring the rules and who isn't. A certain pattern unravelled to me that the majority of people not wearing face coverings were younger people, aged anywhere between 18-25.

Upon a few different visits to St James, I have come across security stopping people without face coverings to ask them why they're without one. However, I didn't notice anything like this today. After patrolling both ends of all four floors, I had to properly pay attention to notice those without a face covering.

Just for a bit of fun, I stood by the main entrance to the centre for around ten minutes and counted how many people walked out without wearing a face covering. I counted 21 people that didn't have any visible disabilities or lanyards.

As St James is a fairly open space, some people probably don't feel like they need to wear a face covering, or they feel safe enough without. Unfortunately, it isn't that simple and it's a small ask for a big difference.

After my visit to St James, I walked over to the ever-busy Waverley Station for a similar stroll. Upon my arrival, there was a clear difference compare to St James.

The amount of people that I noticed, either arriving on a train or trying to catch one, without a face covering was huge. For some reason, people of all ages had ditched the idea and it seemed like a lot of people were in too much of a rush to even notice.

Similar to St James, Waverley can be a large area and it isn't technically restricted by doors or walls. This seemingly made the excuse for people to dart up and down platforms and across paths without wearing a face covering, and nobody seemed to be stopping them either.

I tried my best to count the amount of people wearing masks, without looking too shifty, but it was probably easier counting those with masks. I'd say little under 50% of people I saw were not following the correct Government advice.

There also seemed to be a lack of posters and announcements reminding people to cover their face, or maybe I was just being blind. It certainly appears that as the months have flown by, more and more people have began to grow tired of being restricted.

As recent research has indicated that the Coronavirus is more likely to spread through close contact with people, face coverings are now more vital than ever in stopping the spread of the virus.

Although this trip could be made a thousand times and have a thousand different outcomes, it was important to get an experience and focus on something that I wouldn't typically do whilst out and about.