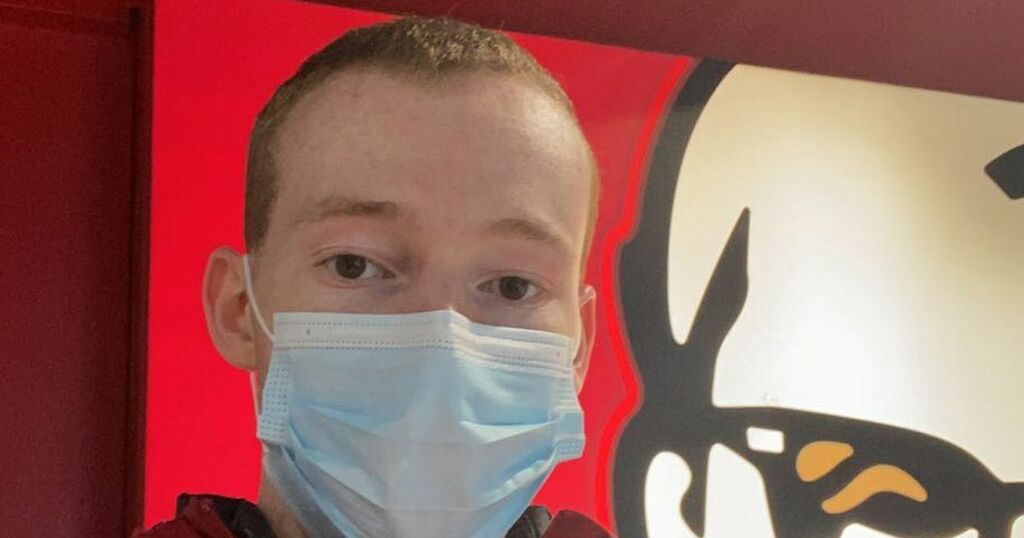 Fast food is great if you're a bit strapped for time and need something to quickly fill a gap in your stomach. For the KFC at Edinburgh's Waverley Station's sake, it's great for grabbing something before or after your journey.

As the location suggests, the famous fried chicken eatery is under a constant barrage of holiday makers and tourists, most of which will no doubt be in rush or in the mood to moan.

Every restaurant will, throughout their tenure, receive criticism. You can't please everybody, but as that old saying goes: 'the customer is always right'.

READ MORE - Aldi vs Tesco: I did my weekly shop at both to see which was cheaper

Throughout the years, the Waverley food court has come under fire for, more noticeably, letting pigeons reign free and disrupt people's eating experience. There have also been numerous food hygiene issues raised due to this, as it's not very pleasant to have a group pigeons flapping around after leftover chicken.

To get an inside experience as to what customers can and have encountered during their visits to these fast-food restaurants, I visited the KFC in Waverley station, as it has racked up a bit of a reputation throughout the years.

If you search for reviews of this branch, either on sites such as Tripadvisor or social media, there always seems to be some colourful complaints that pop up.

Upon searching for some customer reviews, there was an influx. One user said: "the food was bog standard at best and the track and trace system was not compatible with the NHS."

Another said: "This was the worst experience of my life. I got the impression I was interrupting the staff's conversation by asking to be served."

A different review detailed how they were given the wrong order, something most restaurants are often found guilty off: "Rubbish!! got back to the hotel to find half of the order missing. Priority was given to Deliveroo instead of the customers waiting."

But was my visit as bad as people make out?

I approached the reasonably quiet branch just before lunchtime. There wasn't too much of a queue and most of the tables in the seating area were vacant.

I chose a reasonably simple order: a boneless banquet meal box, because as I said, it was just before lunchtime and KFC isn't on my usual list of lunch destinations.

After not receiving a receipt from the touchscreen ordering board, I thought I was going to have to relay my order to the woman at the collection point to prove my innocence. I didn't, thankfully.

After making my way to a table in the corner, I noticed I wasn't given any napkins, a little pet peeve of mine. Up I got to go and request some, then sat back down to enjoy the meal.

When eating in most fast-food restaurants, I find myself saying the same thing: 'yeah was alright', and I'm sure most other people have the same philosophy.

When given this sort of food, I always question just how 'proper' can it be, to get served up so speedy. I thought the same today.

There wasn't necessarily anything wrong with the order, it was quick, hot enough, contained the correct items and tasted that of any other KFC I have endured in my lifetime.

My drink was a little too full, though, so my first few gulps coincided with a little puddle forming on my seat.

Other than that, there was nothing else out of the ordinary to report. I was almost impressed with how quickly the food took to prepare and as the seating area began to get busier and busier, the speedy process continued.

Although I love a moan when something isn't up to an optimum standard, there wasn't anything to complain about this time around.

Other than the small issues of no napkins and the drink being too full, the overall experience one, in a good way, wasn't really a memorable one.

In a place that has been branded 'shocking' and 'grim', the reality of the situation is that these types of places are under enormous pressure to provide a quick and effective fast-food experience and are catering to thousands of different people every week.

There's always going to be the odd mistake that someone just happens to pick up on and make a fuss out of, but for those who have worked in retail, mistakes can happen.

The inside of the restaurant seemed clean enough, the staff were polite and the food was reasonable for the price you pay.

There definitely wasn't anything visibly wrong that would make me reconsider going there ever again, and for a job that has been made increasingly difficult due to the pandemic, my experience certainly wasn't as bad as some people have made theirs out to be.