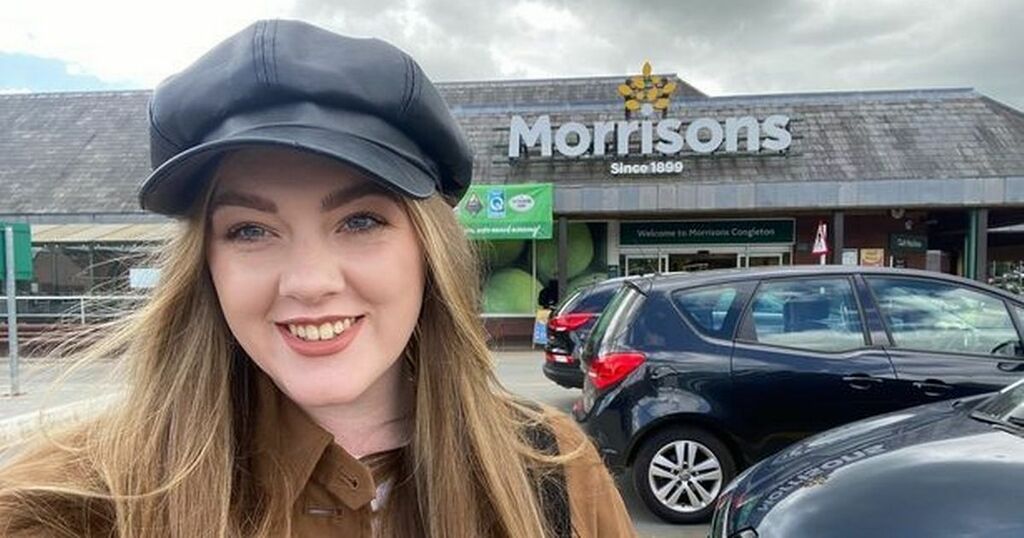 The scheme is to help fight period poverty

I was embarrassed at first but that quickly changed

Leeds Live
One subscription that gives you access to news from hundreds of sites
Hobart council meeting on UTAS move into CBD hears vocal opposition from residents, business owners

Hundreds of people turn out to oppose the University of Tasmania's planned move to Hobart CBD, with one retailer predicting…

A large crowd formed as the Prince of Wales met teenagers who had found work through his charity.

There are coded words you can use in some shops and other premises by which you can discreetly ask a member of staff for help. One such example is the 'ask for Ani' scheme used in Boots by people seeking help from domestic violence.

Another, Ask for Angela, is used in clubs, pubs and bars for drinkers feeling unsafe on a date. But did you know that there’s also an initiative where people who are on their period can get free sanitary towels in their local Morrisons?

The ‘package for Sandy’ initiative was launched last year by Morrisons community champion Emma Parkinson in response to period poverty at her local store in Bolton. Following a trial, the initiative is now available in 497 stores, with the supermarket distributing a further 125,000 sanitary products to local charities in a bid to 'end period poverty', MEN reports.

READ MORE: Five subtle ways to get help if you are in danger

It can be really quite distressing to realise you’ve just come on your period in a public place, and there’d be no chance of escaping the supermarket with a full food shop without forgetting a few important items because you were stressing about leaking onto your jeans. That’s without the worry of whether or not you can afford the products, particularly with the rise in the cost of living, and if you’d factored emergency pads into your weekly budget. So I decided to see whether Morrisons staff would help me, or others caught short without a sanitary towel, when asked for a ‘package for Sandy’.

Heading into my first Morrisons branch I was feeling quite nervous as I’ve not actually menstruated for six years but asking for a period pad made me feel like I was back in high school asking the school receptionist for a spare. There was no-one at the customer service desk, but it didn’t take long for a member of staff to head over. When the friendly sales assistant asked if they could help me, I asked: “Hi, I wondered if you had a package for Sandy?”

“Yes, of course,” she replied, before heading to the filing cabinet behind her to pull out a brown paper bag with the word ‘Sandy’ written on it in marker pen. It was discreet and certainly nothing unusual about the package beyond the fact my name wasn’t Sandy, but who’s to know?

The whole conversation took less time than it took for me to reverse bay park in the car park, and I was thrilled at the success and swiftness of the scheme. If I had truly been caught without a sanitary towel, I’d have been extremely grateful, but instead I explained that I was a journalist and wanted to know if the initiative worked, and handed back the package for someone who truly needed to use it.

During my second store visit, the customer service desk was being manned by a member of staff who, though they asked me to repeat myself, knew exactly what I was covertly asking for and headed into the back to retrieve not one, but two brown parcels.

Each package for Sandy includes two single sanitary towels, which is enough to get your through your food shop and home without a major disaster. I thought it was very generous that the sales assistant had offered me two packages addressed to Sandy. Again, I explained why I was really asking, but that I was really pleased to see that the scheme does seem to work.

I was feeling really positive by the time I headed into the third Morrisons branch, though asking for a ‘package for Sandy’ was still a little daunting. There was still a chance a staff member could look at me like I’ve got two heads and say ‘no, sorry, nothing for Sandy here’. But that never happened.

This time, the customer service desk was a little busier, but seeing as other customers were unlikely to think twice about my code phrase, I didn’t mind asking for the package in front of them.

It was another female member of staff, which was purely a coincidence, who quickly pulled out a brown envelope addressed to Sandy from behind the counter. I loved that all of these interactions took less than 60 seconds, meaning that anyone fearing ruining an outfit and facing potential embarrassment wouldn’t suffer for long.

It was only in the fourth store that I hit a bump in the road, as when I asked the sales assistant for a package for Sandy, she nodded in acknowledgement before searching the cabinet behind her, only to discover that they’d run out.

I was half gutted that I hadn’t hit a 100 per cent success rate, but thrilled that it’s clearly a scheme that’s being used by members of the public, and serving its intended purpose. I was impressed that every member of staff I asked was aware of the initiative and were able to help me without making me feel ashamed or degraded. I’m just really thrilled to know that, if I - or anyone else - happened to be in need of a sanitary towel, Morrisons have got our backs with no questions asked.

Find out what's happening in your area by entering your post code:

The scheme is to help fight period poverty

I was embarrassed at first but that quickly changed

Leeds Live
One subscription that gives you access to news from hundreds of sites
Hobart council meeting on UTAS move into CBD hears vocal opposition from residents, business owners

Hundreds of people turn out to oppose the University of Tasmania's planned move to Hobart CBD, with one retailer predicting…

A large crowd formed as the Prince of Wales met teenagers who had found work through his charity.