It's not unusual for art to make you feel something. Whether it's Vincent van Gogh's Starry Night, Grant Wood's American Gothic or even Banksy's Balloon Girl, paintings and sculptures can leave us feeling enlightened, inspired and even a little bit emotional.

What is perhaps less expected is for a piece of artwork to make you feel like you're sitting inside a giant mango. Or being slowly sliced up into spaghetti. Or swimming deep underwater with a shoal of silvery fish. Or all of the above.

These were just some of the crazy things I experienced when I visited the new immersive art experience that has just opened in Cardiff. Bringing together an award-winning team of artists, composers, scientists and philosophers, Dreamachine is an innovative new project that uses a mind-bending combination of sound and flickering lights to explore "the limitless potential of the human mind".

Read more: Team behind one of Cardiff's most popular bars to open new lounge venue

Sat in a circular chamber and exposed to flashing white light, audiences are taken on a kaleidoscopic visual journey through their own mind, with the whole event experienced through closed eyes. While it is a shared multisensory experience, however, everyone sees something completely different to each other.

The free installation - one of 10 projects being held nationwide by Unboxed UK - takes inspiration from a little-known invention by artist Brion Gysin in the 1950s. Gysin's experimental homemade device, which he intended to replace the TV in every home in America, used flickering light to create vivid illusions, kaleidoscopic patterns and explosions of colour in the mind of viewers, who would each create their own cinematic experience.

More than 60 years on, the invention has been reimagined as a collective experience, with the team behind it including Turner Prize-winning artists Assemble, Grammy-nominated composer Jon Hopkins and a team of neuroscientists and philosophers from the University of Sussex and the University of Glasgow.

Dreamachine opened on Thursday, May 12 at Cardiff's Temple of Peace, with the building being specially chosen due to its history as a place of inspiration, and will run until June 18. It is also currently running at a site at Woolwich public market in London and will visit Belfast and Edinburgh later in the year.

There has certainly been a lot of excitement around the one-of-a-kind project - but would it be worth the hype? And, just as importantly, would I completely lose my mind?

After filling out a pre-entry form, I entered the marbled main hall at the Temple of Peace with mixed feelings. I was excited to see just where my mind would take me but also felt slightly apprehensive - call me old fashioned, but I quite like having a grip on reality.

Gathered outside a huge blue structure - the Dreamachine itself - those of us in the audience were told what to expect by the project's 'guardians' who also handed us blankets for comfort and assured us that we really would enjoy ourselves. After this quick briefing, we entered the Dreamachine and took our seats in the large circular chamber within.

Reclining on a comfy seat with the lights down low, it was hard not to fall asleep then and there, but the show was about to begin. In addition to the blankets, we were also handed eye masks, in case we felt uncomfortable and wanted to temporarily 'step back' from the light display.

After being eased in with some breathing exercises, the room soon darkened and the eerie music playing through speakers either side of my head began to build. Suddenly, I perceived a bright light through my eyelids, which began to grow in intensity. A deep red mist then expanded to fill the void behind my eyes, before fading to a rich orange bloc of colour, making me feel a bit like I was trapped inside a giant mango.

My mind was taken through a glorious sequence of colours, from deep purples to citrus greens, and this was before the kaleidoscopic patterns I'd been promised began to kick in. I was still aware of my own being at this point and a little bit sensitive to the light, but it was safe to say the machine was already starting to work its magic.

I'm not really sure what happened next. As the pulsating music built, my visions got stranger and stranger. One moment I was deep sea diving among a beautiful shoal of fish, the next I was lying on a lush green lawn, watching planes dart over ahead at supersonic speed. From striking pink cityscapes to dizzying grey vortexes, I saw it all as I started to ease into what was happening.

There were some parts of my journey that were a bit unsettling - such as being somehow painlessly cut up into thin strips and being momentarily transported to some sort of battlefield - but I was so relaxed and memorised by the psychedelic patterns and explosions of colour that I never felt in any real discomfort. Even the vision of a headless figure at the end of a long white tunnel wasn't enough to throw me off.

As the lights began to fade and the music softened, I started to become aware of my own body again. I'd switched off completely and almost felt weightless, while my mouth had completely dried up as I let the colours wash over me.

After giving my eyes a good rub and my fingers and toes a quick wiggle, it was time to head upstairs to the reflection zone, where we sat around a table to share what we experienced and even commit our visions to paper. Using my very limited artistic talents, I did my best to illustrate what I'd seen in chalk form, but it was a hard ask to say the least.

I'm still not really sure exactly what I saw, nor what it means for me as an individual. All I know is that it was intense, enthralling and unlike anything I've ever experienced. To be honest, I really want to do it again.

Jennifer Crook, the director of Collective Act, who are behind Dreamachine, said she was "really excited" to bring the project to Cardiff, having opened in London earlier this week. "It's been really interesting to see how people have reacted to this unique project," she said. "It's a shared multisensory experience, but everyone comes away from it seeing something different, which gives us an incredible insight into the potential of our minds and how we make sense of the world around us."

"We only opened in London on Wednesday, so it's all been a bit mad, but to be here today in Cardiff in this magnificent building is really exciting. The Temple of Peace was carefully selected by our team and I think it provides a really unique and poignant setting for this experience."

For those wanting to experience the Dreamachine for themselves, it's a free event, suitable for those aged 18 and above. Sessions will run Monday to Sunday between 10am and 8pm from May 12 until June 18. You can book tickets here. 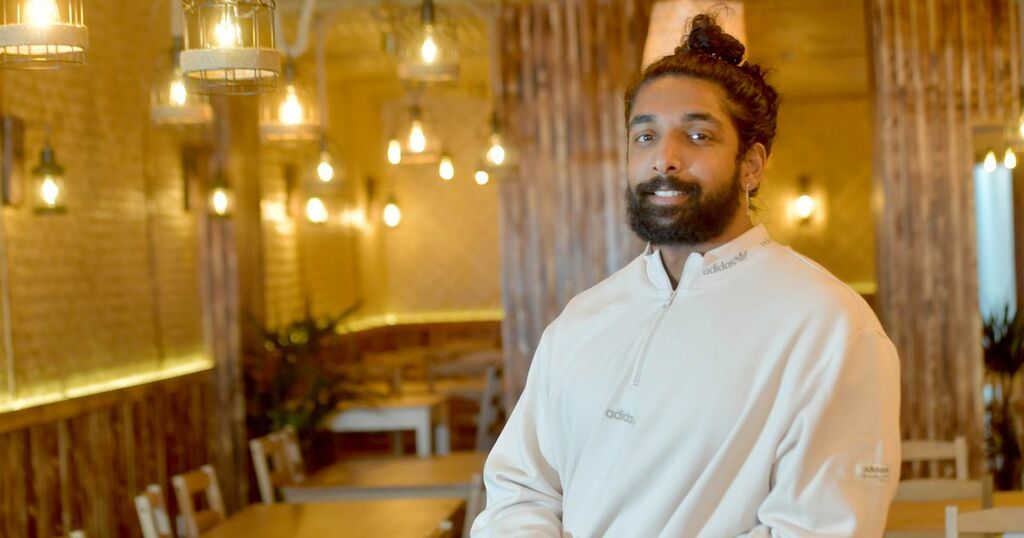