Aldi shoppers have been praising a £25 pair of in-ear wireless headphones, suggesting they’re ‘better than Apple’ so I thought I’d put them to the test.

The Apple Airpods are usually priced at over £100, but a cheaper alternative on Aldi’s website has proved extremely popular. With music playback via Bluetooth, the set comes with one pair of wireless headphones, one charging case and one USB charging cable.

With three and a half hours of playback time and 120 hours of standby time, the headphones also feature a built-in microphone for phone calls, Siri, and Okay Google. It also comes with a nifty charging case and USB charging cable which basically looks exactly the same as the rather expensive Apple version.

Firstly, wow. I was really shocked at how much these headphones looked like the Apple Airpods, from every little detail down to the little case they charge in. Part of me thought the headphones and case were going to feel plastic and ‘cheap’ for lack of a better word, but they felt expensive and worth a lot more than £25.

The headphones were incredibly easy to set up, even for someone who has a phobia of anything techy. I simply charged them up with the USB cable into my iPhone plug, turned both of them on at the button on each headphone and connected my phone to them on Bluetooth - it was as easy as that.

I was pleasantly surprised with the sound quality, which was definitely above average. I’ve spent a lot of my life resenting cheaper headphones for their ‘tinny’ like sound, but these were really impressive. They had a good bit of base to them and the quality of the sound wasn’t affected by the volume either.

Thankfully, these headphones weren’t budging, but they didn’t feel like they were stuck to my ear with superglue either. Aesthetically, they looked pretty smart, and although ever so slightly larger than the Airpods in length, they still had that stylish look about them.

The charging case has a magnet lid which was a nice touch, and it didn’t feel flimsy in the slightest. Let’s just say, I couldn’t tell the difference between these and the real deal, so Aldi really have hit the nail on the head.

I don't need to buy Apple Airpods anymore after wanting a pair for years, because these do the job for me. You can purchase the headphones as an online exclusive here. 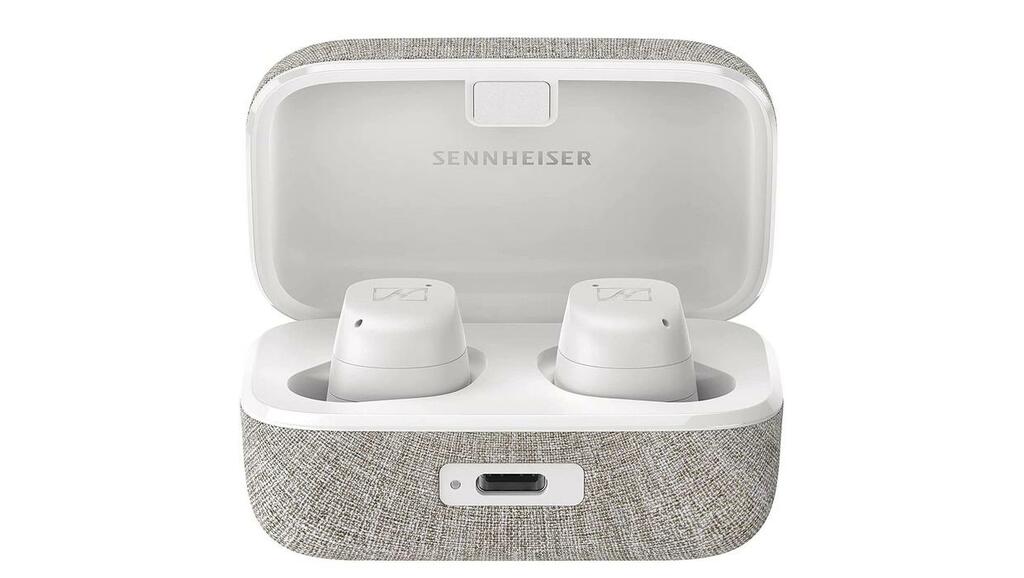 Sennheiser Momentum True Wireless 3 earbuds deliver on sound quality, despite connection glitches
Sennheiser is one of the most venerable names in headphones, but they have struggled to match the likes of Apple’s…

Irish Independent
One subscription that gives you access to news from hundreds of sites
After 3 years, Apple might finally release AirPods Pro 2