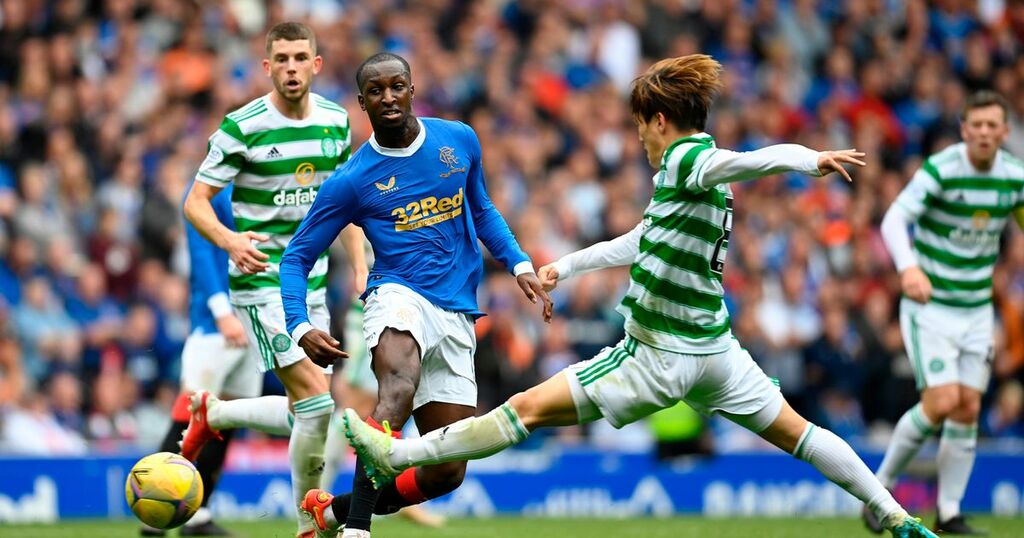 Ange Postecoglou has given a massive vote of confidence to his Celtic squad.

If I were in that dressing room I’d be champing at the bit to get out there on Monday night against Hibs and prove him right.

Postecoglou ’s declaration that the transfer window is now closed for him came as a surprise to many fans.

Perhaps it shouldn’t have been. He said he hated the situation of last summer when he was having to pull players off planes and stick them into a season already up and running.

He clearly wanted any signings this month to be in the door before the Premiership season resumed. The fact the break was brought forward has just moved his business dates.

I’m sure there is a caveat. If anything happens to someone in a key position before February 1 I’m sure he’d move for a replacement – or if a golden nugget suddenly becomes available that he can get in the door without fuss or major outlay.

But in making his declaration he’s telling his boys in the building he’s got complete faith in them to deliver more success. On the face of it, he’s got enough. All right, you wouldn’t want Joe Hart getting injured but the rest of the squad seems strong.

Turnbull is out for a couple of months and that’s a big blow. It seems Riley McGree didn’t fancy going to Celtic to fill the gap until he comes back but provided the Japanese arrivals in January are of the required quality, it’s still plenty for five months and possibly around 25 games depending on European progression.

That still doesn’t mean Celtic wouldn’t be Loons not to try and call-off games if rules apply. Just ask my pal Ally McCoist. Ever since I stated categorically on a Record Sport Celtic Podcast it doesn’t make sense for Postecoglou to go into huge games without key players at his disposal when rules clearly state he doesn’t have to, I’ve been getting pelters.

Why? Celtic want their best chance to win the title. There is a guaranteed Champions League group stage place on offer for the Premiership winners and £30million to go with it. It’s just giving yourself the best chance to have success. Self-interest dominates the Scottish game and it goes all ways.

Spare me the rubbish about running scared of Rangers if Celtic make an application to have the February 2 derby switched. I’d hardly imagine Ally was running scared of Forfar nine years ago when he was Rangers manager and invoked the rule that says if you have three players away on international duty on the dates of a club game, you can request a postponement.

With four away, the League One clash against the Loons was moved. I believe a statement on the Rangers website at the time even acknowledged some fans would be unhappy at the late call-off but said the decision was taken in good faith by the football department.

Ally did what he felt was best for his team and the same would go for Postecoglou.

Carter-Vickers, Rogic and Furuhashi are three of his very best players, right through the spine of the side.

Why would you go three games against Hearts, Dundee United and Rangers without them due to World Cup qualifiers if you don’t have to?

It might cause a crammed fixture list down the line but surely it’s better having a glut of games with a full-strength team than spacing games out and playing them without key stars?

Postecoglou strikes me as a roll your sleeves up and don’t moan type, says he doesn’t like to make excuses and prefers to just get on with things.

That’s very commendable. Maybe he thinks it would give an added motivation to those left in Scotland to produce the big results.

But if it was me I’d be doing the same as Ally and trying to get the games off if those three are called for national-team duty.

That is for later. Right now it’s about Hibs for Postecoglou at Celtic Park on Monday and it’s brilliant that there will be a crowd of 60,000 to see it. It seems the decision to bring the winter break forward was a justified call, even if one or two didn’t see it that way at the time.

Celtic’s new signings Maeda, Hatate and Ideguchi should be on show and it’s down to the current squad to hit the ground running and make a run for the title.

Postecoglou has given them and their team-mates his full backing with his transfer stance. It’s up to them to now prove he’s right.