I thought I could fill out the jobkeeper form in a day. Optimism is always a mistake 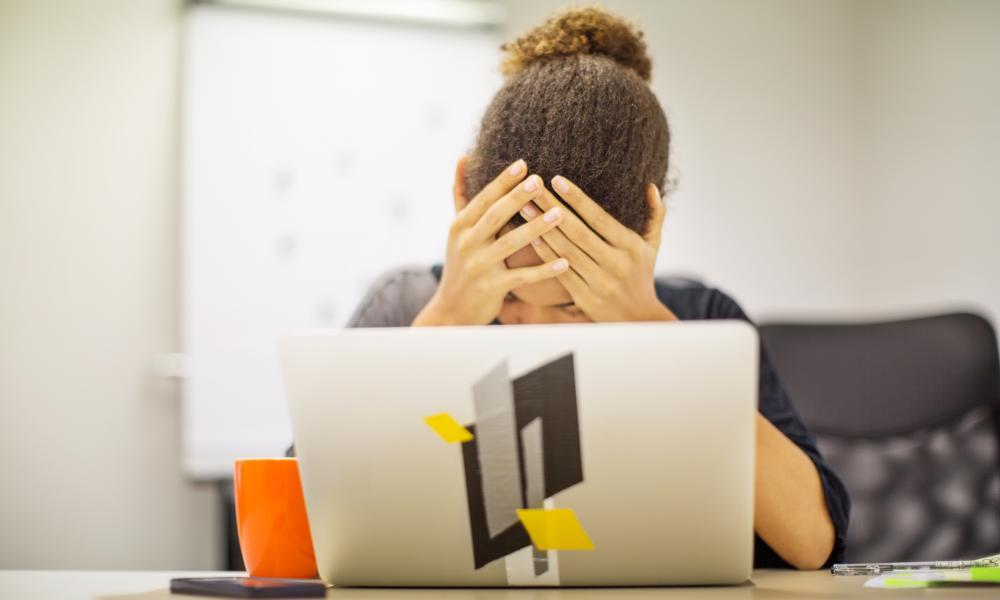 I am to blame! Not Treasury, but me. I am one of the 1,000 businesses that, according to the government, don’t know how to fill in a simple form, and are to blame for the $60bn jobkeeper error.

Except, I am not. And I have the Australian Taxation Office to thank.

I am one of the fortunate few writers who have an Australian Business Number, so I qualify as a business and a sole trader for jobkeeper purposes.

Related: How do you lose $60bn and where does this leave Australia? | Danielle Wood

As instructed several weeks ago, I filled in the form on the ATO website signalling my intention to claim. Then I, and roughly 664,000 other sole traders, had to wait. Which of course was not a problem because what sole trader doesn’t have a few months of living expenses stashed away in case a global pandemic shuts down the world in less than a month?

The “intention to claim” confirmation screen assured me I would receive an email as soon as the system was ready to take my application. I didn’t get that email. They probably just forgot, but it’s fine because a Facebook group set up by some starving writers let me know.

The first thing I had to do was link my ATO account to my MyGov account and that was easy enough. Nothing else to do in isolation, so three hours fighting through links that don’t work and incomprehensible instructions was an entertaining way to spend a Thursday afternoon.

Three failed attempts and you’re booted for 24 hours. It’s all good. I can wait another day

Then I had to link my ABN to my ATO account through the MyGovID app. I read through the instructions on how to do this, gripping my will to live with unmanicured nails. Scan your driver’s license into the app using the camera on your smartphone. The licence number scanned with no problem but the app kept insisting my name on my licence is JAKE GILMORE. Three failed attempts and you’re booted for 24 hours.

It’s all good. I can wait another day.

The next day I tried again and discovered the button that lets you manually enter the information from driver’s licence, Medicare card and birth certificate. Success!

Then back to MyGov to link the ABN through the MyGovID registration to my ATO account. I’m on the home stretch, I thought.

Optimism is always a mistake.

The ATO account refused to link the MyGovID because it insisted the address on my ATO account was different to the address linked to my ABN. I went through it, checking every minute detail. Were there any extra spaces? Incorrect commas? Capitalisations that didn’t match? I copied the address from each account into Excel and used formulas to check for discrepancies. Nothing.

I took a firmer grip on my will to live, called the help desk number for the ATO and settled down with Netflix to wait out the on-hold torment. Before I’d even had time to load the latest episode of Dead to Me, a young man answered the call and was so terrifyingly polite and helpful that I forgot his name. Let’s call him David.

I explained the problem I was having and within minutes he had recognised the issue (two separate databases and only one available to punters online because how else would you manage a government database/s?).

David fixed the problem immediately. He asked if I would mind waiting a minute or two while he checked that his changes had registered on all the appropriate systems because he would then be able to stay on the phone with me and help me fill out the jobkeeper application form. I told him I was quite happy to wait and started googling “signs of the apocalypse”.

I didn’t even had time to find “fast, knowledgeable helpful response from a government call centre” on the list before he was back to tell me it was all ready to go.

We worked our way slowly through the form.

And so we came to the key box – the one that caused all the problems, according to treasurer Josh Frydenberg – “Employees you are claiming JobKeeper for:”

Zero, he told me, was the correct answer, as I don’t have any employees and, really, who wouldn’t have intuitively known that?

David told me an FN is a fortnight, which is a thing I’m sure anyone would have guessed immediately. There were no dates on the FNs but David explained the FNs were related to the month for which I was claiming, which was related to the month in which my income dropped by more than 30% due to lockdown. That FNs don’t fit neatly into months is exactly the sort of irrelevant detail the ATO is happy to overlook because a casual attitude to dates and details in financial records is one of their favourite things.

Related: Some whinypants say the $60bn JobKeeper bungle is truly the biggest bungle in the history of bungles | First Dog on the Moon

A few minutes later we were out the other side of the online form and I clicked “Submit”. The form disappeared, and the screen closed itself. David assured me that this did not mean I had done something wrong or that there’d been an error in the application, but that I had successfully completed the application. He said I should receive payment within the next few days.

David was a bit sad when he had to tell me that I would not receive any confirmation emails or instructions about claiming for future FNs but assured me the jobkeeper money would magically appear in my account very soon (it did) and if I checked back into the ATO website again in a couple of FNs I would find a screen ready and waiting for my next monthly declaration.

Perhaps someone should send David a fruit basket or a novelty mouse pad to thank him for ensuring I was not responsible for the $60bn jobkeeper reporting error. And of course I have no qualms about publicly mocking the government departments so generously topping up my income. They’re known for their restraint and integrity in never retaliating against journalists who criticise them. Just ask Andie Fox.

• Jane Gilmore is a journalist and author. Her book FixedIt: Violence and the representation of women in the media was published by Penguin Random House in September 2019