I take no notice of Prashant Kishor, he is not a factor in Bihar: Tejashwi Yadav

PATNA: RJD leader Tejashwi Yadav has bristled at Prashant Kishor's unflattering take on his father and party president Lalu Prasad's term in power that he had neglected economic development, and dismissed the political strategist as "no factor in Bihar".

The leader of the opposition has asserted that he took "no notice" of the IPAC founder who last week launched 'Jan Suraaj', a quasi-political platform, which according to Kishor might become a full-fledged party contesting elections at a later stage.

Yadav was responding to questions on Kishor's assessment of Prasad, who ruled the state as chief minister for seven years and another eight years by proxy with his wife Rabri Devi in the chair.

According to Kishor, the RJD supremo had brought in empowerment of the downtrodden but neglected economic development, which the latter's arch rival Nitish Kumar, the current CM, tried to focus on but fell short of meeting expectations.

Kumar, whose personal ties with Kishor, viewed against the backdrop of their uneven political equations, remain a puzzle, has also dismissed the political strategist's averments as being of "no importance".

Yadav, who made his political debut in the 2015 assembly elections when Prasad and Kumar had joined hands and Kishor was helping them in professional capacity, asserted, "I take no notice, ever, of what he (Kishor) says or does. Who is he? He has never been a factor in Bihar".

Yadav was also asked about Union Home Minister Amit Shah's statement that the Citizen Amendment Act (CAA) will be implemented after the corona crisis was over, and Nitish Kumar's evasive stance on the same.

"Kumar's party voted in favour of the CAA in Parliament. My party opposed it. So we need to give no clarification on the issue. But, the chief minister definitely needs to come clean," said the former deputy CM.

Although Kumar's JD(U) voted in favour of the Citizenship Amendment Bill, the chief minister has been opposed to the proposed nationwide NRC and even got a resolution asserting the same passed by the state assembly.

Kishor, then formally in the JD(U) as its national vice president, was very vocal against the CAA and his stance brought him into conflict with Kumar, ultimately leading to his expulsion. 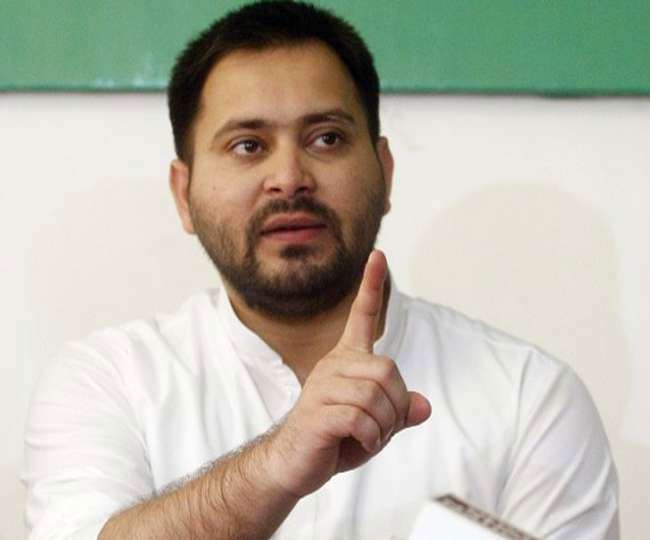 Dynamite News
One subscription that gives you access to news from hundreds of sites
Is Prashant Kishor facing toughest political challenge in his career?

NEW DELHI: Much before election strategist Prashant Kishor has embarked on a new political journey, all four prominent parties in…

The Times of India
Padayatra from Bihar to Delhi the only way out for caste census, says Tejashwi Yadav