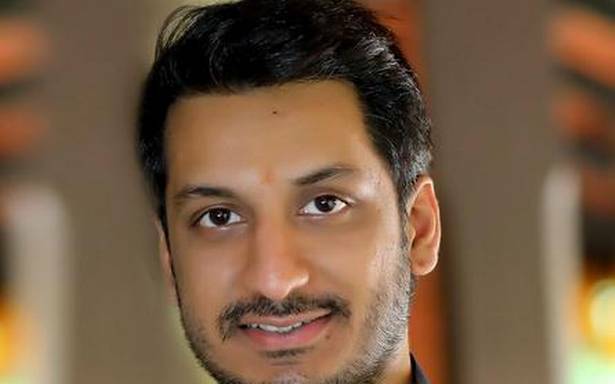 According to sources, Parth Pawar’s office was raided by the I-T authorities on Thursday evening as part of marathon raids that went for more than 12 hours from the morning.

Mr. Parth Pawar unsuccessfully contested the 2019 Lok Sabha elections for the Maval constituency, where he lost heavily to the Shiv Sena’s Shrirang Barne.

Meanwhile, NCP chief Sharad Pawar hit out at the I-T searches, remarking that the action reeked of “excessive use of power” and said that they were perhaps a reaction to his strong comments on the Lakhimpur Kheri incident in Uttar Pradesh, which he had likened to the Jallianwala Bagh massacre.

Speaking in Baramati, the NCP chief said: “The manner in which farmers were killed at Lakhimpur Kheri evoked strong condemnations from all. I spoke about it and likened the incident to the Jallianwala Bagh massacre. It certainly has angered those in power and the ongoing developments [I-T raids] may have been a result of this.”

Meanwhile, a long, explanatory press note issued by the I-T Department said that the total illicit transactions detected during the searches amounted to ₹1,050 crore.

As per the note, authorities had “carried out a search operation that commenced since September 23 on a big syndicate involving certain businessmen/middlemen in Maharashtra and some persons holding public offices”.

“In all, 25 residential and 15 office premises were covered under the search, while four offices were covered under survey. Some suites in Oberoi Hotel in Mumbai, permanently rented by two of the middlemen and used for meeting their clients, were also subjected to search. The syndicate, consisting of businessmen/middlemen/associates and persons holding public offices, used various code names in their records and in one case had back-dated records by 10 years. The total transactions detected during this search are to the tune of Rs. 1050 crore,” said the I-T Department’s note.

According to it, the middlemen provided end-to-end services to corporates and entrepreneurs from land allotment to obtaining all governmental clearances.

“Despite using encrypted modes of communication and sanitising devices, the Income Tax teams were able to recover critical digital evidence and also located a secret hideout from where various incriminating evidence was recovered. The liaisoners also used ‘angadiyas’ for transfer of cash and Rs.150 lakh was seized from one of the angadiyas during the search,” said the release, adding that documents recovered include a summary of overall cash generated and disbursed, giving the particulars of the amounts received and receivable, each being more than ₹200 crore.

The Department has alleged that key areas of “generation of this money” were cash paid by bureaucrats for getting key postings under a certain Ministry, and cash paid by the contractors for getting payments released, among other shadowy dealings.

It said that “voluminous digital data has been recovered [from today’s raids] and seized from mobile phones, pen-drives, hard drives, iCloud, e-mails etc. which is being examined and analyzed”.

So far, cash of more than ₹4.6 crore and jewellery valued at ₹3.42 crore has been seized in the raids, while four lockers found during the search operation have been put under restraint orders.